Today’s post is more for parents of children than actual parents. It’s written by my sister Rebecca, who spent a year studying organ at the Kyiv Conservatory after living in Managua, Nicaragua as a teenager (I was already in college). She wrote this a few weeks ago, when the protests in Ukraine were just starting up, and I asked if I could share it here. Here in the United States, life is mostly comfortable, and in our large country it can be all too easy to forget the world around us. I run this world culture for kids series, in part, to cultivate the passion for the entire world that my sister describes experiencing in Ukraine. 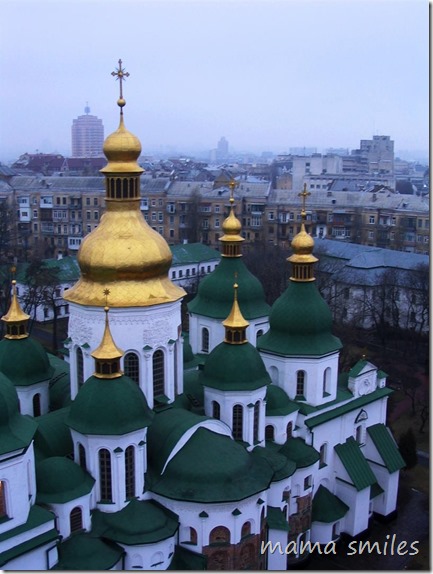 When I was a student in Kiev, I developed the habit of telling curious taxi drivers that I was from Nicaragua in order to decrease my fare from what would be asked of someone from a country whose expat citizens were expected to be wealthy. I quickly learned to do an unexpected amount of research to keep up this alibi. “Ah, I just read about your former president being placed under house arrest,” whichever driver I had flagged down might begin. “I thought it was interesting, considering…” and thus would begin an absurdly well-informed, deeply thought-out discussion on Nicaraguan politics, history, geography, and/or environmental concerns that my fledgling Russian and teenage experience of life in Managua could never quite hope to keep up with.

The same thing happened when I was asked what I was doing in Ukraine. “You’re studying organ? I attended a concert at the Organ House two weeks ago. Nine pieces were performed. There was a charming chorale by Buxtehude…” These conversations I carried on a little better, but the shock of anyone who didn’t spend hours playing music with their feet conversing freely on baroque organ composition never wore off.

Is there something about pipe organs and Nicaraguan politics that are especially intriguing to Ukrainians? No, unless you lump those topics with just about everything, everywhere. Genuine curiosity, or relentless drive to learn and understand, to see beyond the horizon, was the most commonly shared trait I came to know among the many Ukrainians who introduced me to their world, and let me find my own place within it. If I dare to make any sweeping generalizations about Ukrainians, I choose this one: Ukrainians care.
Not all about the same things. But just about every Ukrainian I have ever met has cared enough about an awkward misplaced American girl to want to know some part of my story, and to share some part of theirs. I have never encountered a group of people so well-read, so fond of philosophy, so eager to look at the dozen sides of any given issue–at three in the morning, or trudging through slush and sleet on a frozen Tuesday, or when you’ve failed an exam, or just decided that you’re in love. If that’s when it comes up. I’ve never been welcomed into a culture so incurably intrigued with this broken world, so constantly daring to care.

Which is why, I suppose, I care about Ukraine. Why I’m reading through news story after news story, in English or Russian or just deciphering captions as that’s all I can do in Ukrainian, and posting and re-posting on Facebook. Why some sort of muscle knots tight in my chest as I stare at pictures of violence and non-violence-facing-violence and an Orthodox priest with a cross walking between lines of Ukrainians fighting for their rights or following orders as a police force and, now, dying for a conflict about freedom and future and where a country ripped to pieces by hungry neighbors for too many centuries could possibly find that true path forward.

I know not enough. I’m no scholar of conflict and politics, and most of the factors and variables are issues I will never completely understand or be able to judge with creditable accuracy. I know this: Ukraine matters, every living soul in Ukraine matters, every person fighting for her future matters, every decision made by and against the protestors of Euromaidan matters. I can relate to how cold January in Kiev can be and guess at how terrifyingly real the threat against peaceful citizens standing up for their rights is. I see courage and will and sacrifice. So yeah, I care.

How can we not care? 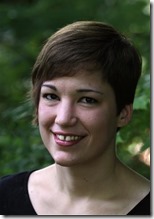 Rebecca Gataullin is a Third Culture Kid with too much world left to uncover. She lives in China, teaches bilingual 6th grade, is challenged by perfectionism and Chinese-character illiteracy, loves her Tatar husband and their raucous three-year-old Tatar-American TCK-Junior, and writes in her dreams.