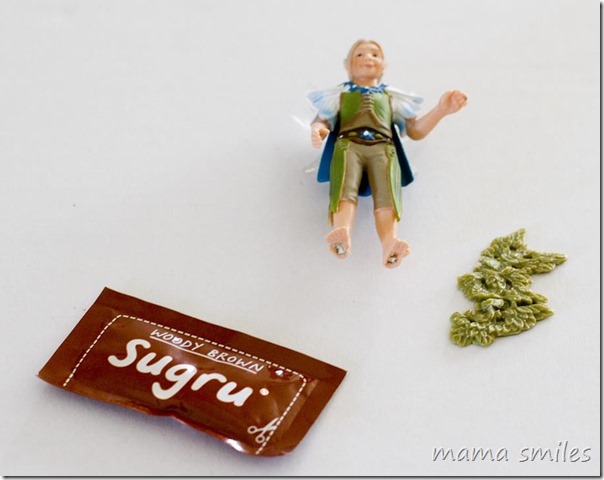 Have you ever used Sugru? This clay-like moldable glue dries to a flexible silicone rubber. We have used it to child-proof our computer, and to make fun rubber stamps with the kids’ names. This month, it was put to use repairing this fairy that kept losing the platform that it needed to stay upright. We had bought the fairy used, so it saw a lot of love before entering our home. It has also proved to have quite an adventurous personality in our home, which probably doesn’t help when it comes to keeping platforms in place. I had tried gluing the feet on in various ways without much success, so I pulled Sugru out. 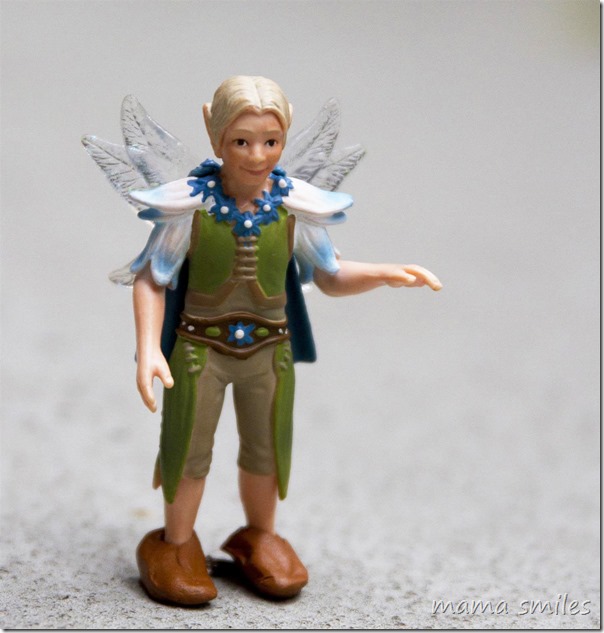 At first I tried to use Sugru to attach the feet to the grass platform. It would have worked, but it looked pretty bulky. So we decided to just make some wooden-shoe style shoes for our fairy. They are a little more bulky than the thinner shoes we were using to attach the grass, but the fairy can stand on his own now, and since he isn’t attached to grass any more he has a lot more freedom of movement for activities like flying. I had a little extra Sugru left over, and since it doesn’t keep very well once you open the pack I made the kids a couple of play dishes for their fairies. Unfortunately, I didn’t think to photograph those when I made them and now they are missing. Sugru does work well for simple modeling projects, too, though – you don’t have to attach it to something. It’s expensive, though, so in general I recommend the polymer clay we used in this post for modeling crafts.

Do you repair broken toys in your house? Have you ever used Sugru to fix something or solve a problem that you had?

7 thoughts on “Toy Repair with Sugru”