One of my goals for March was to make at least one softie for the Sew Mama Sew Spectacular Softies Contest. The month was nearly over, and I hadn’t made anything, and then last week Mike was out of town, and the kids were missing him. I had a pair of work pants and an old work shirt of his sitting in our playroom that the kids had been cutting up slowly for various projects, so I took that and some bits of felt and a little embroidery floss and made a Daddy Doll! Since I used the felt we had on hand, the coloring doesn’t really match Mike’s, but that isn’t very important and I do think this doll captures the essence of Mike. I made the pattern up, with a little inspiration from the kids’ Owie Dolls (you can see Anna’s here). Although I used my experience sewing four of LiEr’s Owie dolls as inspiration, the Daddy doll is much narrower, with entirely different proportions to match Mike’s very slim 6’2” build. His head and body are stuffed (his bum is weighted with poly pellets so that he can stay seated more neatly), but his arms are not, and his legs only have a few poly pellets for stability – no stuffing. This wouldn’t work with all fabric, but it was a nice fit for the felt I had on hand.

His shoes are made out of felt, but his pants are made out of worn-out work pants that belonged to Mike, and his shirt is made out of the collar of one of Mike’s shirts – with some pretty serious tailoring. The eyes, mouth, and glasses were embroidered on before stitching the pieces together. I didn’t make a tutorial for this project, but I do have other sewing tutorials for you to check out! 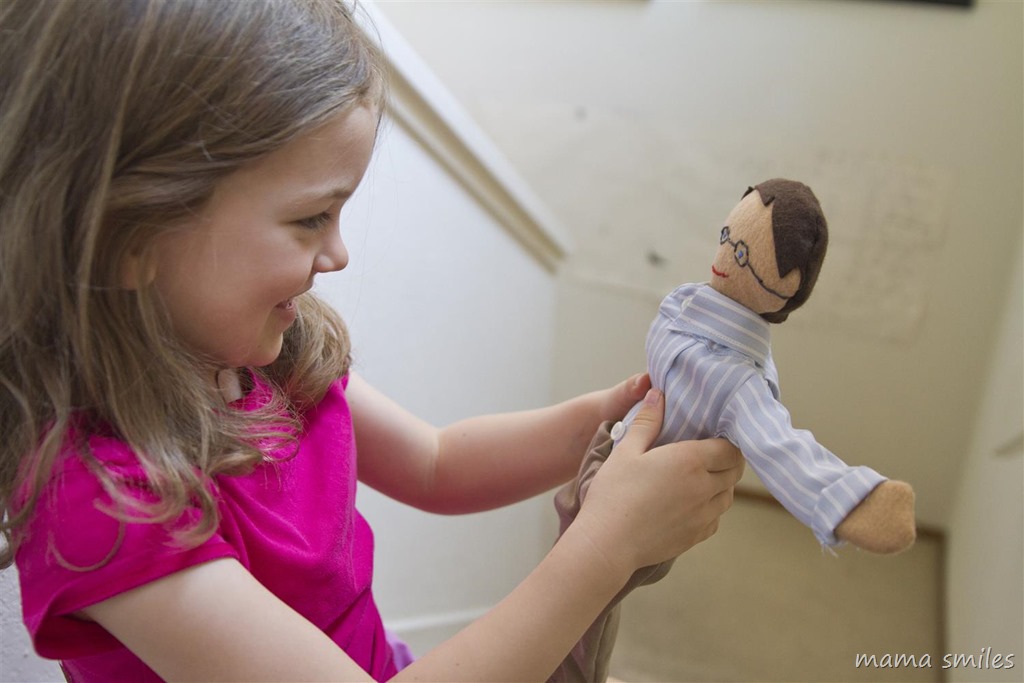 Not surprisingly, the Daddy doll is most popular with my two youngest kids. Five-year-old Lily loves giving him cuddles, and two-year-old Anna takes him on some incredibly athletic adventures! 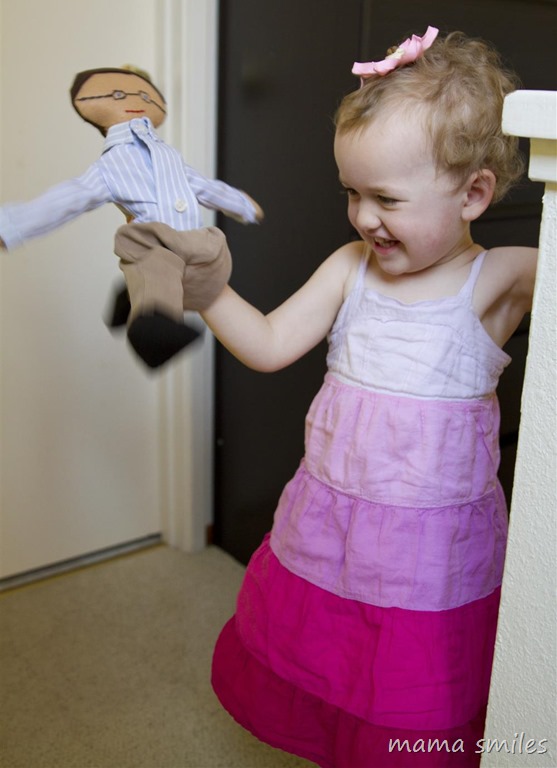 How do you help your kids cope with business trips? Mike has traveled a lot over the years, and here are some other things that have helped my kids cope with a parent traveling for work. 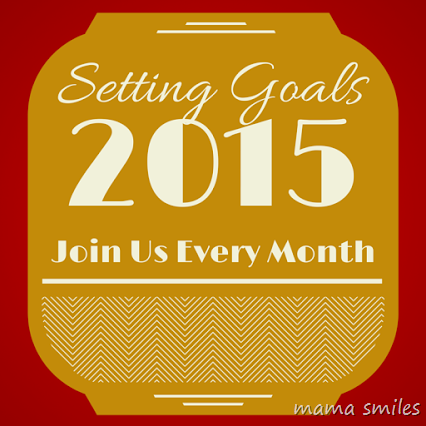 March flew by, so I am glad I kept my goals simple! Besides this fun sewing project, the kids and I did, happily spend quite a bit of time outside. A couple of the kids made some sewing projects for the same contest, which I will be sharing later this week. My photography site is partially finished, but not quite. That’s going to have to be carried over into April. We did make some fun memories, including by making this doll! Anna decided in March that she is not a baby any more, but a girl – yet another reminder that my kids are growing up!

Here are my goals for April:

What are your hoping to accomplish in April?