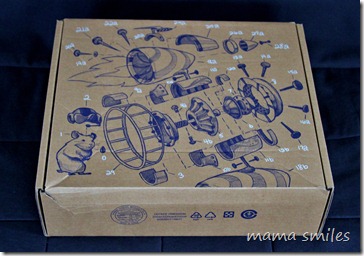 I mentioned that I was busy in February. Some of that business was pure fun, thanks to this curious-looking box that arrived in the mail at the beginning of February. I was very confused, until I noticed a very familiar logo on some decals that were included in the larger box this box was shipped in. I suddenly realized that I had been chosen for the Google CR-48 Chrome Notebook pilot program!!!

Product testing has always been my secret (or not-so-secret, depending how well you know me) dream career, so I was thrilled to get picked for this program! A FREE computer to test and keep?!! AND I was picked over Dr. Computer Scientist Mike and all his Dr. Computer Scientist friends! Thank you, Google, for understanding that mamas love their technology, too! =) 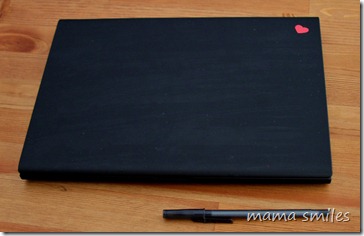 That little heart decal sums up how I feel about this notebook. It is super-slim, super-light (Google says it weighs 3.8 lbs, but it’s only 1600g/just over 3.5lbs according to my kitchen scale). I put it in my diaper bag one day and couldn’t even tell it was in there – even after carrying it for two hours in the soon-to-close-forever Borders bookstore we visited. I love the velvety matte finish of the case – it survived being in the kitchen (with the top down, thankfully!) when I left the lid off my blender. I’m a tired klutz, as well as a technology-loving mama. It fared pretty well, considering it got covered in spinach-strawberry-ice-peach-white grape smoothie. 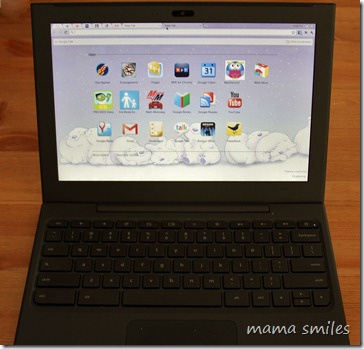 It has a nice big screen, built-in webcam, no spinning disk, and the keys are lovely – nice finish and SILENT. Perfect for typing in the wee hours without waking up the light sleepers in the family. (Mike would like it backlit to see all the keys when the lights are off.) I do miss the “end” key, which I use a lot for some reason… 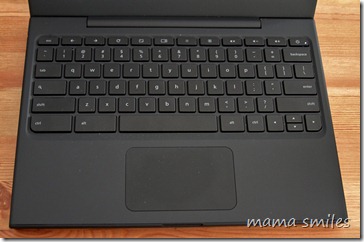 The touch pad is the one area that needs a little work – it doesn’t always do what I want, but I like the size and imagine Google will work out the kinks before releasing it to the general public.

What’s on my wishlist for the final version? Better offline usability. Possibly an “end” key, and a touch swivel screen so that it can convert into a tablet. And some really nice blogging apps, so I can leave the desktop computer to Mike and the kids for good! =)