I am married to a computer scientist who loves all things that go, so when I had the chance to try out the new Sphero 2.0 (affiliate link – as of this writing it is on sale for $99.95 instead of the standard $129.99) as part of a social media campaign, I eagerly said yes! Writing this post was not part of the agreement, but I thought it was something some of my readers would be interested in – either as a STEM toy to save up for, encourage their schools to invest in, or just to let people know how accessible programming is becoming for young children! 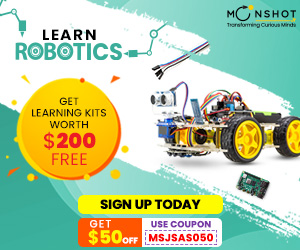 There are several things I really like about this toy – here are the highlights:

This “toy” is virtually break-proof – and you can add a Nubby cover (affiliate link) to add better traction and some extra protection. The ball is waterproof, and feels very solid. My kids have mostly played with ours on carpeted surfaces, so far, but we’ll be getting more adventurous as soon as school gets out – one more day!

You program Sphero using apps on your phone or tablet. Orbotix, the company that makes Sphero, has released all sorts of apps – some simple enough that 21-month-old Anna can make Sphero move and can challenge my computer scientist husband – with a wide range in between. Sphero targets this robot to users aged 8 and up, and engineering-loving Johnny is really the youngest of my four kids to master any of the proper programming tasks. There are also apps that private developers have designed to go along with this toy, although we haven’t tried any of those yet. We have all-Android devices, so I was thrilled to see that these apps are all in the Google Play store as well as on iTunes.

My kids instantly assigned a personality to our Sphero – it just looked like it came with a personality. “Baba”, as he was named since that’s how Anna says “ball”, gets into all sorts of mischief. Many of the programming tasks involve changing the balls color or making it follow a particular trajectory, lending a lot of room for creativity. Here you can see my girls trying to keep “Baba” locked up, while Johnny advocates for his partner in crime.

This professional video showcases Sphero much better than my shaky video. I’m also intrigued by Ollie – particularly the way they have a camera attached to him!

Have you seen this toy before? What tech toys do you love/covet?

17 thoughts on “STEM Toys: Sphero, the Robot Kids Can Program”