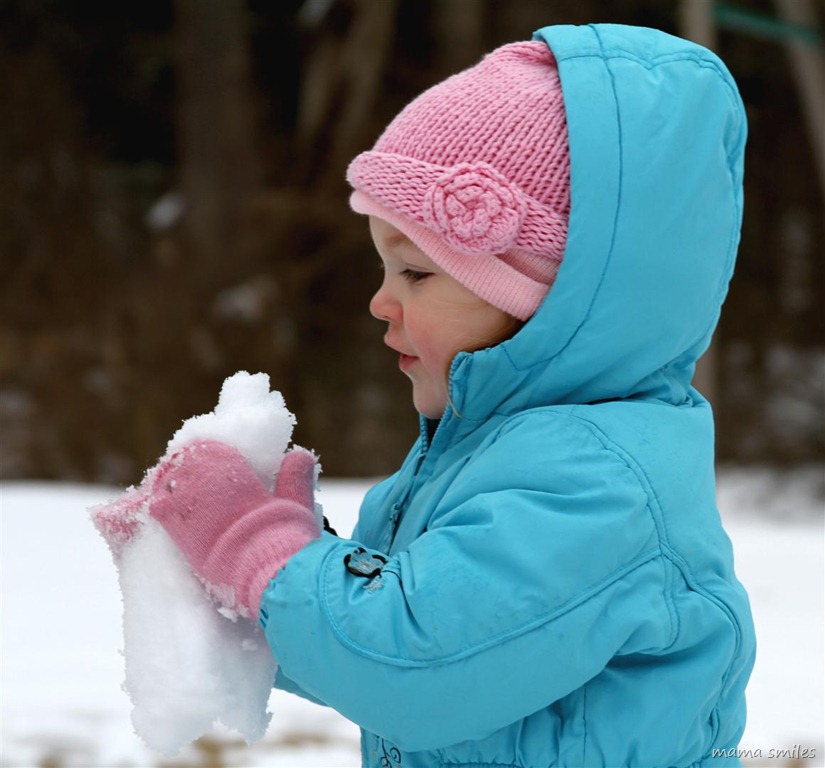 Monday the snow was finally packable, and the kids were thrilled to spend the afternoon playing outside. I went out with them, and we spent a few hours together in perfect snow-play temperatures – barely above freezing! 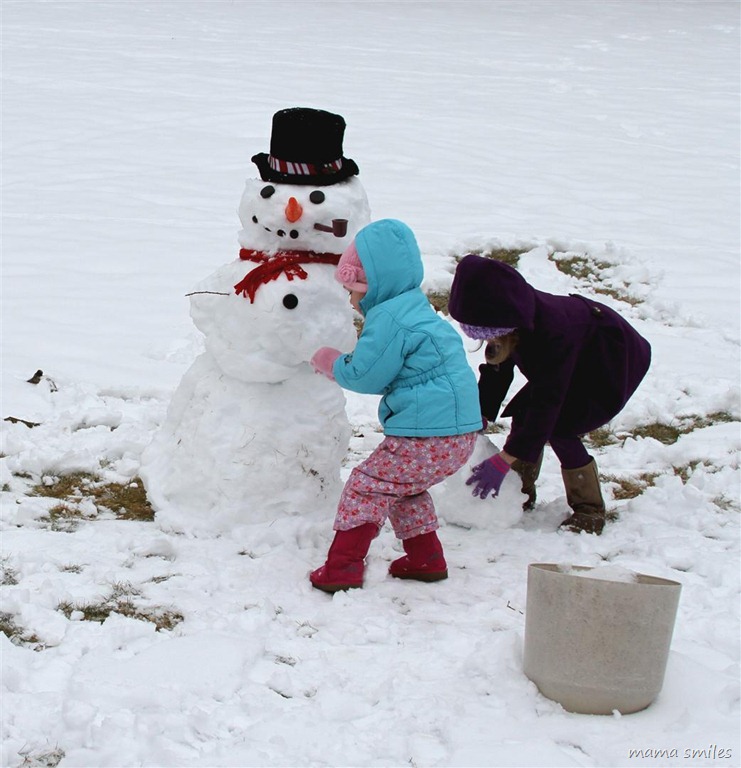 Johnny’s preschool teachers gave him this snowman kit at Christmas, and he has been waiting all winter to use it! 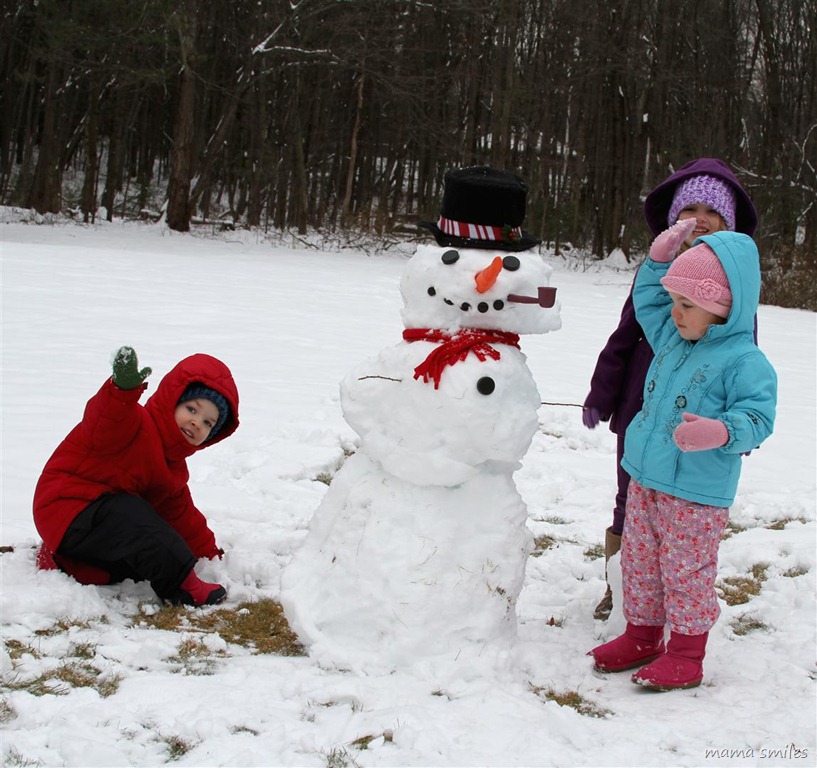 They were all immensely proud of their finished snowman! We took a picture (which I need to print and send in to Johnny’s teachers). 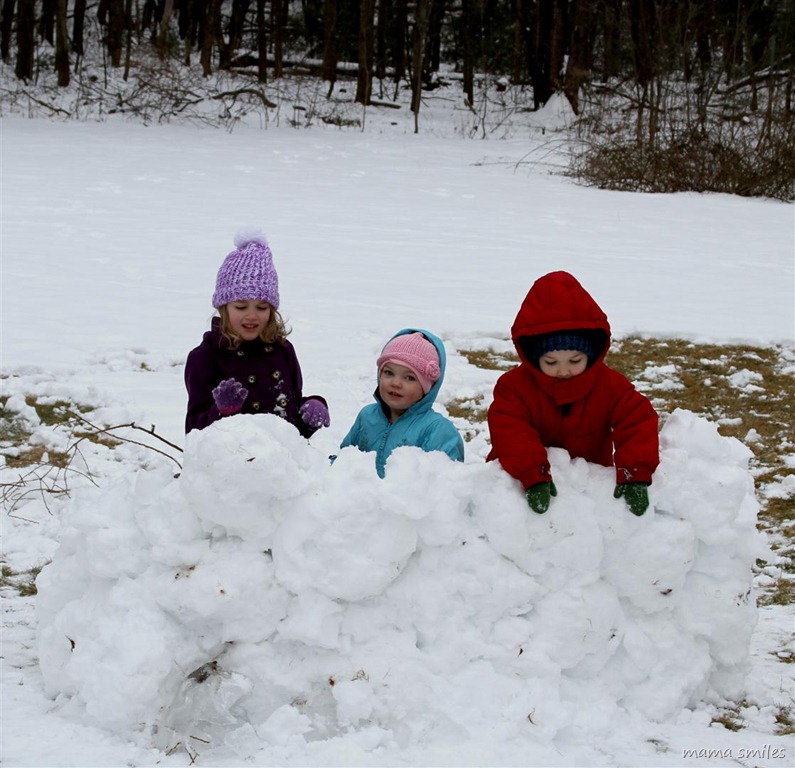 Then we moved on to a snow fort – or snow castle, as the kids called it. We all worked together and built a pretty large structure by putting together large snowballs: 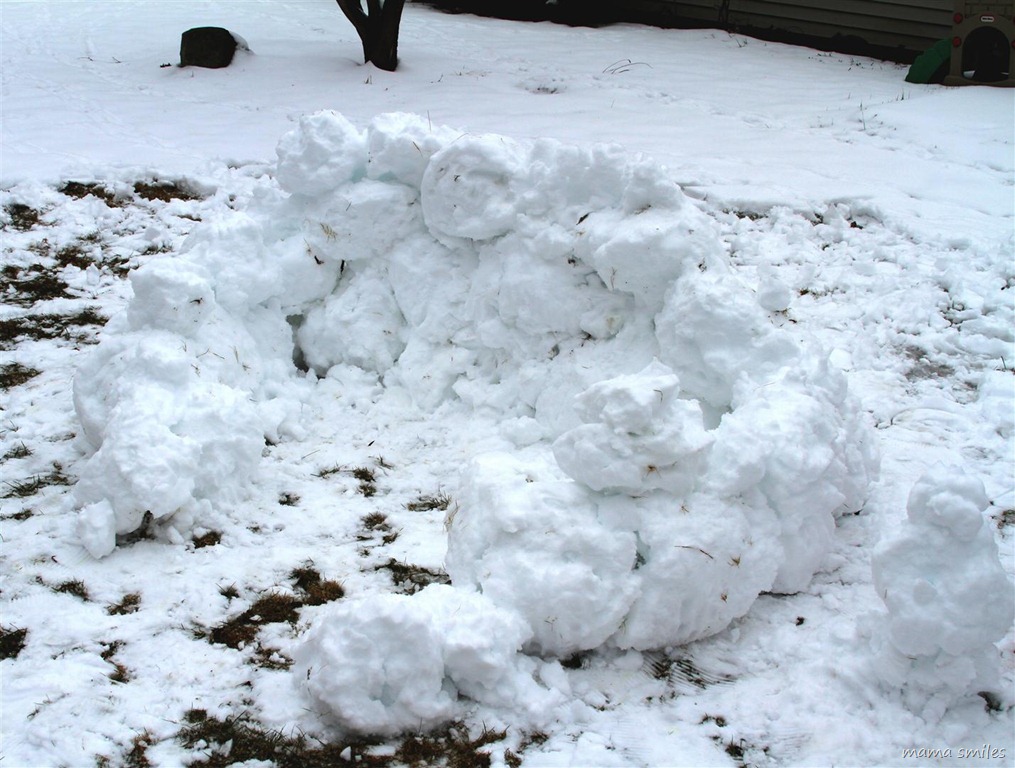 The next morning we woke up to eerie fog, and rapidly-melting snow. Lily and Johnny still enjoyed playing in it: 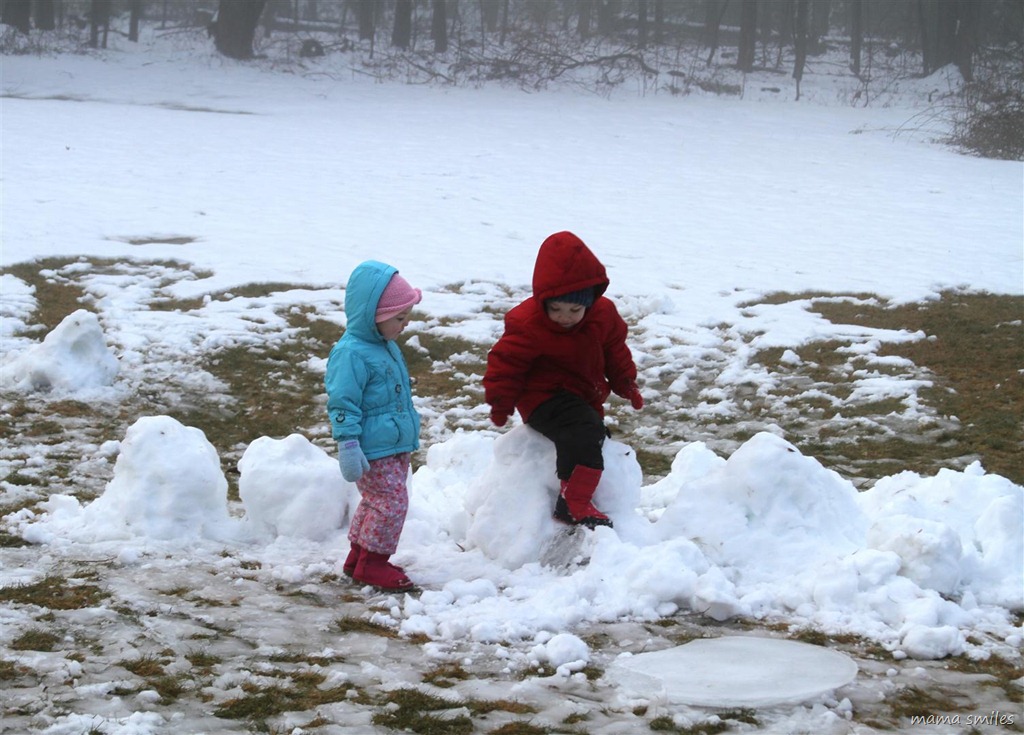 The kids thought I should include a video clip, so here it is! It was vetted by all three kids, so even though Lily says “don’t take my picture yet” she was fine with video!

There’s new snow falling as I type – hopefully we’ll get enough to play in!