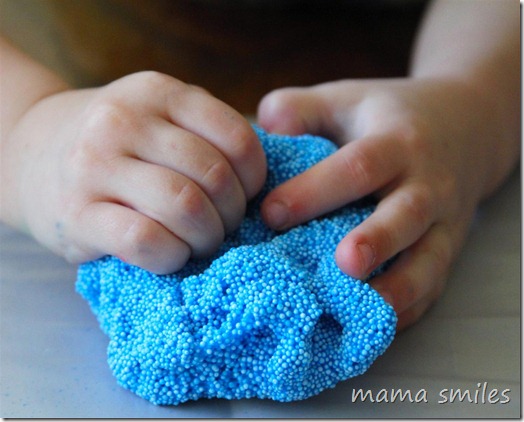 My kids love sensory play, and especially non-messy sensory play, so I seized the opportunity to give Nickelodeon’s newly reformulated Gak and Floam a go. I remember both from my own childhood, and had actually owned the original Floam (Mike remembers playing with Gak).

Note: This post may contain affiliate links which won’t change your price but will share some commission.

Sensory Play with Floam and Gak 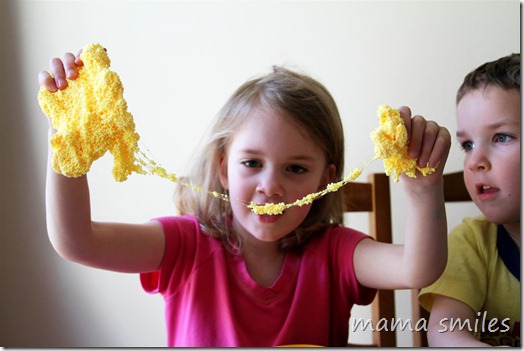 The kids thoroughly enjoyed testing both products! They weren’t interested (so far, at least) in creating objects with Floam to dry and keep, but they enjoyed stretching and molding it, and they found the micro beads fascinating! 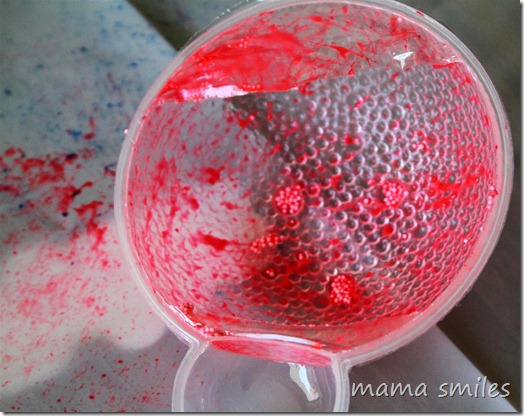 One note about the Floam: you have to prep it first, and for some reason the Rockin’ Red is incredibly messy. You can see evidence of this in both the container and on the mat. Blazin’ Blue and Electric Yellow weren’t nearly as messy during prep, and made no mess after prep. The red still turned things slightly red for an hour or so after prep. 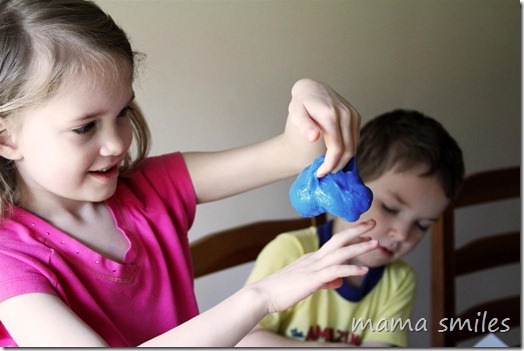 As much as my kids liked Nickelodeon Floam, Gak was the clear winner in our house! They loved the way it stuck to their skin and would suspend in mid air – and it’s stretchability: 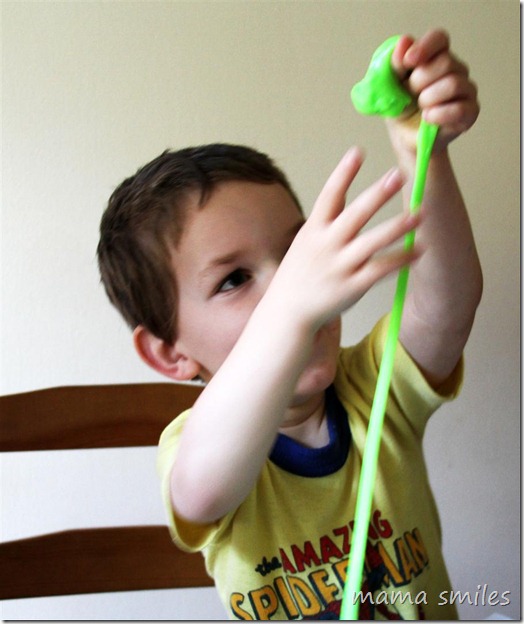 They have also enjoyed making air bubbles in the Gak, and popping them – fun noises as well as textures to explore!
Floam has a slightly sticky texture, but the Gak is delightfully smooth – and, while damp-feeling, not slimy! It also washes out beautifully with warm water, as I discovered when Johnny stuck it all over his t-shirt (by accident). The Floam remained stuck to a couple of shirts after being run through the wash (in fairness, I didn’t try rinsing with plain water first).
Our Floam has reemerged once or twice, but the Gak gets played with over and over!
Here are their first reactions to both products – which we were sent as samples to try through Team Mom:
Do you remember playing with Gak or Floam?

23 thoughts on “Sensory Play with Floam and Gak”