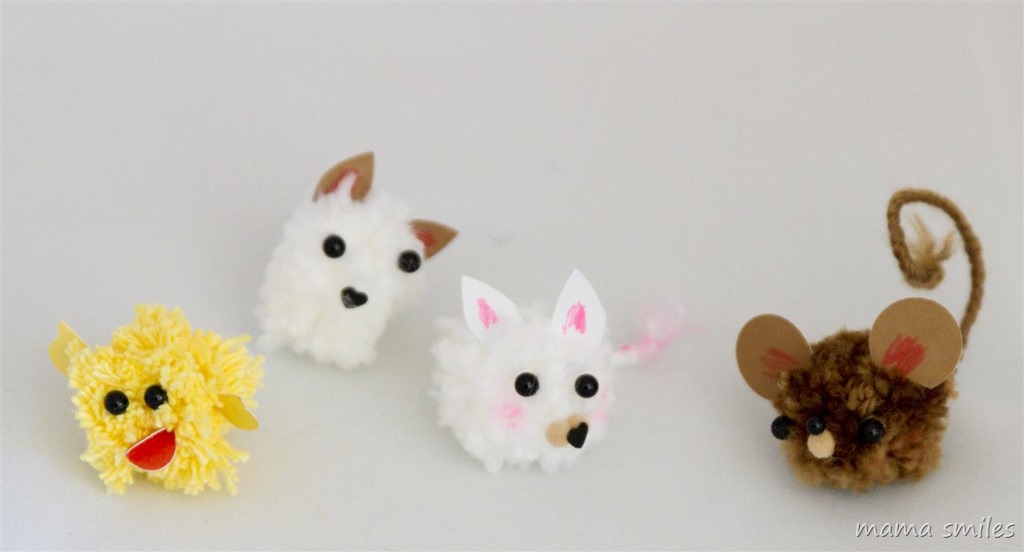 My kids earn tickets for completing chores around the house, and then they exchange their tickets for prizes – usually books, but sometimes other things. Nine-year-old Emma saved up her tickets to earn Klutz’s Mini Pom-Pom Pets book and kit*. She used the instructions in the book to make each of the animals featured above. You can see how her technique improved with practice! The mouse is my personal favorite! 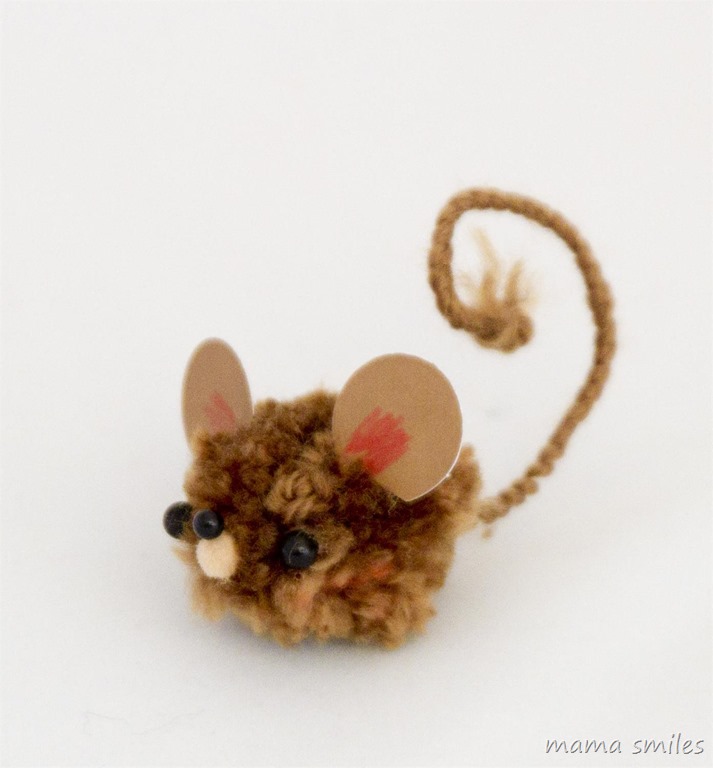 The book comes with instructions to make several different pets, as well as card stock cut-outs, bead eyes, glue, and yarn. We mostly followed the instructions in the book, but we were having trouble getting the pom-poms to look the way we wanted until I switched from using the yarn that came in the kit (or yarn we had in the house) to using monofilament line* (more commonly known as fishing line) to tie off the pom poms. The monofilament line is thinner, so it creates less of a defined edge in the pom-pom, but it is quite strong and so it easily holds the pom-pom in place. 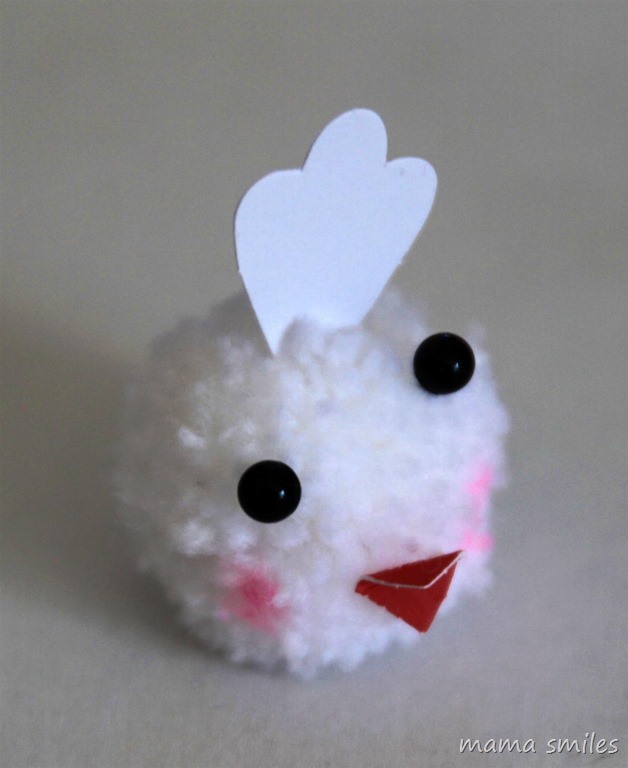 Once we resolved our pom-pom making issue, Emma really got into making pom-poms! She has made several animals from the book, but she is also moving beyond the set instructions of the book to make creatures of her own design. She and five-year-old Lily came up with this cute chick animal on their own. The book includes some multi-pom-pom animals, but we haven’t tried those yet.

I was worried about the little animals staying put together, but so far they have survived gentle play from all four kids without any problems. Emma used several of them to create a stop motion video:

Have your kids made any pom pom pets? Do you have another craft that you recommend for us to try?