Wondering how to play Tenzi? Here are 10 awesome ways to play this game that my kids adore. 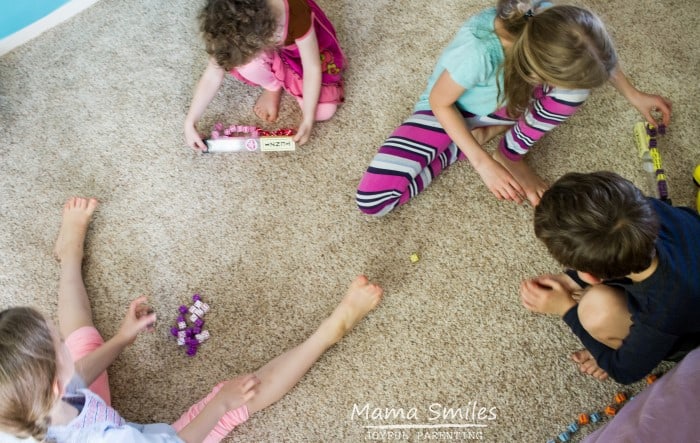 How to Play Tenzi? 10 Awesome Ways to Play

I first heard about Tenzi about three years ago, over on my friend Erica’s blog. I was intrigued, but my kids weren’t very into playing games so I didn’t invest in the toy and forgot about it. With children three years older and more into game playing, I was happy to review this toy as part of Timberdoodle’s 2016 blog team. Tenzi is part of Timberdoodle’s 2nd Grade Curriculum Kit.

My children tend to change the rules of the games they play, so Tenzi’s “there is no wrong way to play” approach is perfect for us! Here are some ways we enjoy playing. Some of these alternative games were inspired by 77 Ways to Play Tenzi card deck, which we were also sent. 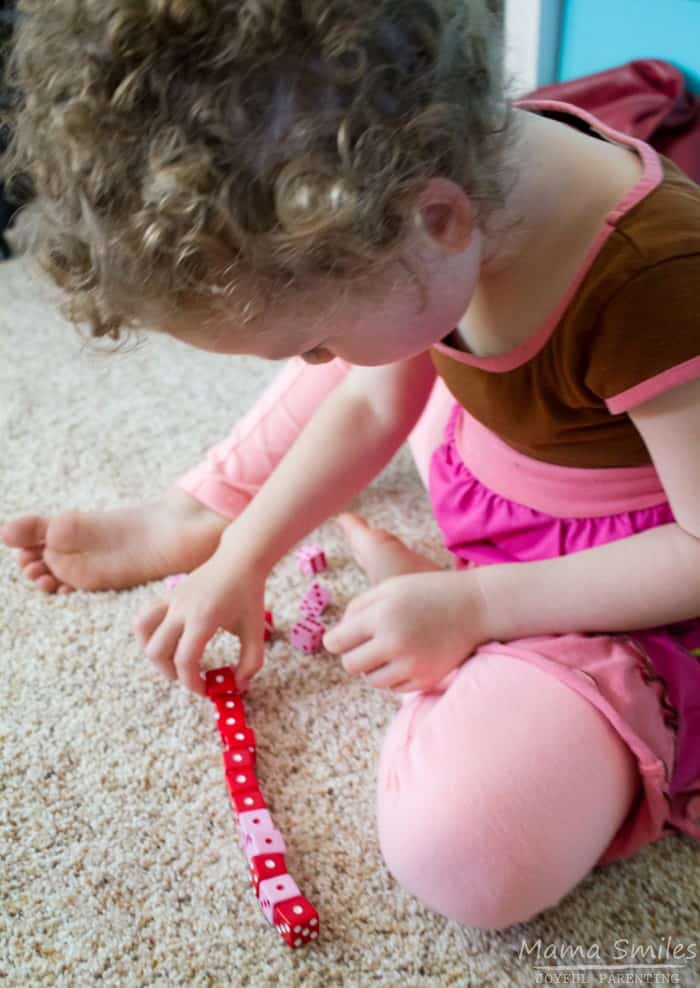 In the original Tenzi game, you roll the dice over and over until all twenty dice land on the same side. My kids think twenty dice is better. Since Timberdoodle sent us two sets of Tenzi dice, we actually had enough dice for all four kids to play this way at the same time.

Once you roll your ten dice, divide them into sets of 2 and multiply each set (out loud or on a piece of paper).

Add up all the numbers from your first roll. The player with the highest number wins.

Who can stack twenty dice the fastest? You can make this harder by requiring all the dice to face the same way. You can also require players to roll a certain number before adding it to the tower.

Roll the dice while hopping on one foot. Make sure you don’t hop on a die – they hurt!

Play with your dominant (writing) hand tucked behind your back.

Pick one die side that you do NOT want to collect. Then roll double of the remaining five numbers.

Arrange your dice into a pattern based off of the number you chose to roll for.

No thumbs allowed. This is actually really hard!

Forget rolling numbers. Build a tower, castle, or something else using all the dice.

What is your favorite way to play Tenzi?

I received the items featured in this post from Timberdoodle as a member of their blog review team. I received no additional compensation, and all opinions are my own.

5 thoughts on “How to Play Tenzi? 10 Awesome Ways”