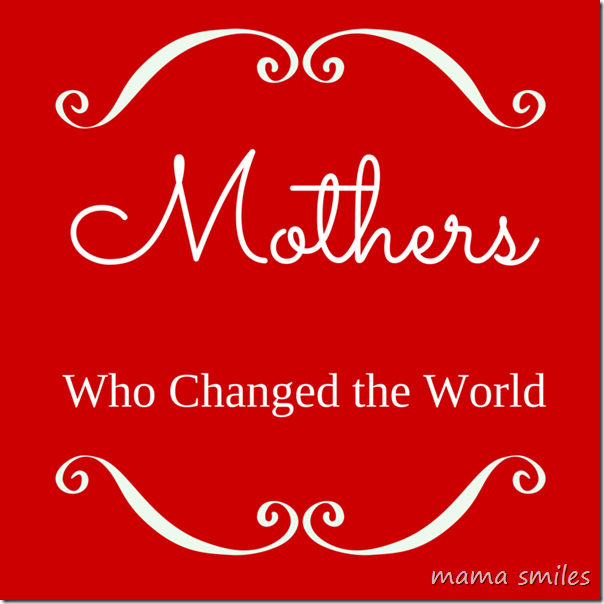 When I realized that March is Women’s History month, I knew that I wanted to talk about mothers who changed the world. Every once in a while, I hear a woman say that she is “just” a mom. I’m pretty sure I have said it myself, even. The thing is, there is no such thing as “just” a mom. Being a mother is a huge job, and one that is influenced heavily by your own background and dreams. And so, today, I am writing a post for women’s history month, about women who changed the world because they were mothers.

I was really hoping to pair this post with some picture books, but none of the mothers I wanted to feature had picture books written about them. I hope that changes, even if I have to learn how to write picture books myself to make it happen.

Mothers Who Changed the World

These amazing women changed the world – by being mothers. Never underestimate your influence as a mother.

Pharabe Burn – who went by Febb – got women the vote in Tennessee. Her 24-year-old son, Harry, was determined to vote against women’s suffrage when he got a letter from his mother telling him he needed to change his mind. Harry took his mother’s advice and broke the tie, allowing women to vote in Tennessee on August 18, 1920.

In 1943, Vesta Stoudt had two sons in the Navy and she was working at an ordnance plant, inspecting and packing cartridges used to launch rifle grenades. She noticed that the packaging was difficult to open. Worried about the safety of her sons and other soldiers, she talked to factory supervisors about using cloth tape instead. Her supervisors thought the idea was reasonable, but they didn’t make any changes. So Vesta wrote to President Roosevelt. President Roosevelt passed her letter on to the War Production Board, who eventually hired Johnson & Johnson to make the tape.

Candy Lightner formed Mothers Against Drunk Driving (MADD) after her daughter Cari was hit and killed by an inebriated driver. At the time, courts rarely penalized drunk drivers. Candy lobbied tirelessly to raise awareness about the dangers of driving drunk, establish stronger penalties for drunk driving, and to introduce sobriety checkpoints. Drunk driving has dropped by about 40 percent since MADD was created, saving countless lives.

When Jane Stanford’s only child died of typhoid fever, she created a university in his memory – Stanford University, one of the top-ranked universities in the world. She used money from an account that had belonged to her son to create the first student scholarship, which covered room, board, and fees since tuition was free at the time. Her will instructed the Board of Trustees to sell her jewelry to buy library books. Her will also left money to a wide range of charitable organizations.

After losing 7 of her 11 children, Ana Maria Jarvis of West Virginia formed Mother’s Day Work Clubs to improve sanitation and lower child mortality rates. After the civil war, she organized a Mother’s Friendship Day, bringing together both Union and Confederate families to celebrate peace. Her daughter Anna’s petitions for a day to honor all mothers led to President Woodrow Wilson making Mother’s Day an official holiday in 1914.

I picked these five women because their contributions to history were directly tied to their role as mothers, but history is full of amazing mothers. My mother had a parenting and education philosophy that was way ahead of her time. My nine siblings and I benefited, and now our children do as well. Every mother reading this deserves to be on this list, because every mother changes the world.

How did your mother or another mother you admire change the world? 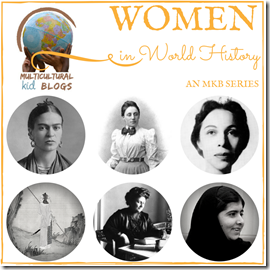 This post is part of the Multicultural Kid Blogs Women in World History series. Click on the button above to find many wonderful posts about inspiring women – many of them mothers!

14 thoughts on “Mothers Who Changed the World”