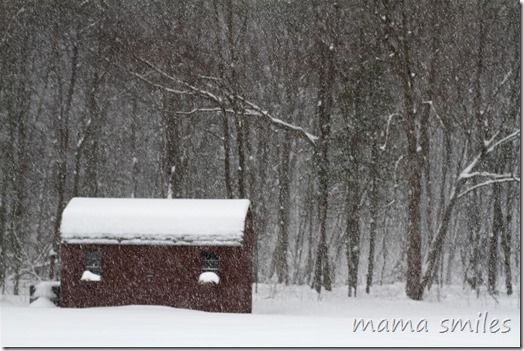 On Friday, we had a snowstorm – and, for once, I didn’t hear anyone in our town complaining that we should have had school anyhow! This is what it looked like, all day long! Snowfall estimates that I have heard range from 13.5 inches to 18 inches! 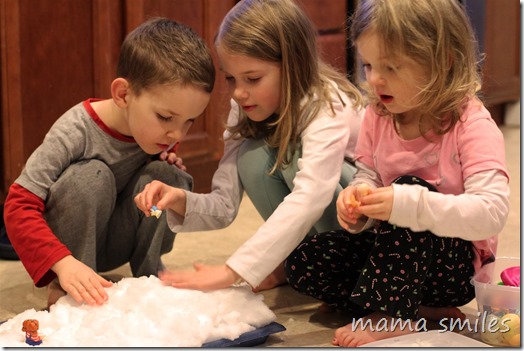 The snow was too deep for the kids to play in on their own, and it was too cold for Anna, especially Anna with a cold. So we brought some indoors, instead. They had fun playing, and when I sat Anna on the floor with them she immediately tried to eat some! Here is her initial reaction: 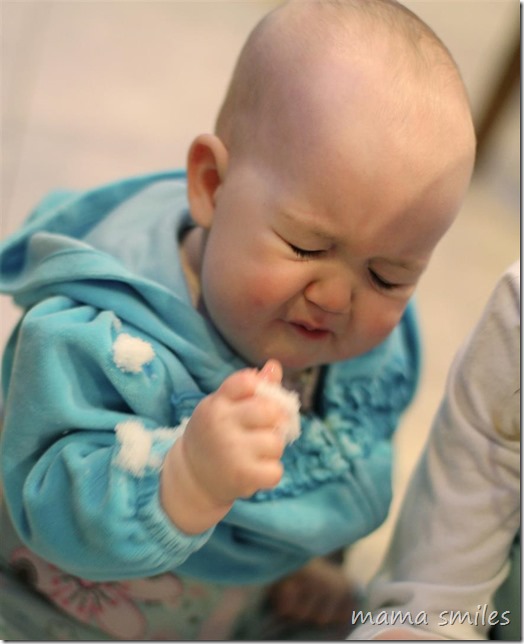 I thought that would put her off eating it, but she had other ideas. This is what she wanted to do: 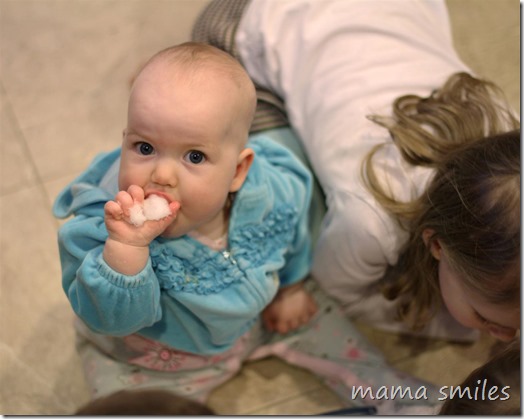 I guess it felt great on her gums – she is working on several teeth right now! I picked her up, because even though this snow was as clean as snow gets (the top 5 inches or so of over a foot of snowfall), it can’t be the best thing for a seven-month-old to eat. 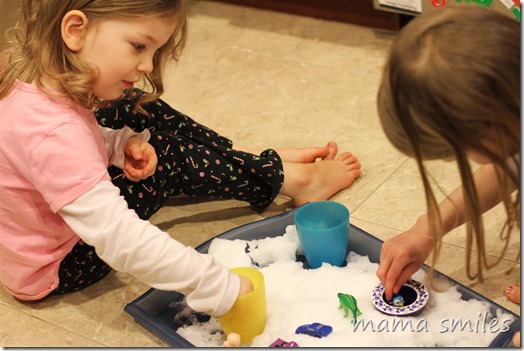 The other kids had a blast playing in the snow – their pretend play lasted at least an hour!

Do you have snow?

24 thoughts on “Make the Most of a Snowstorm with Kids”