Mackinac Island (pronounced Mack-i-naw) is a tiny little island located right in between the upper and lower peninsula of Michigan. As we learned from PlayDrMom, Michigan is shaped like a mitten and is known for it’s big, fresh water lakes. Michigan is also known for Mackinac Island. 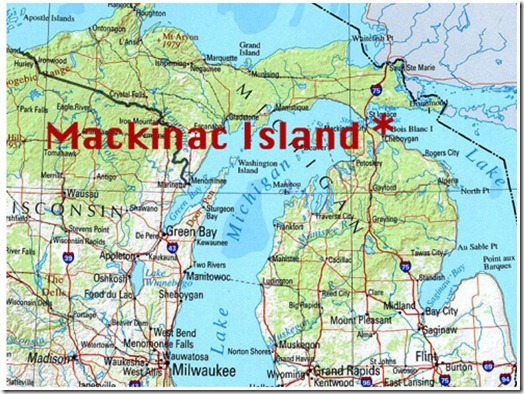 Mackinac Island is a very different island from what you might think. For instance, there are no bridges to the island. To get there, you have to take a boat or plane. Most people take a boat, also called a ferry. Here is a picture of my family on the ferry to Mackinac Island. We sat outside on the top of the boat, but you could also sit inside where it’s warmer. You’ll see lots more pictures of us, so let me make some introductions! The man in sunglasses is my husband Marco, my name is Christi and I’m wearing the yellow dress, and the little girl is our daughter Daniela! It’s nice to meet you! 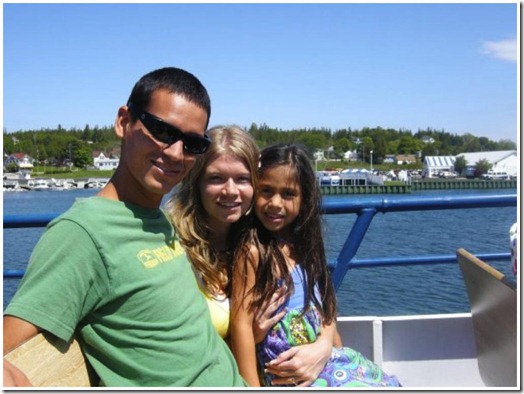 There are several ferry options to choose from because Mackinac Island is right in between the two Michigan peninsulas and the ferries pick visitors up from both ends of the Mackinac Bridge, which connects the two peninsulas. When riding the ferry back to your car, you don’t want to get on the wrong ferry and end up on the wrong end of the bridge! The bridge is 5 miles long; that’s a long walk! Once you dock at Mackinac Island, one of the first things you’re going to notice is how old fashioned everything looks! The whole island is a National Historic Landmark and has been very well preserved. 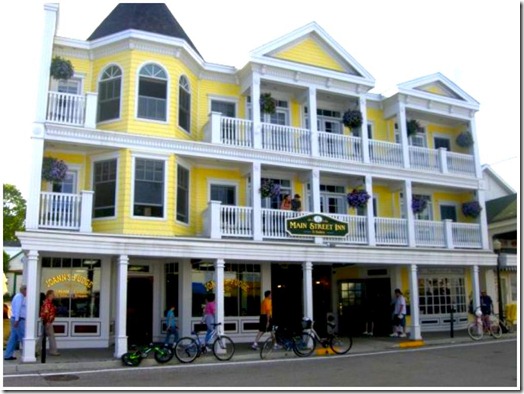 Another thing that makes Mackinac Island so unique is that there are no cars on the island! Tourists use horse drawn carriages and bikes to move around the small island. Main street has many shops and restaurants where you can imagine all the people of the past who built the town. Mackinac Island is known for it’s wonderful fudge and tourists can watch that fudge being made and even sample some. There are lots of things to see on the island and most visitors are not used to all the biking that’s done, so children often ride a tandem bicycle — also called a bicycle-built-for-two! Because the island is only 8 miles all the way around, lots of people ride their bikes around the whole island. 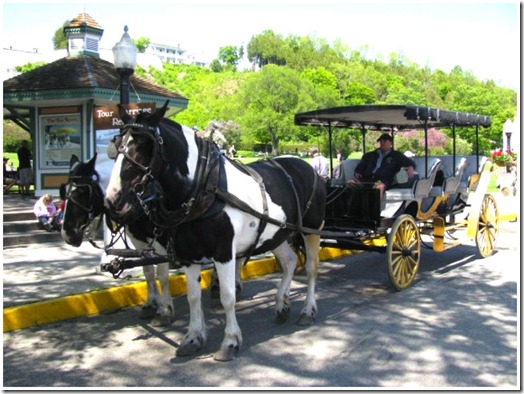 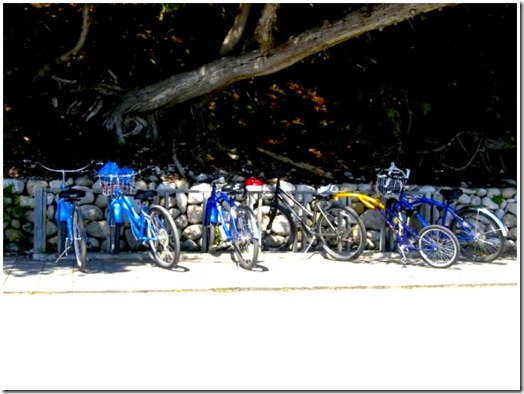 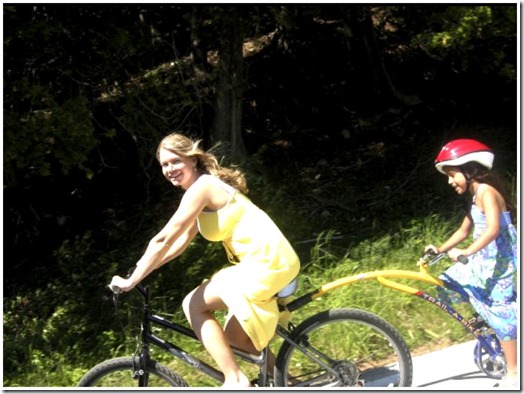 Mackinac Island has a very interesting history too. It was used as a fort during the American Revolution and was the site of two battles during the War of 1812! Fort Mackinac still stands today and several times a day actors reenact some of those battles right inside the fort! The guns and canons are very loud. 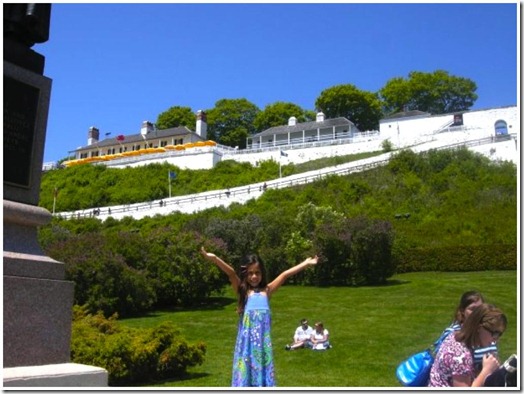 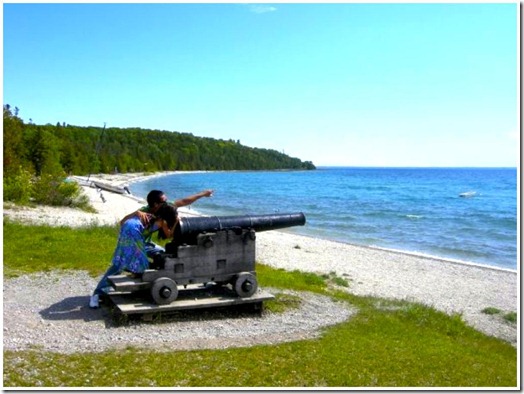 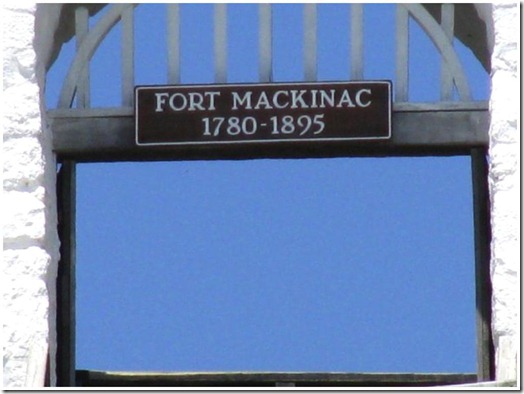 If you ride your bike all the way to the far side of the island, you’ll have a great view of Lake Huron. The Arch Rock is almost picture perfect in it’s symmetry, whether you’re looking at it from the top or whether you’re on the road below staring 150 feet up at it. Arch Rock has been a must-see on the island for over 100 years! 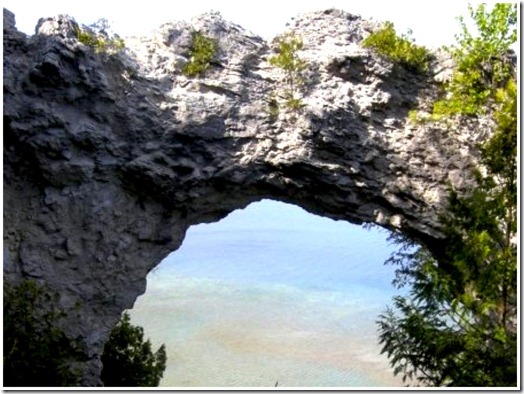 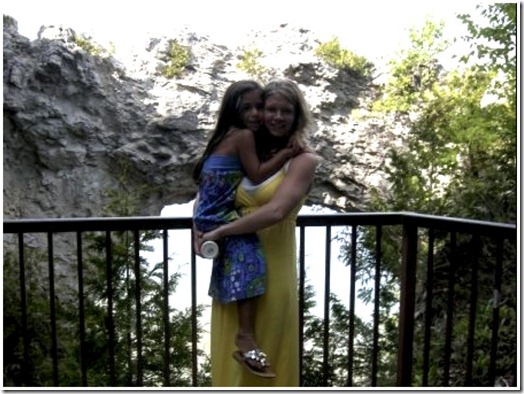 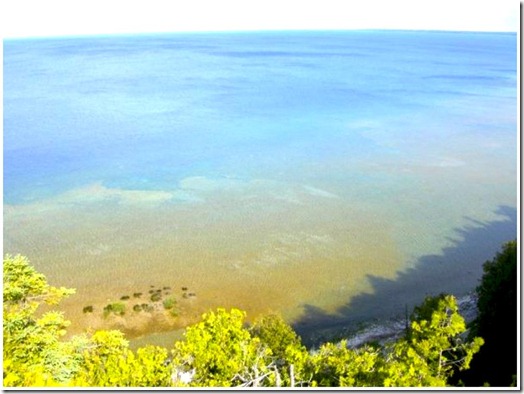 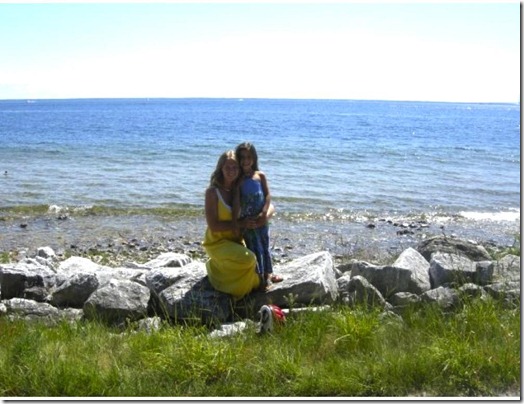 As you bike around the island, you’ll come across things you probably wouldn’t think of. Like a cemetery! And a very old one, at that! As you finish your loop around the island, there are creeks and forests to be explored, along with a spectacular view of Mackinac Harbor as you ride back into Main Street, just in time to visit the Butterfly House and have dinner at the Grand Hotel — but make you sure you brought dress clothes because girls can’t wear pants and boys have to wear a tie after 6pm! 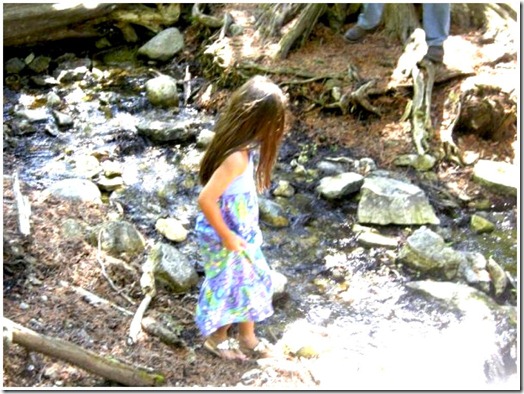 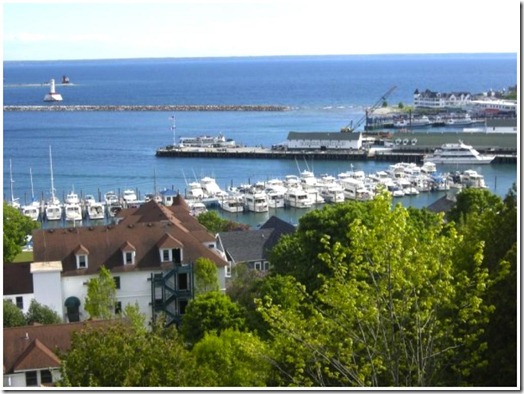 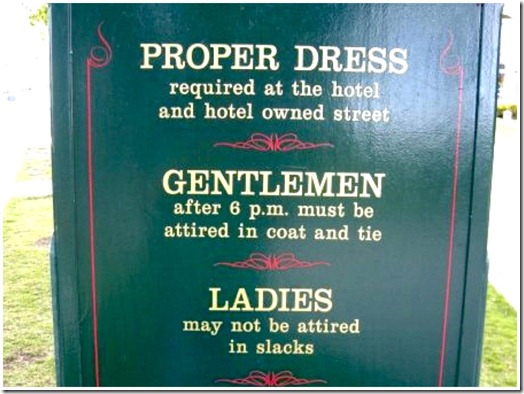 Mackinac Island is a place you’ll never forget but want to come back to over and over. It’s full of history and nature and was even the setting for 2 movies! If you make it up to Michigan, make sure you don’t leave without visiting that tiny little island between the peninsulas, Mackinac Island. 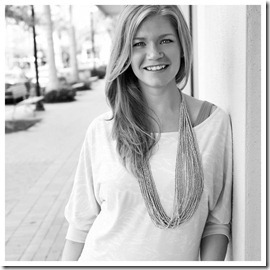 Christi Madrid is a Florida based blogger who grew up in Northern Michigan. Together, she and her husband strive to rear their daughter to be a globally-minded citizen; confident and empowered in her world identity.

Thank you, Christi, to this introduction to such a fascinating island!