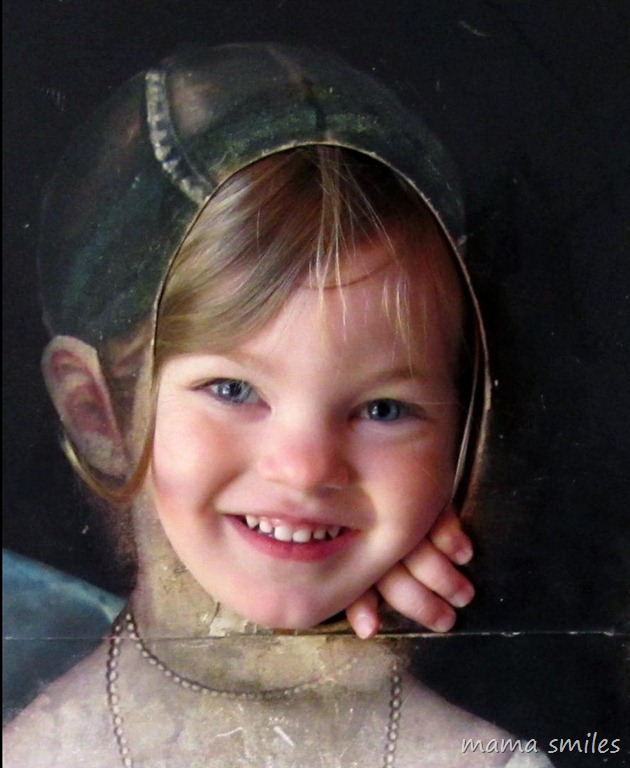 Several weeks ago, LivingSocial had a deal I couldn’t pass up – a year’s membership to Old Sturbridge Village for $45, less than it costs to take our family there once! I had heard good things about this living history village, so we bought the membership! We finally made it out there for the first time on Saturday, and had an amazing time!


Sturbridge Village is kid paradise! Animals, farmland, and plenty of space to run around without getting into trouble. Most of the exhibits are hands-on, and if there’s something the kids can’t touch, it’s kept where they can’t get to it easily. 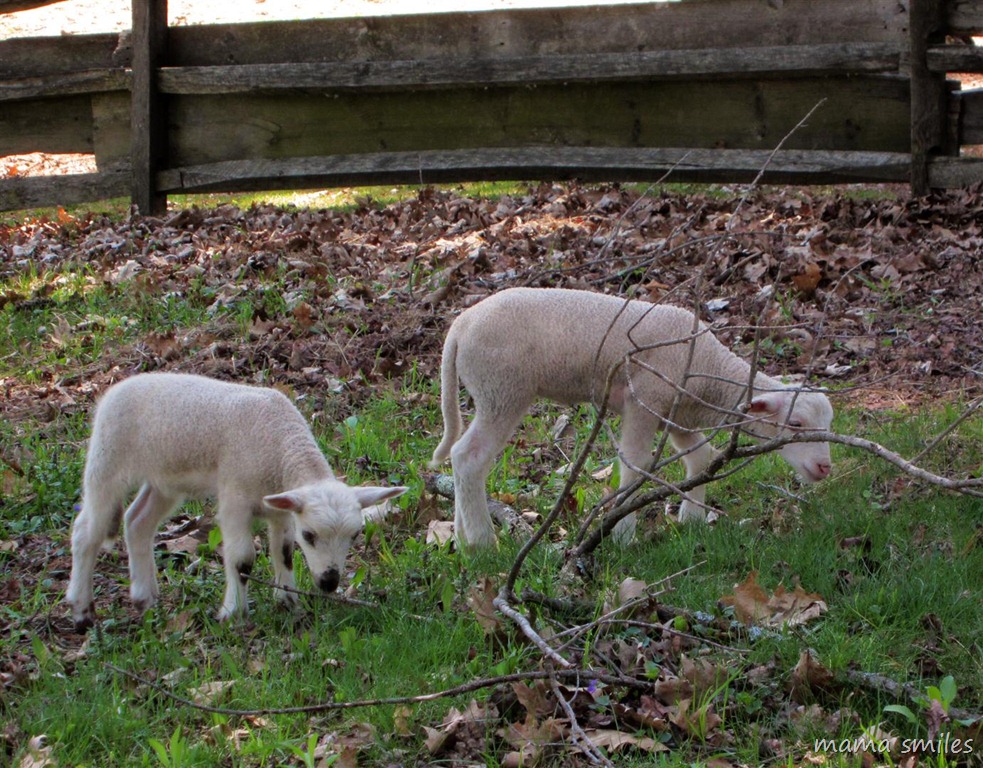 These little lambs were adorable! The kids would have happily watched them for an hour or more. 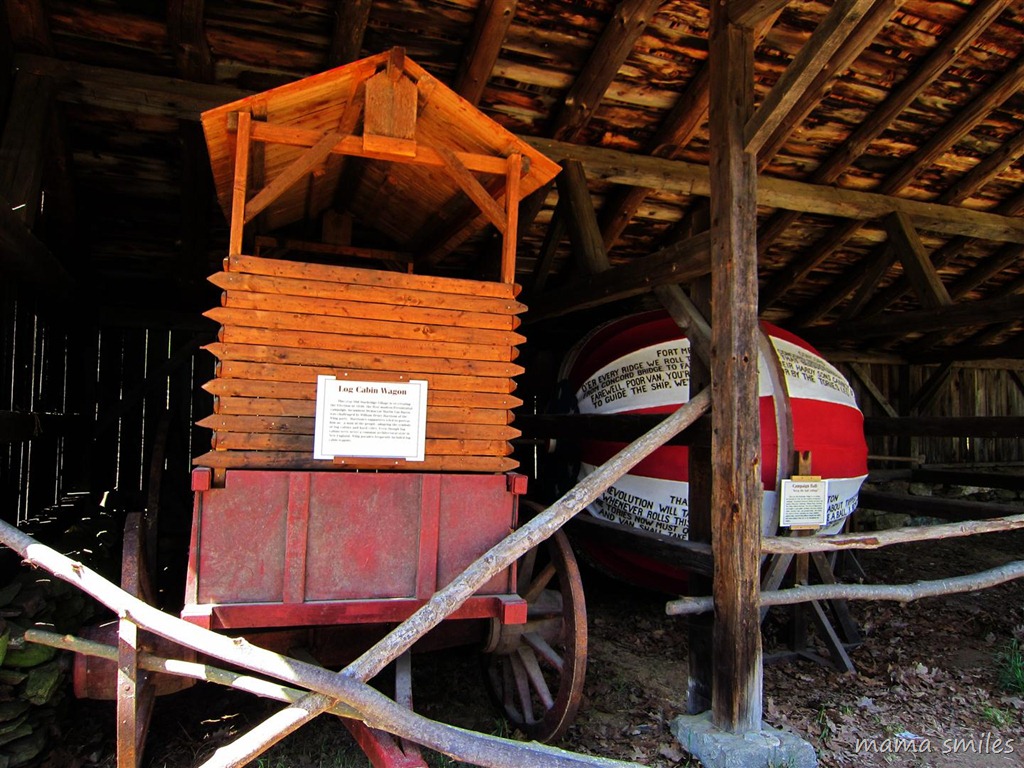 Since it’s election year in the United States, Old Sturbridge Village is recreating the Election of 1840, which was the first modern Presidential campaign. Martin Van Buren was running against William Henry Harrison. Both of these wagons are similar to campaign visuals used by Harrison’s campaign. The ball was rolled from town to town with great fanfare, and the log cabin was used to portray Harrison as a man of the people – the log cabin reminds me of modern-day pickup truck politicians! 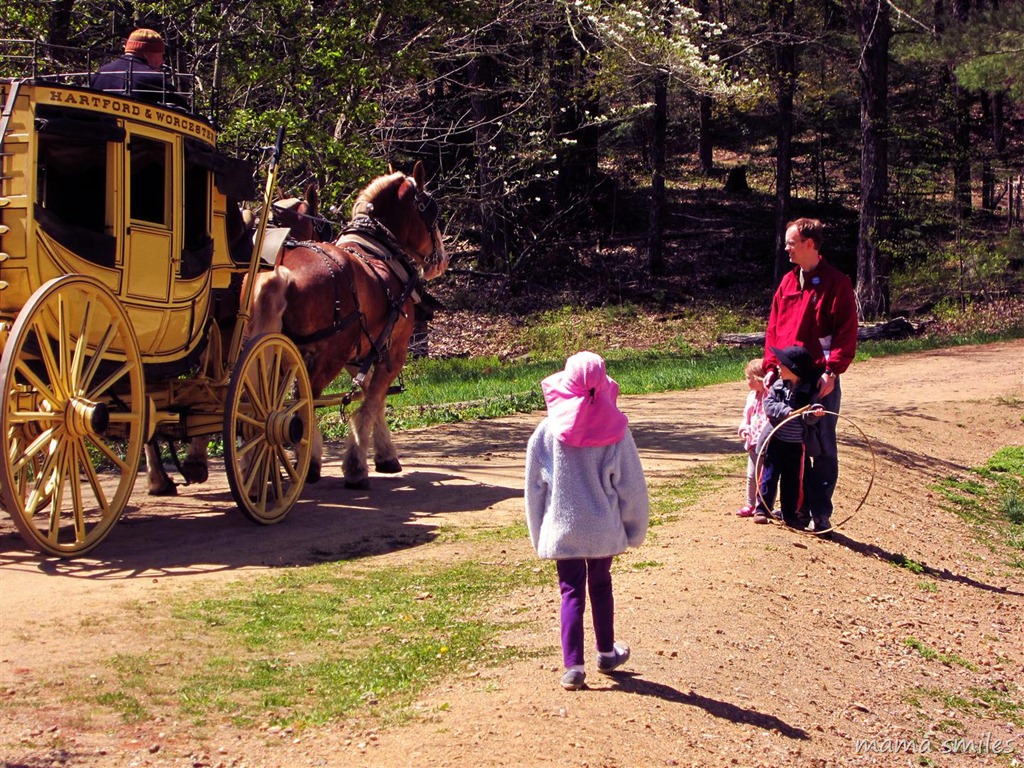 Carriages and a wagon were driven by stunning workhorses – notice the period hoop and stick game, too! We also tried out stilt-walking and tug-o-war. Tug-o-war was the only one any of us were any good at! If you want to develop some serious hand-eye + gross motor coordination, take up playing with a hoop and stick! 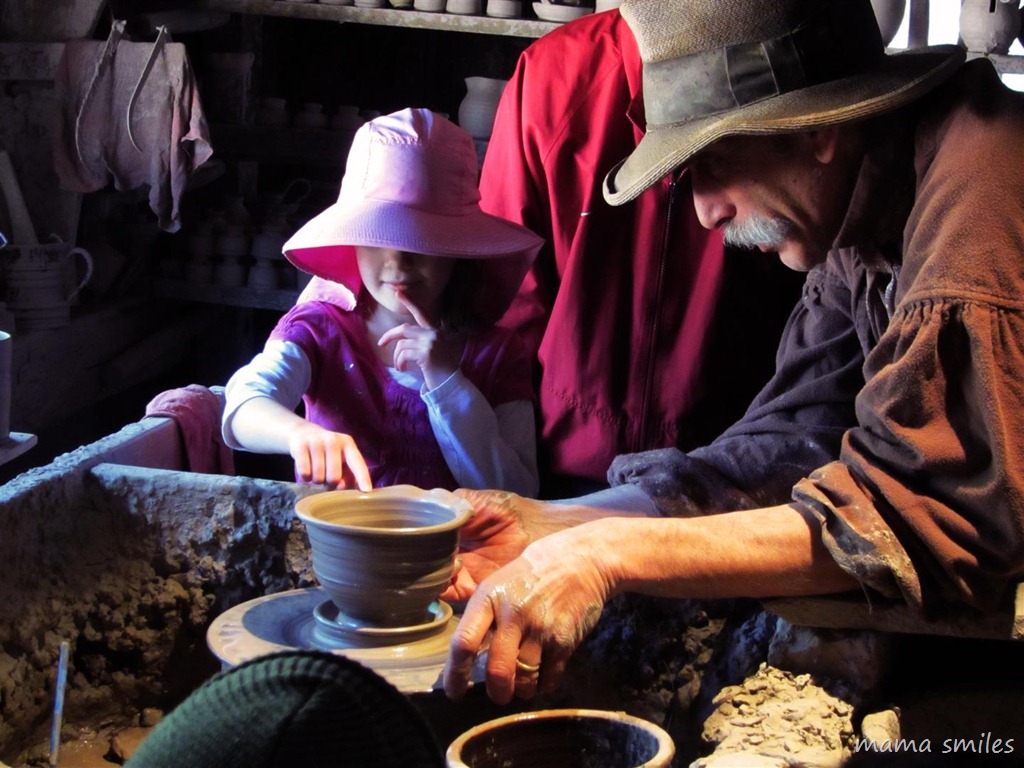 Emma and Johnny ADORED the pottery shop. Emma even got to help make this flower pot! 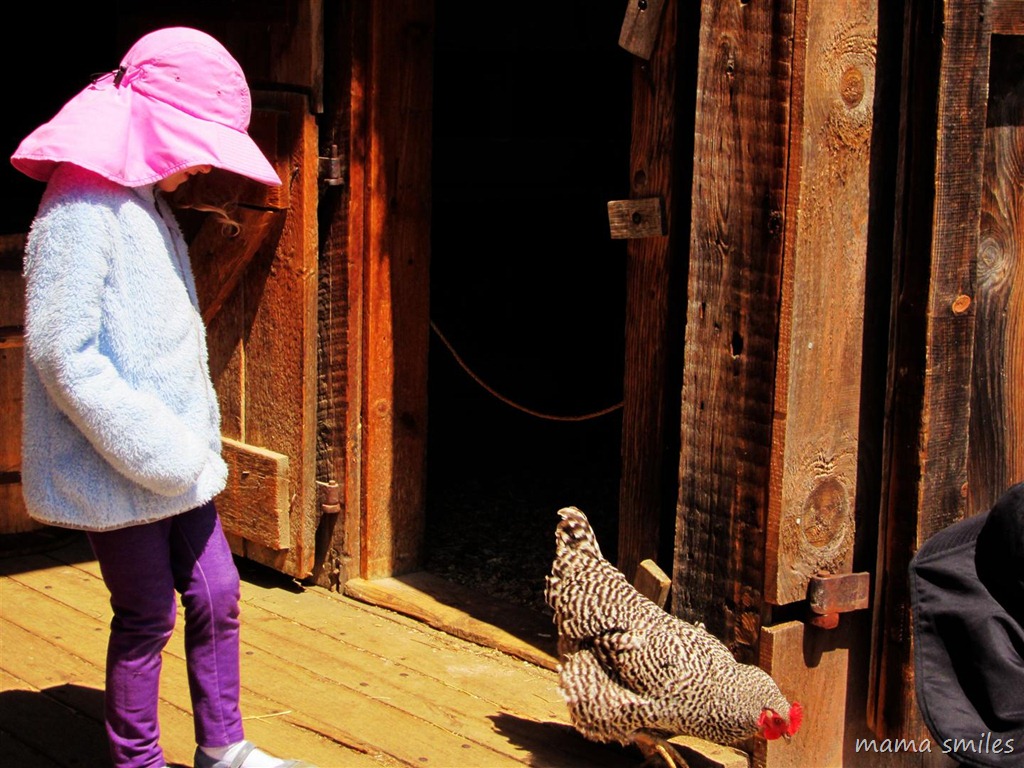 The kids made several attempts to befriend the local hens, without much success. The pigs were much more accommodating, although I didn’t get a good picture. 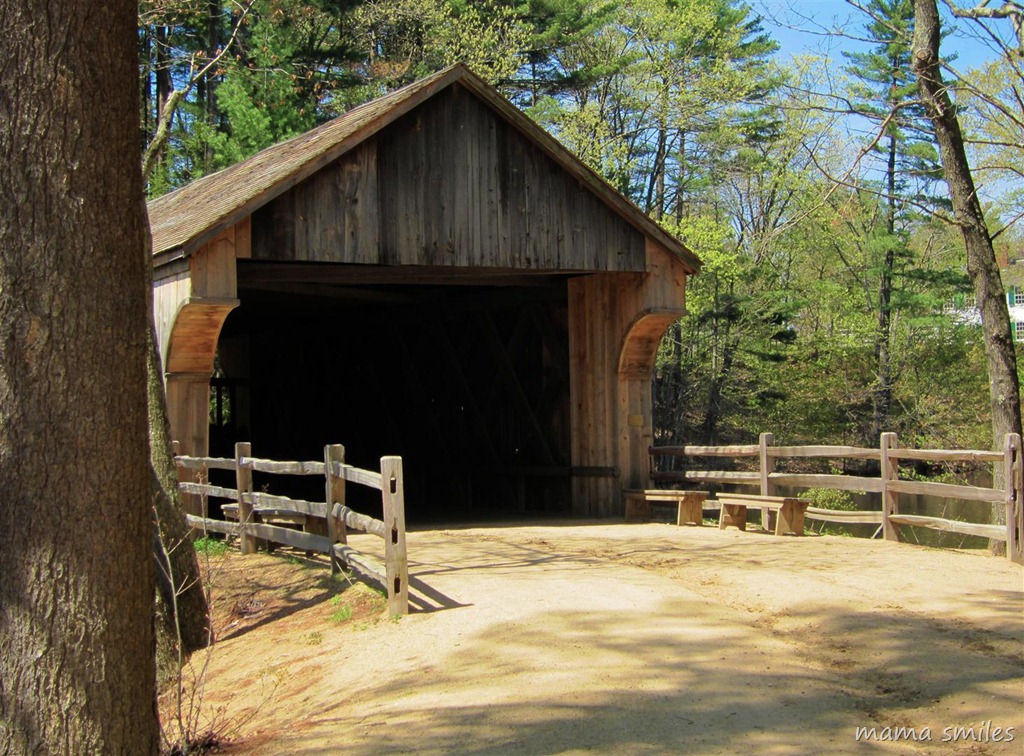 There is so much we didn’t see – we didn’t even make it over to the hands on crafts center, which I think Emma would adore.

Have you visited a living history site?