This giveaway is now closed. Congratulations, Catherine and Nancy R! 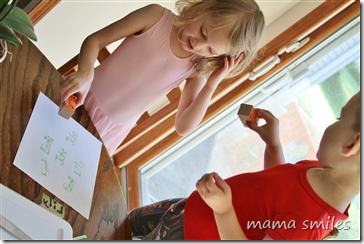 One of my brothers ALWAYS finds out about the newest ideas and inventions, so when he told me I should review Sugru on my blog, I listened. I did some research, and learned that it is a putty-type substance that cures in 24 hours into a waterproof and dishwasher-safe, strongly bonded yet flexible silicone. It’s NOT for kids to play with (they CAN play with cured Sugru), but perfect for grown-ups who like to fix things, experiment, and play! I emailed the company, and they were kind enough to send one pouch of 12 mini packs for me to play with, as well as two more pouches to give to my lovely readers!

Mike and I opened the first pouch after the kids were in bed, and had a lovely time making stamps for them. Except, we did something wrong. Do you know what it is?

Stamps have to be mirror images of the thing you want to make! We both know that intellectually, but we both forgot! I guess there’s Daddy Brain as well as Mommy Brain going on in this house!

So, I gave the blocks to the kids to enjoy on their dressers until I got around to making the mirror image on the other side. I had to make the mirror images by myself, because Mike was out of town.

Much better! I didn’t get the stamps completely uniform in height, but I like the rustic effect that gives – and so do the kids! 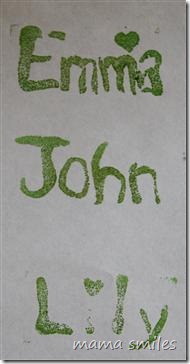 I still had 11 pouches of Sugru left, so I set to repairing other things around the house. I mixed black and green to fix the broken latch on my stroller:

And more of the white to soften the rough edges of the foot of our ironing board. It had a plastic casing over it originally, but that got lost a while ago. And then I probably found it, but didn’t know what it was and threw it away. I like the Sugru better, anyhow. 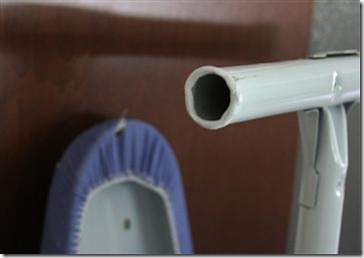 We had a little bit of orange left over, so I put tiny dots on the backs of a couple of picture frames to make them lay flat against the wall. I did that with the leftover black sugru, too, but it doesn’t photograph as well. 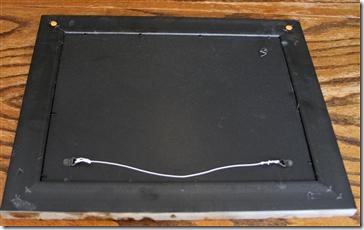 Then I used a bunch of blue and white sugru to repair Johnny’s Oball, which was falling apart. I repaired a small spot on Emma’s as well. I love Oballs, but I don’t love that ours are falling apart! Has anyone else had this happen with theirs? At least the Sugru fixed it!

Do you want to see what you can make with Sugru? Just leave a comment by noon Eastern Standard Time September 6th (tomorrow!) saying you would like to be entered, and telling me one thing you would like to make! You can get inspiration from the official Sugru blog, as well as their online gallery. I’ll ship anywhere, but be aware that the package has a sell-by date of 9 September 2011, so if you are outside the US especially you may not receive it by then. The actual Sugru packets are good to use until 9 March, 2012.

17 thoughts on “Learning Laboratory: Playing with Sugru (plus a Quick giveaway!)”