Skip to content
Home » Education » How to Build a Toy Parachute and Explore the Laws of Physics
2.7K shares

One of the things I really enjoyed when I was a little was building parachutes. When we were in Las Vegas visiting my mom, I thought it would be a fun project to do with the kids. My mom got us a thin plastic garbage bag. It was square, so we cut it in half to get two toy parachute sails. 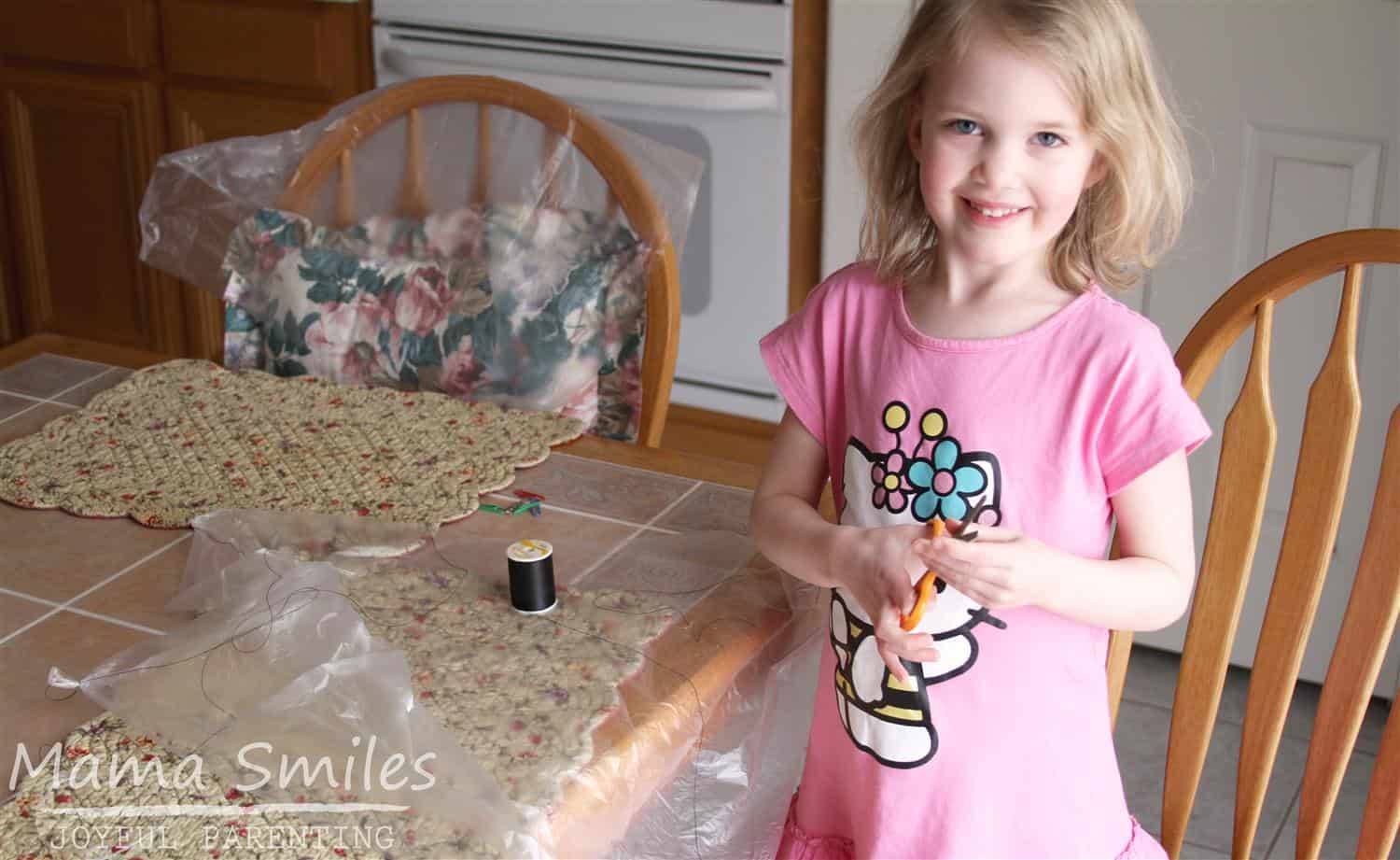 As Emma is demonstrating below (in a rather elaborate pose), we tied thread to each of the four corners of the sail. 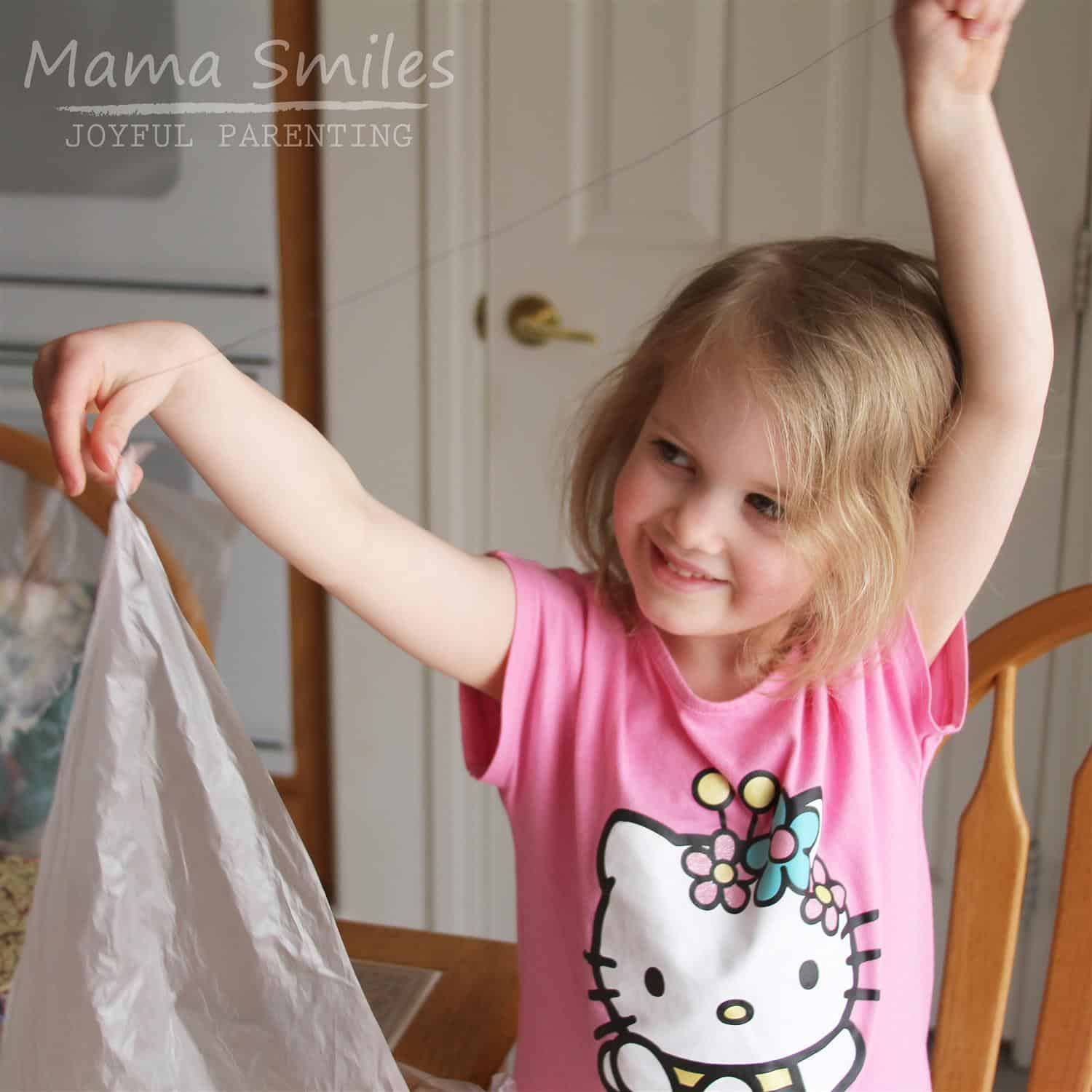 We were in need of a payload. At first we tried a few paperclips, but they weren’t heavy enough. The kids thought a toy parachute would be fun! We decided to use a little doll that I made with my grandmother when I was four years old. I have a crafty grandmother, and I enjoyed quilting, sewing, and crocheting with her when I was little. My mom still has many of my little projects saved in her closet. Anyway, my doll enjoyed a very graceful ride down from the second story, as you can see below. In hindsight, it would have been cooler if we made him a little parachute pack with straps instead of safety-pinning the thread to his head.

Emma enjoyed catching the parachute as it floated down. 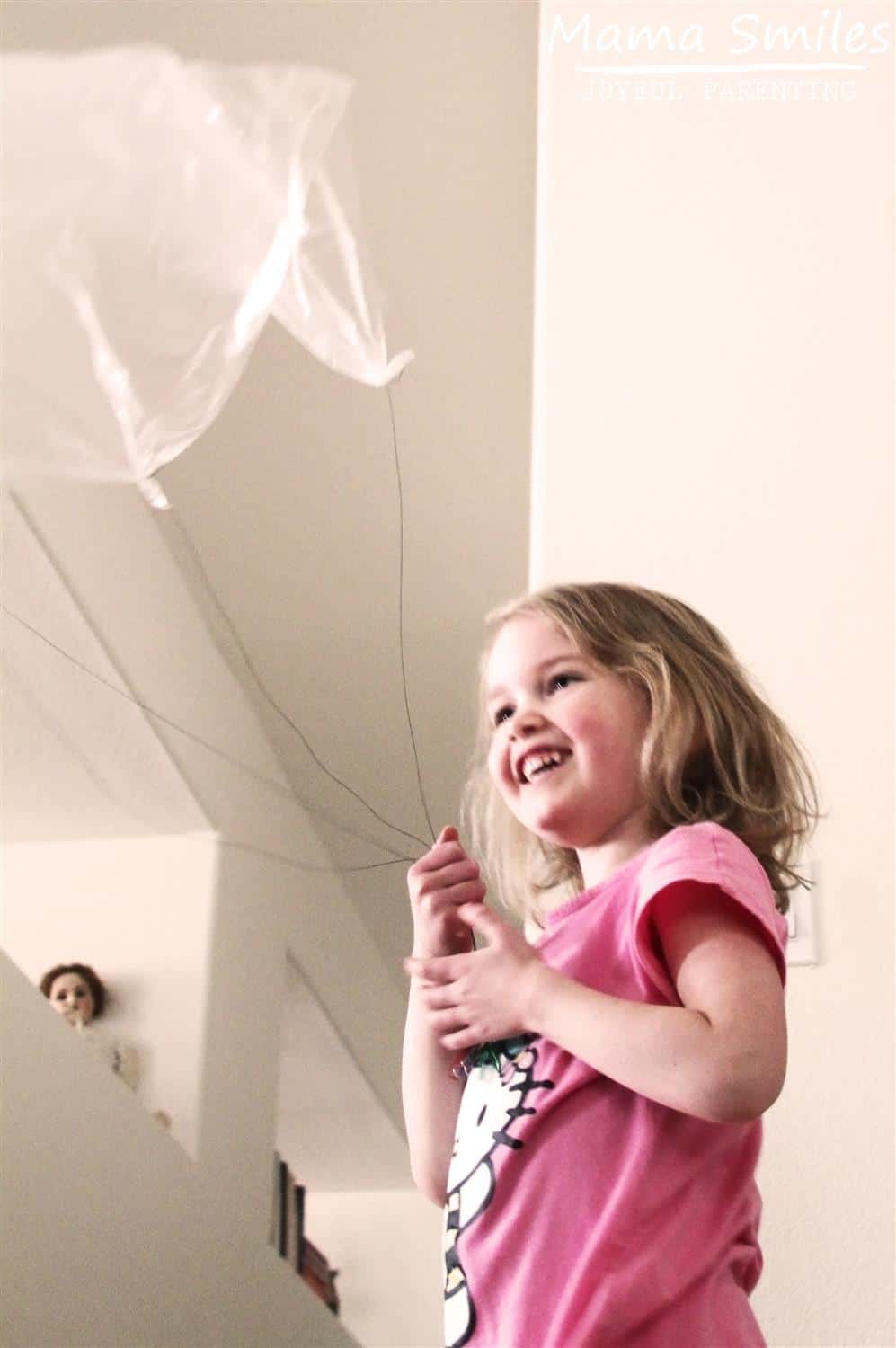 When we do this activity again, we’ll try timing how long it takes the parachute to float down. We can try different payloads and try to guess the effect on the float time. When the kids get a little older, we’ll try building some model rockets with a parachute embedded.

Have you ever built a toy parachute with your kids?