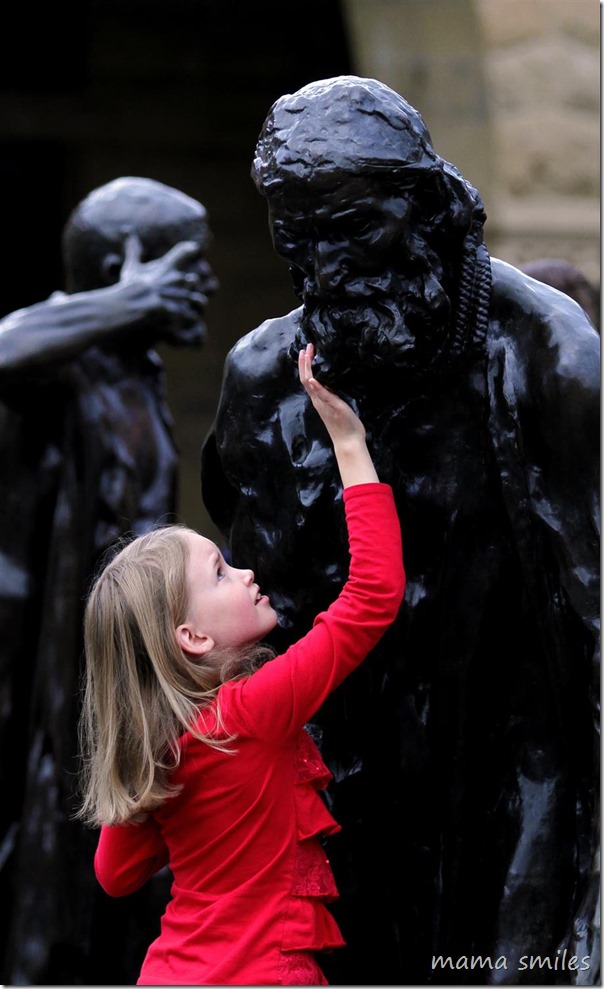 Do you know the story of the Burghers of Calais? In 1347, England had placed the French Port of Calais under siege. The siege lasted for over a year, and the residents were starving. King Edward of England offered to spare their lives if six of their leaders would surrender to him. Eustache de Saint Pierre, one of the wealthiest leaders in the town, was the first to surrender, and five other men volunteered to join him, leaving the town for likely death. King Edward ordered them to leave the town with nooses around their necks, carrying the keys to the city and the castle. Edward’s wife, Philippa of Hainault, convinced her husband to spare their lives for the sake of their unborn child.

I love this story, both because of the sacrifice of the six burghers and the queen’s merciful intercession for their sake. We visited Stanford campus on Saturday, and the kids were able to see Rodin’s sculptures of the six burghers who offered up their lives. Rodin was actually criticized for these sculptures, because critics felt that they were not heroic enough – showing pain and anguish. These powerful human emotions are actually my favorite part of the sculptures. The above photo of Emma shows that Rodin’s sculpting taught her about the sacrifice found within this story in a way that no heroic statue could. 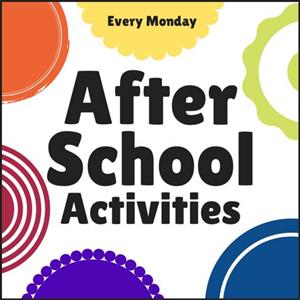 What are your kids learning about after school? Here are my favorites from the posts that were linked up last week:

Link up your after school learning and fun below! When you link up you give the linky hosts permission to feature your post and to pin it to our After School Activities board on Pinterest. Thank you for sharing!

16 thoughts on “Learning History Through Art”

186shares
186shares
Scroll to Top
This site uses cookies to collect data about site traffic and site interaction so that we can offer better site experiences and tools in the future.OkRead more