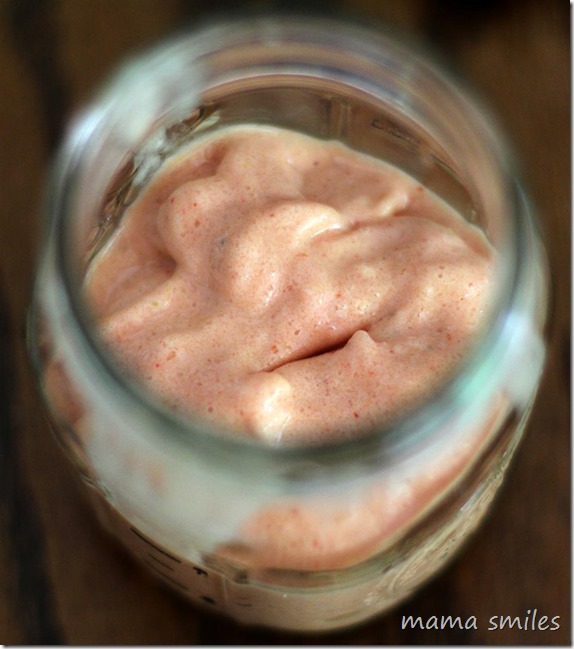 With hot weather here, I love to make smoothies for lunch. They are a healthy treat, and a fun way to cool down – especially in homes like ours that don’t have any air conditioning! Today I’m sharing some of our favorite kid-friendly smoothie combinations, and I would love to hear yours in the comments, if you have combinations that you recommend! 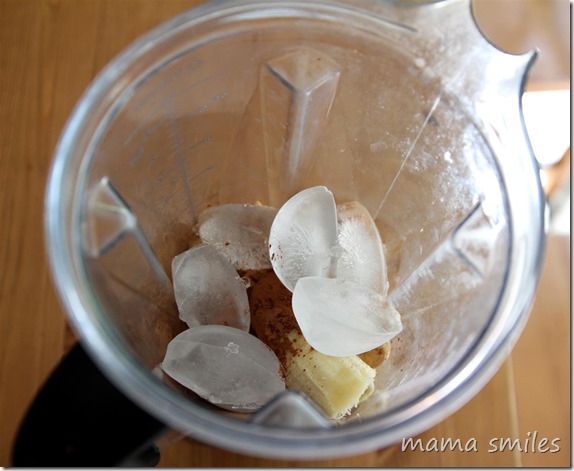 Bananas, cocoa, and ice with just enough milk to blend make the healthiest chocolate “ice cream” you can find –  and my entire family loves it! Sometimes we add vanilla extract, and sometimes we add cinnamon. Saigon cinnamon (we buy ours at Costco) is particularly good in this type of smoothie! I also add cashews when I want a heartier smoothie – you can see them in this photo if you look just above the banana chunk. When my kids were younger, they used to eat an even healthier “ice cream” with spinach, but now they say that’s just a smoothie.

Ice is the most important ingredient in all of my smoothies – it gives a much nicer texture than smoothies made without it. Having a good blender makes a big difference. I don’t own a stand mixer (it’s on my “someday” list), but we did invest in a Vitamix blender (Costco has a good deal on these every once in a while). It gets a lot of use! I know my sister-in-law really likes her Blendtec (which I have also seen for sale at Costco), but my brother says he wishes it had the tamper that the Vitamix has. 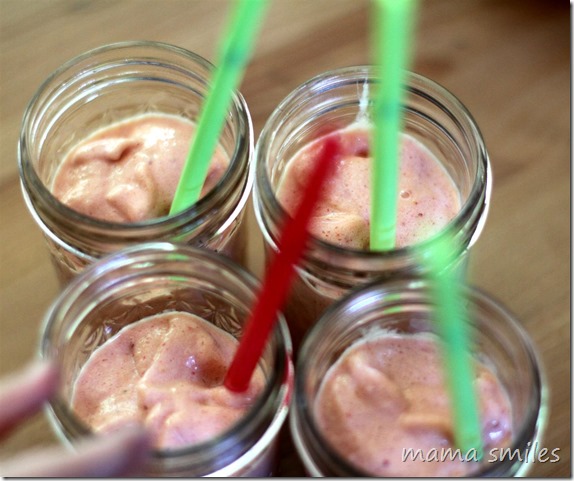 You can add spinach to pretty much any berry-based smoothie. I’ve gotten out of the habit since I switched to eating broccoli and kale salads instead of spinach ones. That’s really no excuse; spinach freezes beautifully. I just need to start keeping spinach in the house again. In the meantime, my kids enjoy delightfully pink and orange smoothies. The one above has strawberries, milk, whey protein, ice, bananas, and mango, and earlier this week we made a delicious one with mango, greek yogurt, a little milk, ice, chia seeds, and a dash of maple syrup. 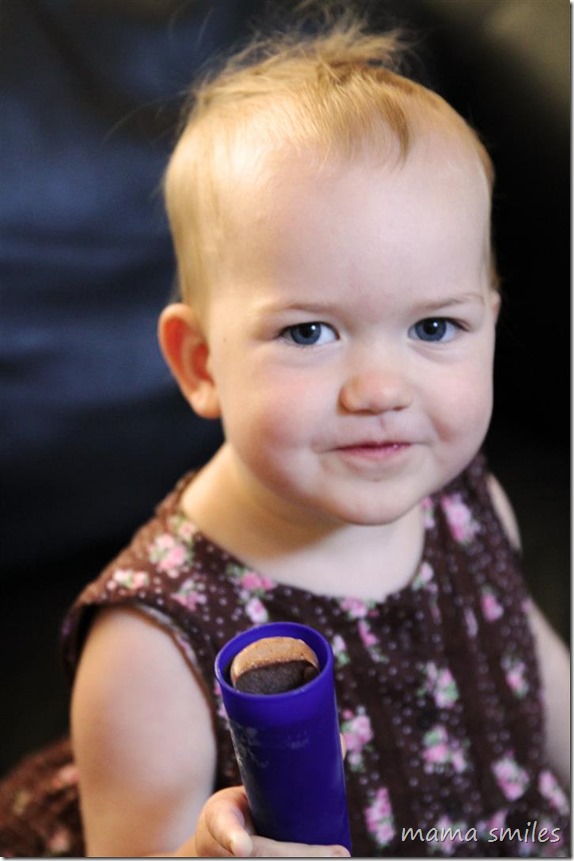 With four kids, there is rarely any leftover smoothie, but when there is I pour it into these Silicone Ice Pop Makers to have as a treat later on. These zipzicle bags are great, too. Here 21-month-old Anna is eating some of the banana-cocoa-ice-milk-cashew nut smoothie you saw in the blender earlier on in this post!

What are your favorite smoothie combinations?