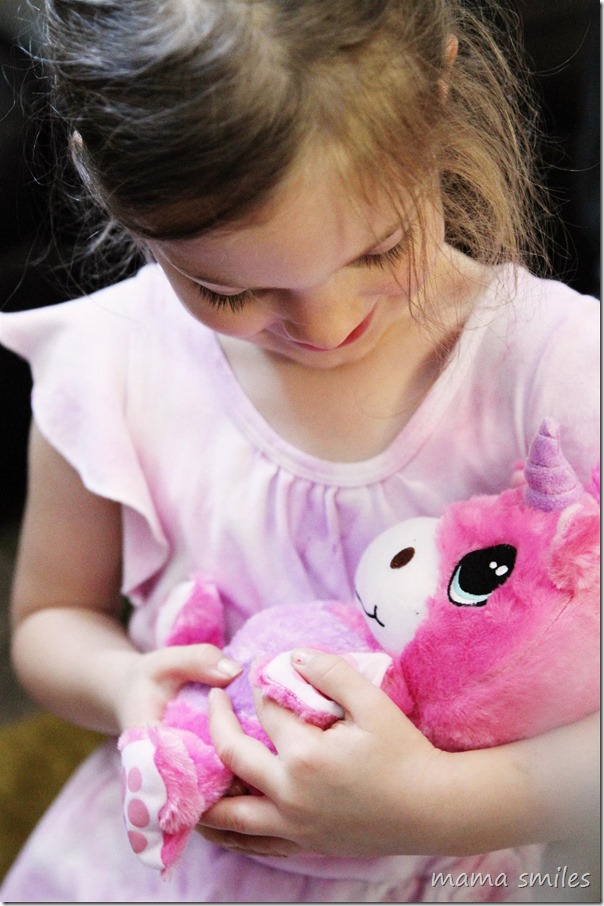 We were sent some ball pets (affiliate link) to review this month, and they were an instant hit with the kids! All four kids were instantly entranced by these soft cuddly toys that snap shut into a ball shape. Johnny and Lily are each allowed to bring a toy to school when they are class star (first grade) and star of the week (kindergarten), and this is the toy they want to bring.

Anna and I unboxed them and then hid them around the living room for the kids to find. It was fun to hear their reaction to finding them – especially five-year-old Lily! I had Anna choose which ball pet went to which child, and it was pretty interesting to see that she assigned them out the same way I would have. 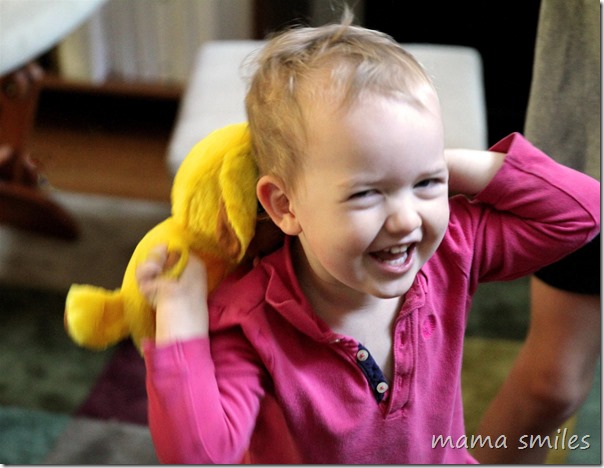 The surprise was a little bit smaller than it would have been, because Anna insisted on bringing hers along to pick the kids up from school (hazards of including a two-year-old in surprise planning) – but I would say that it was still a success! Kids love toys that transform, and this toy has great dimensions for kids to carry around, both folded up and opened up as animals. A lot of stuffed animals are larger than these, but when I look at both soft toys and dolls that my kids actually play with, they tend to be 15 inches or smaller.

These little toys are a great size, and their fur is extremely soft. Johnny likes to use his as a soccer ball, and I have to say that I do NOT recommend that – we had the inner spring snap, and Mike had to open it up and repair it). Rolling them along the floor gently should be fine, but my six-year-old has a pretty serious soccer kick.

I had never seen a toy like this until this year – have you?