Today we’re visiting Wales for the Exploring Geography series! Guest author Alyson usually writes for World Travel Family about her family’s adventures exploring the world. She now lives in Australia, but was born in Newport, Wales and lived in Cardiff . She has two young children and travels extensively. The family are about to embark on a round the world trip of no predetermined length; they want to stay traveling forever. The children are homeschooled, this has given the family the freedom to carry on traveling. Here are three posts I adore from Alyson’s blog: 12 Reasons to Take a Round the World Trip, Travel Horror Stories (arachnophobics, beware, very scary spider photo, and Flying With Children. 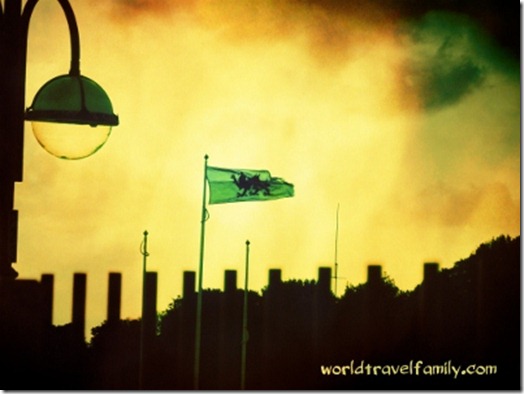 It can be tricky to understand that Wales is part of the United Kingdom (UK) and part of Great Britain (GB) and yet, it is a country in its own right. I find it tricky and I was born there! Briefly, the UK, the sovereign state of Great Britain and Northern Ireland, is made up of the island of Great Britain and the top part of the island of Ireland, Northern Ireland. The UK is governed from London, but Scotland, Wales and Northern Ireland have their own devolved administrations and are also governed from their capital cities. The capital city of Wales is Cardiff, in South Wales, my home. That’s the difficult bit, lets get onto the fun stuff! Just please remember, if you could, to never, call a Welsh person English. Some of us are quite touchy about it! 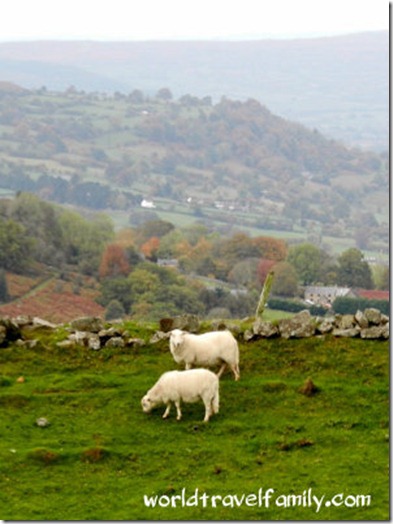 We share most of the foods you would normally associate with England or the UK: fish and chips, Marmite, cooked breakfasts, but there are plenty of traditional Welsh specialties too. Wales is famous for sheep farming, the scrubby grass of the mountains is perfect for sheep, and Welsh lamb is some of the best in the world. There is also a lot of fish and shellfish caught off the Welsh coast along with freshwater fish such as trout. Welsh Cakes are a lovely, sweet teatime treat, they are rather like a cross between a scone and a pancake and are cooked on the stove on a hot griddle. My Mum made them for me and I now make them for my children, they disappear as soon as they are ready. Find a recipe for Welsh Cakes here. Laver Bread ( bara lafwr in Welsh) is actually a sort of seaweed collected from the beaches of South Wales. The seaweed is boiled and pureed, sometimes rolled in oatmeal, before being fried, traditionally with cockles or bacon, and served for breakfast. It’s good for you, rich in protein, iron and iodine and really delicious, but you may think it looks a bit strange! You can buy this green puree in many markets in Wales. 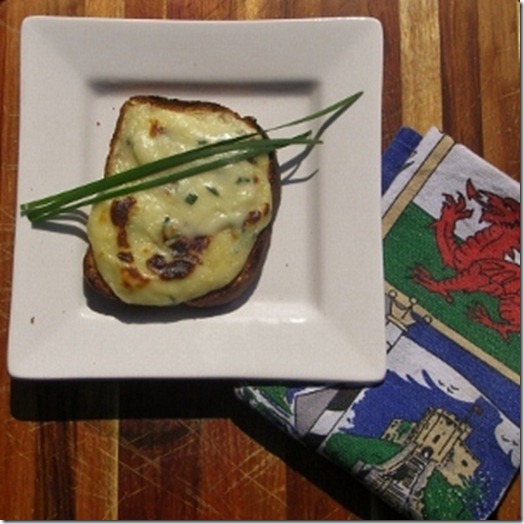 Welsh Rarebit is basically fancy cheese on toast. A really thick cheese sauce is made, often with the addition of beer, herbs or mustard, and that sauce is poured over the toast before grilling. If you make the sauce thick enough you can actually cut it into thick slabs to place on the toast.

Wales has its own language, Welsh. The Welsh language was almost wiped out a long time ago when children in school were banned from using it and were beaten if they were heard. These days most children learn it in school, even though their parents might not know any Welsh. The language is coming back. All signs in Wales have Welsh and English translations. Our national anthem Hen Wlad Fy Nhadau ( Land of My Fathers) is sung in Welsh. It means a lot to the Welsh people, but some children sing ” My hen ate an adder, it killed it for tea” if they are unsure of the words. Welsh pronunciations are difficult to get used to, y is pronounced u, dd is pronounced th and there is no letter k. Cymru, Wales, is pronounced Coomry. 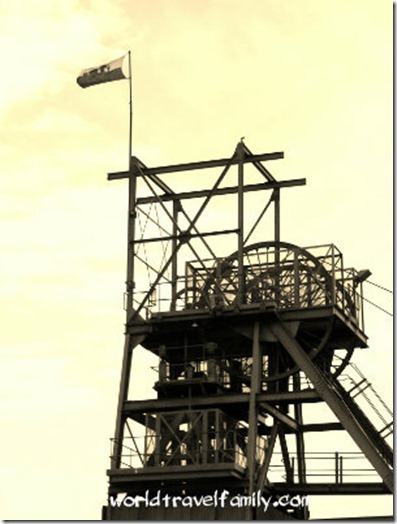 Coal Mine in Wales

(Y Ddraig Goch – the red dragon, in Welsh) is on our national flag. It’s thought that the dragon was the emblem of such great Celtic leaders as King Arthur; he probably came from Wales. Our dragon is a widely recognized symbol of Wales and all things Welsh; other symbols include the daffodil and the leek. You will see Y Ddraig Goch flying in a few of the photos on this page.

Dylan Thomas, the poet and writer, is my personal favorite Welsh icon, Dylan is a Welsh name, it should be pronounced Dulan. He wrote the poem “Do not go gentle into that good night” and the play for voices “Under Milk Wood”. There are plenty of other famous Welsh people, singers Tom Jones and Shirley Bassey, actors Richard Burton, Catherine Zeta Jones and Timothy Dalton and politician Aneurin Bevan, the founder of the National Health Service. The current Australian Prime Minister, Julia Gillard, is originally from Wales. 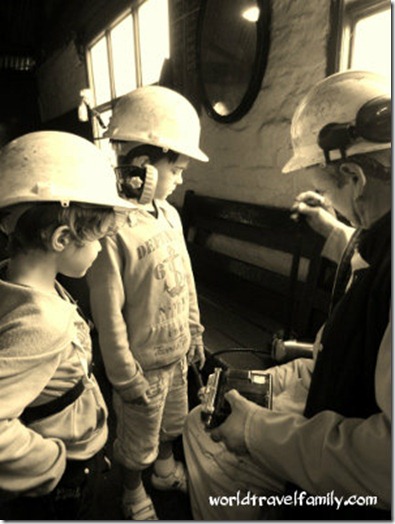 Places that tourists like to visit in Wales include our many ancient castles, beautiful mountains and some lovely beaches. We also have fantastic museums and commercial attractions. You may not associate Wales with the Romans, but much of Wales was under Roman military occupation. Some of the finest Roman remains in Europe are found in Caerleon, South Wales, including an amphitheater, barracks and bath house. One of our old coal mines has been converted into a fantastic (and free!) tourist attraction. At Big Pit, Blaenafon, South Wales, you can descend into the mine guided by real ex miners, to experience what life was like for the men, women, children and ponies that worked underground. Our coal mining industry is long gone, but it was a huge part of Welsh history. These days there is a lot of interest in Cardiff from fans of the TV series Dr. Who. It’s made and filmed in and around Cardiff, and many local sites are featured. Bad Wolf Bay is actually Southerndown, a beach not far from Cardiff, the Torchwood tower stands on Cardiff bay in Roald Dahl place. The famous children’s writer was also a Cardiff boy.

Thank you, Alyson, for this wonderful post about Wales! I remember visiting Wales when I was 11 years old and being in awe of the beautiful countryside. My mother was a bit too in awe of the countryside – she kept navigating my father on detours through “green sections of the map” so that we could see more Welsh countryside and sheep!