Today’s post comes from Ticia, who blogs at Adventures in Mommydom! Ticia homeschools her twin sons and their younger sister. I am constantly learning new things through her blog! She has a great way of planning hands-on, highly interactive lessons. I especially enjoy her Science Sunday linky and her 50 States Study series. And I have her portable writing center on my “to-make” list! She also has a fabulous sense of humor!

I’ve thought long and hard trying to come up with what is distinctive about Texas.  It’s a big state, so that would really depend on what area you’re in.

I thought about sharing the Alamo, where Texans took their stand and said they were not going to surrender, but the computer ate my pictures of the Alamo.  We have NASA, but the last time I went there I was in Junior High, so no pictures for that either.

Finally, I knew what to talk about.  Texas is crazy hot 9 months out of the year, I only exaggerate slightly, but for the month of March and part of April we have the most gorgeous hillsides you’ll see. 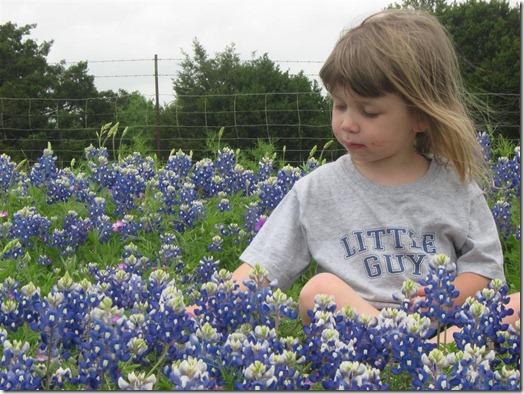 They’re covered in bluebonnets, those are the state flower.  There are many different shades and varieties.  There’s even a rare version called "Alamo’s Tears," that is red.  Every year you can find the hillsides of Texas covered in flowers and families making the trek to get pictures of their kids in the flowers. 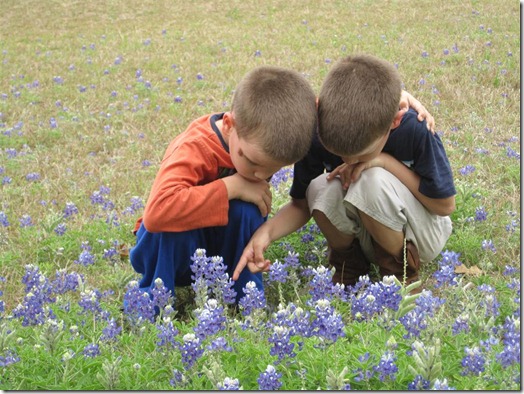 Some years the fields are blue with flowers, other years, like last year, you only see a few sparse ones because of droughts.

But, there’s a story called “Legend of the Bluebonnet,” that tells how we got our precious flower.  A young girl gave up her favorite thing to help her village, and she was rewarded with the most beautiful flowers. 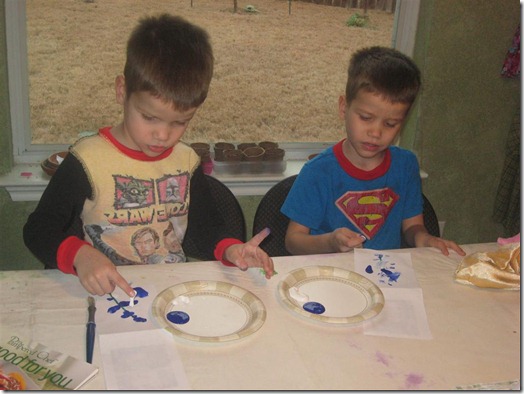 Ages ago we made bluebonnets to help us remember the story.  It’s a fun easy project that just takes poster paint in a couple of colors and children willing to put their hands in paint.

Well, that’s my very anecdotal story about Texas, this doesn’t tell you super a lot about the state, but it tells you about the thing I think of most when I think of Texas.

Thank you, Ticia, for this lovely post! I always enjoy seeing bluebonnet photos, and hopefully I’ll see them in real life, someday! And I had no idea there were red bluebonnets!

Interested in guest posting for this series? Email mamasmilesblog at gmail dot com!