Today’s Exploring Geography post about Malawi comes courtesy of Jody, is a stay-at-home mom, raising two girls in a wildlife reserve in Malawi. Pre-motherhood she worked with international and environmental education. Jody is homeschooling her daughters and enjoys sharing her love of other cultures, nature, and conservation with them.

Malawi is a small country (a little bit smaller than Pennsylvania) with a lot of people. It is one of the most densely populated countries in Sub-Saharan Africa. This was a big adjustment for us, as we had moved from Zambia, a larger country (a little bit larger than Texas) with fewer people. When we first drove into Malawi the vast number of people and the lack of open uninhabited spaces were the first things we noticed. The available space for people to live is even smaller than the size of the country suggests because one of Malawi’s greatest natural features, Lake Malawi, takes up about twenty five percent of the country’s total area.

Lake Malawi is a sight to behold. It is so vast that you can barely make out the other side when you look across, and on a hazy day you can’t see the other side at all. It gives the impression that you are at the ocean so it’s a bit surprising that it is fresh water when you jump in for a swim. The lake is home to many unique fish populations (cichlids) found nowhere else in the world. It is a tourism destination and also supports a large number of fishermen. 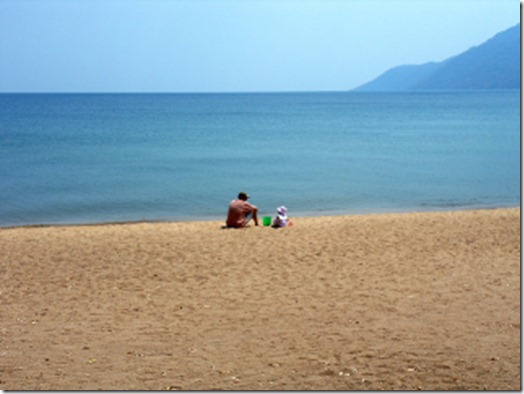 Overpopulation in Malawi means that you rarely see indigenous woodland: so many trees have been cut down to make room for homes and for fields. Tobacco, tea, and sugar are grown here for export. We live in a wildlife reserve that is a protected area, which means that the government has decided that this piece of land will remain uninhabited by people to preserve some indigenous woodland for wildlife and birds. The reserve is home to many animals including more than twelve antelope species, warthog, zebra, buffalo, leopard, rhino, elephant, and most recently lion. Three lions from South Africa have just been reintroduced and will be part of the starter population for this reserve.

There is a small town about a half hour drive from us. It does not have a lot of cars so most people get around on foot or by bicycle taxi. If they want to go to Blantyre, a city about an hour away, they will ride on a minibus. Minibuses are typically very crowded. 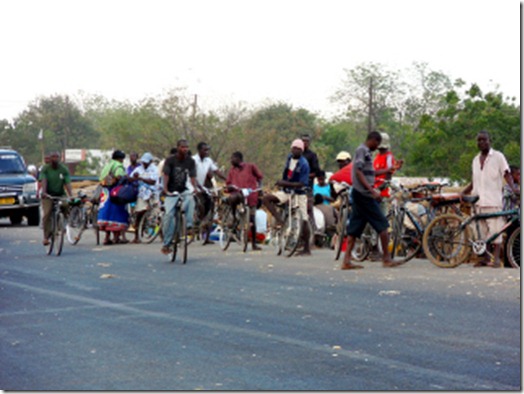 The staple food in Malawi is nsima and it is eaten with relish. Nsima is a dish made by cooking maize meal (a variety of corn flour) with water until it is about the same consistency as playdough. You use your right hand to eat nsima and roll it into little balls that you dip into your relish. Relish is the term used for whatever you are eating with your nsima. It could be fish, chicken, meat, or green leaf vegetables. Here we are having nsima with mustard greens and my favorite relish (khadingo), which is tomatoes cooked with peanuts that have been pounded into a flour. 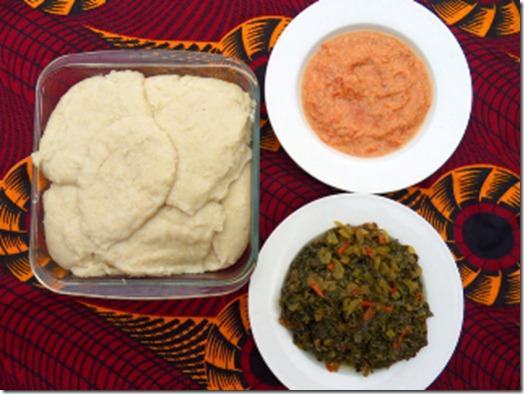 You can get everything you need to make nsima and relish at the local market. The most common green leaf vegetables that are eaten here are Chinese cabbage, rape, sweet potato leaves, pumpkin leaves, and mustard leaves. They are often cooked with onion, tomato, and either pounded peanuts or cooking oil. 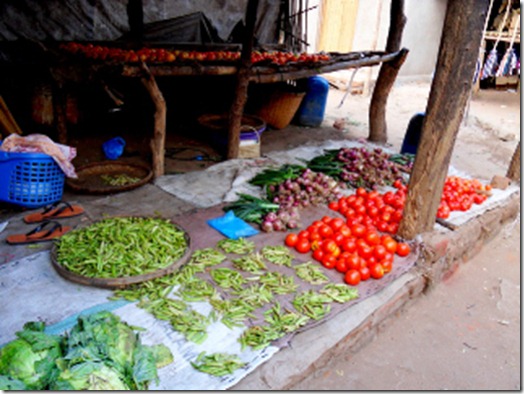 Malawi is a beautiful country known as “The Warm Heart of Africa.” It is a fitting tribute to its large, and welcoming, population.

Thank you for this post, Jody! I need to try some nsima with khadingo!

Are you interested in writing about a city, state, or country that you love as part of this series? Email mamasmilesblog at gmail dot com.