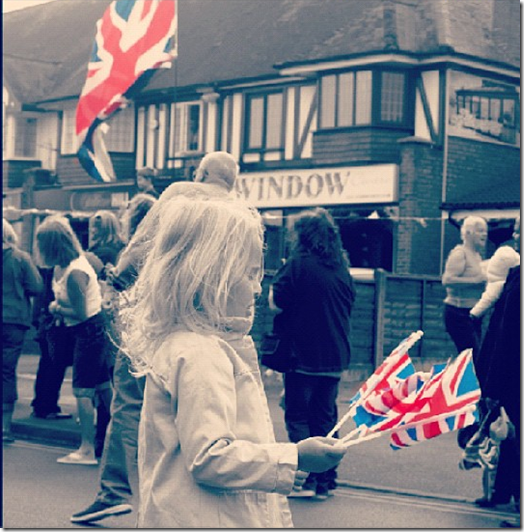 With a surname like English there is only one place I could possibly write about – my home country England. (Although, I was actually born in Scotland which is in the North of the United kingdom – but we’ll ignore that for the moment.) What comes to mind when I think of England? Cups of tea, rain, long walks in the countryside, the Queen, politeness, curling up with a book under a warm blanket, old buildings, The Olympics 2012, The Beatles, and eating fish and chips.

There is a famous quote which goes: "If you want to eat well in England, eat three breakfasts (Somerset Maugham). This is because English food used to have a bad reputation and "an English breakfast" of sausage, bacon, beans, tomato egg and toast was considered the only good food we had. This is really a holiday treat now and most people eat cereal, luckily the rest of our menu has improved. Curries are now considered to be our best dish, especially near where I live in the City of Birmingham which is a melting pot for many different cultures. My favourite part of the English menu is a cup of tea, preferably with a scone with lots of jam (jelly). 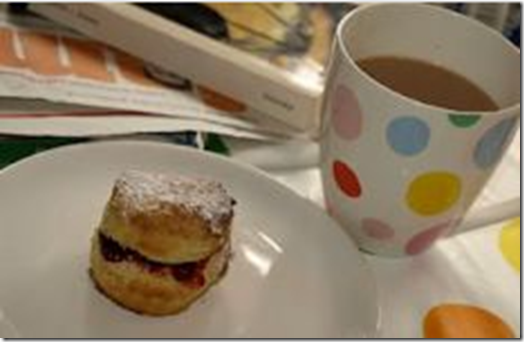 There are a lot of traditional crafts from England. When I was younger I used to do a few, mainly because I loved old English novels such as Jane Austen. I used to do lace making, although I never made lots of lace, just a few book marks. I also did cross stitch which is a type of embroidery which has become more popular recently.

There is a strong writing tradition in England and this is probably because one of the most famous writers Shakespeare lived here. His plays are performed regularly around the world and many phases which we use every day come from his writing. Probably the best books to get a flavour for real English life are the books of Shirley Hughes. My daughter listens to a CD of Dogger nearly every night and the pictures are so realistic, and remind me of my childhood. I love how she has everyday children living normal lives.

Probably the most famous person in England is The Queen. This year was her Jubilee because she has been ruling the country for sixty years. People up and down the land had street parties to celebrate. There were lots of flags on show. These were mainly the Union Jack which is the flag of Great Britain (England, Ireland, Scotland and Wales). The English flag is just the red cross on a white background. If you want to read a funny (though not very accurate) book about the Queen then The Queen’s Knickers by Nicholas Allen with have you giggling.

Thank you, Rebecca, for this lovely introduction to England! I will definitely be reading both of your recommended books with my children!

Interested in guest posting for this series? Email mamasmilesblog at gmail dot com!