Today’s Exploring Geography post comes from Carolyn, mom to two boys, ages 4 1/2 and 1. She believes play is critical to child development, and her blog, the Pleasantest Thing, chronicles the way she brings play into activities, projects, reading, and meals. With two active boys, the ideas she likes best are easy, inexpensive, and fun. 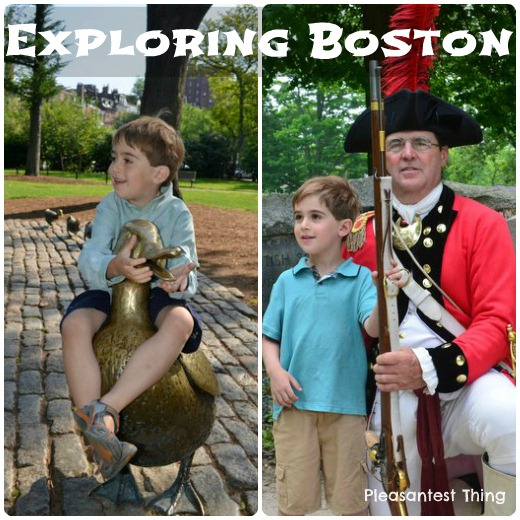 Boston, MA has a special place in the history of America. It was one of the first cities established by Europeans in the country, when it was described by its first governor as a “City upon a hill.” Later, the city played a leading role in the path to the American Revolution. This city is special to us because my husband lived here for years, and we bring our children each year to revisit our favorite attractions.

Boston Public Garden: Our absolute, all-time favorite Boston destination is the Boston Public Garden. The duckling statues in the Public Garden bring to life Robert McCloskey’s children’s book, Make Way For Ducklings. This classic tale follows Mrs. Mallard as she teaches her 8 newly hatched ducklings to swim in the Charles River and then shepherds her brood through the busy Boston streets to meet Mr. Mallard in the Public Garden. Children crawl over these statues, hug them, ride them, and it is a sight not to be missed. Seasonally, you can also take a ride in the Swan boats around the pond. 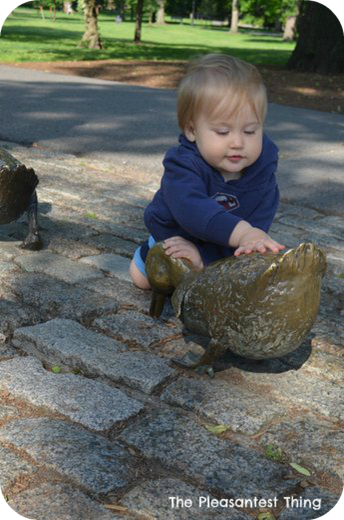 Freedom Trail: Steps from the Boston Public Garden is the Boston Common, the start of the Freedom Trail, which stretches all the way to Charlestown. It takes you through the streets of Boston, where kids can follow the path of history as they walk a  red-lined path that provides a tour of the major historical sights.  A few of my 4 year old son’s favorites are: 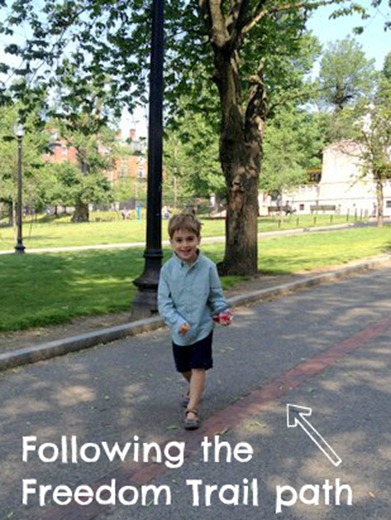 Boston Children’s Museum: We have been to many children’s museums, and we rate Boston’s as one of the best. It has several floors of engaging, hands-on activities for kids from babies on up. My 4 year old especially loved the Arthur exhibit, which recreates a school, a kitchen, a camp scene, and an airplane from Marc Brown’s popular children’s book series. My 1 year old had fun playing in the baby area, which is full of soft places for a baby to lie down, and places to cruise and crawl for the more mobile little ones.

Christopher Columbus Park: A park offering outdoor concerts and movies and a sprinkler park in the summer and a year round playground and sandbox, with lots of benches for resting while enjoying a harborside view. We have spent hours and hours sitting at this playground and playing in the sand. 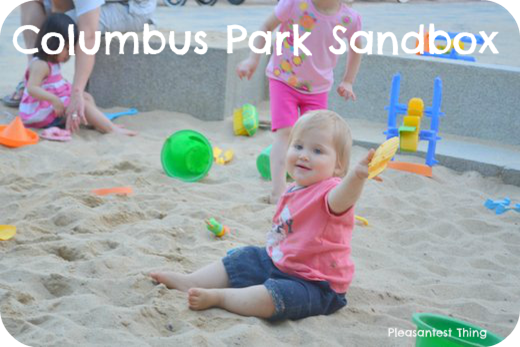 Of course, if you have ever heard of Boston referred to as “Beantown,” you won’t want to miss trying some Boston baked beans (beans cooked using molasses and pork). Boston’s harbor makes fresh seafood a treat to enjoy in this city. There are several famous lobster roll places (our favorite is James Hook & Co). In addition, New England clam chowder – a cream-based soup with potatoes and clams – is a staple in many restaurants.

Worth a short ride: 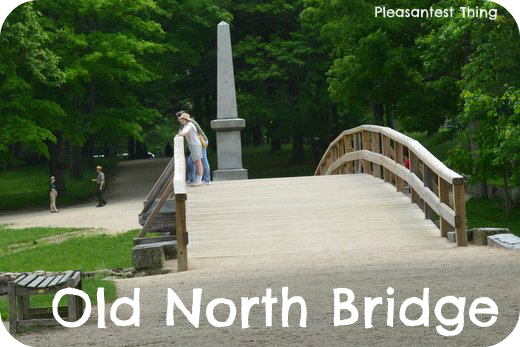 Some other fun things in Boston:

Thank you, Carolyn, for this wonderful introduction to Boston! We need to try James Hook & Co’s lobster rolls sometime!

Are you interested in contributing to this series? Email mamasmilesblog at gmail dot com!