Today we’re “visiting” New York City courtesy of Erica (aka Mom and Kiddo). Erica loves living in the Big Apple because the variety and diversity of life here makes every day a new experience. She blogs at What Do We Do All Day? about easy ways to keep kids entertained with books, food and learning activities. You can also find her on Pinterest and  Facebook.

Here are three posts from Erica’s blog that I recommend: Indoor Activities for Kids, 10 Ways to Play With Toy Cars, and 50+ Chapter Books for Preschoolers and 3 Year Olds. 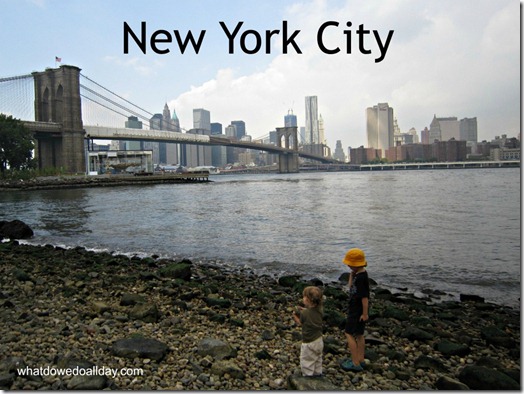 New York City, also known as “the city that never sleeps” or the “Big Apple” is sometimes called the greatest city in the world. Before the arrival of Europeans on North Atlantic shores, the area was home to the Algonquian tribes who lived off the land’s rich bounty and hunted and fished in the local rivers. The Lenape Native Americans called the land Mannahatta. Present day NYC is made up of five Boroughs: Manhattan, Staten Island, Queens, Brooklyn and the Bronx. With a population of more than 8 million residents, it is the most populous city in North America. 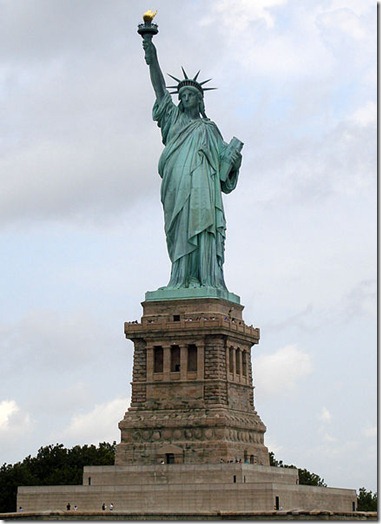 Diversity: Did you know that New York City is one of the most diverse cities in the world? More than 25% of NYC residents were born in foreign countries, and over 800 languages are spoken here! The Borough of Queens is the most ethnically diverse place in the entire United States. The Statue of Liberty and Ellis Island stand as monuments to the city’s historic reputation as a welcoming harbor for people in search of a new life. Some are drawn to the city because of the promise of a new and better life, others come for jobs, to be near family and some come just because the city is so exciting! 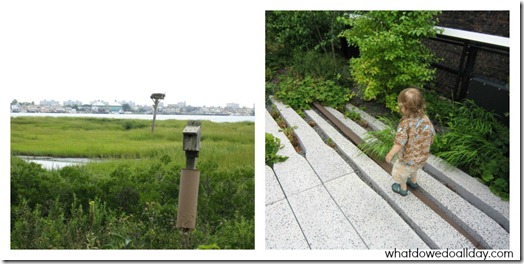 Greenspace: Did you know that NYC has pledged to plant a million trees over 10 years? That’s right. When most people think of New York City they think of skyscrapers, crowded sidewalks and busy streets filled with honking taxis. However, NYC hosts one of the most ambitious Greenspace initiatives in the country. The most famous park is Central Park right in the middle of Manhattan but many creative urban projects are turning abandoned industrial spaces into beautiful public parks. We love to visit the High Line park, which used to be a railroad running down the length of Manhattan. Now it is planted over with native plants and is a place where New Yorkers can enjoy the outdoors. Most people don’t think of NYC as a place to enjoy nature, but there are 10 National Parks in New York City! They range from Teddy Roosevelt’s Birthplace to the Gateway National Recreation Areas where you can explore wetlands, beaches, and even a Civil War-era fort. And if you love playing outside, there are over 1700 playgrounds! 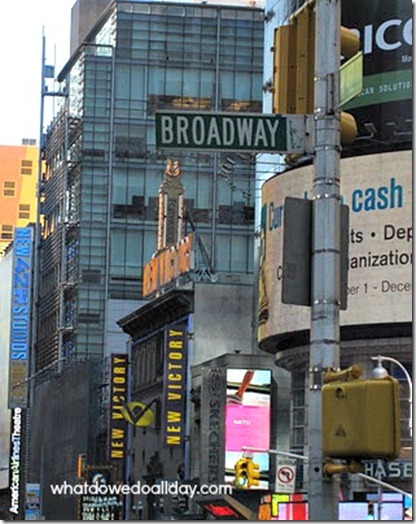 Cultural Heritage: Did you know that some of the most famous paintings in the world are located in one of New York City’s museums? New York City has over 100 museums. Some are very, very large like the Metropolitan Museum of Art but many are just for children, like the The Children’s Museum of Art, where kids can go to learn about art and make something of their own to take home. My kids and I love to go to the theater, and New York City is home to Broadway, the biggest theater district in the country where you can attend musicals like The Lion King or Annie. There are also hundreds of smaller theaters where you can find a performance to suit anyone’s taste. During the holidays, many families make a special trip to the New York Ballet to see a live performance of the Nutcracker or even the New York Metropolitan Opera, which performs kid-friendly versions of famous operas like The Magic Flute and Hansel and Gretel. 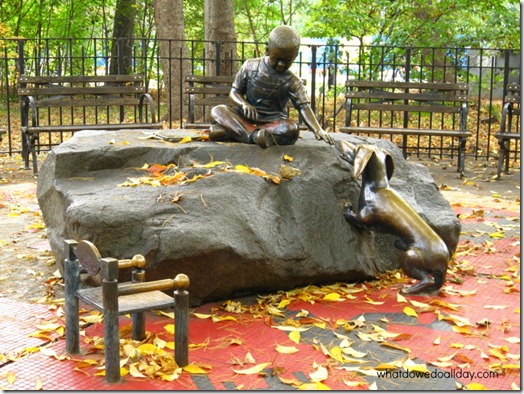 Literary Heritage: Did you know that NYC is home to some of your favorite book characters? The original Winnie-the-Pooh and all his friends live in the New York Public Library, where you can see them on display in the children’s section. Have you ever read Eloise? She lived in the Plaza Hotel, on the edge of Central Park. A statue in Central Park pays homage to Alice in Wonderland, and a mural of Alice and her Wonderland companions is underground at the 50th Street subway station. In the photo above you may recognize Peter from Ezra Jack Keats’ book, The Snowy Day. He is with his dog, Willie, from Whistle for Willie and the little chair that was so important to him in Peter’s Chair. If you want to learn more about New York City, ask your parents to take you down to the library to check out these books:

A Walk in New York by Salvatore Rubbino: A boy and his dad take a walk and see all the sights.

A Poem As Big As New York City: a collaborative poem written by NYC schoolchildren.

Thank you, Erica for introducing us to this exciting place to live! I hope to take my kids there for a visit someday soon!

16 thoughts on “Exploring Geography: An Introduction to New York City for Kids”