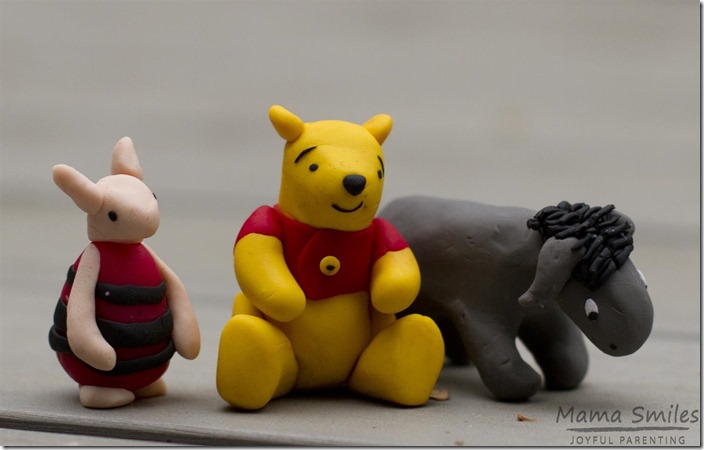 I LOVED the Winnie the Pooh stories as a child! My mom had a copy of The Pooh Craft Book, and I used to trace the patterns and make felt DIY Winnie the Pooh figurines to give to my siblings at Christmas. I now have my mom’s copy of the book, and I keep planning to make the animals for my own kids, but haven’t yet. Winnie the Pooh is all cut out waiting to be put together, but he has been that way for a couple years and now I’m thinking I should cut him out all over, but with proper wool felt this time instead of craft felt! Maybe this will be the year! If you like to sew, these patterns are perfect for making felt Winnie the Pooh characters – impeccably designed and easy to follow. For now, my kids have these Sculpey III polymer clay figurines to play with instead. These little guys are tiny – all under two inches tall. Polymer clay creations are pretty sturdy – I have a few that I made as a kid that are still intact – and if they break you can fix them with Sculpey Bake and Bond. Since Sculpey clay is a crafting rather than a toy making material, use common sense if you decide to make these. Don’t give them to a very young child who might try to eat them!

Note: a friend noted that you could make these using marshmallow fondant and use them as Winnie the Pooh cake toppers. Maybe it is time for me to experiment with this edible crafting material! You could also use Crayola Model Magic to make larger Winnie the Pooh figurines.

I had visions of photographing a step-by-step tutorial of this for you, but the combination of a very poorly lit house and crafting alongside a three-year-old meant that didn’t happen. Hopefully this is still helpful. 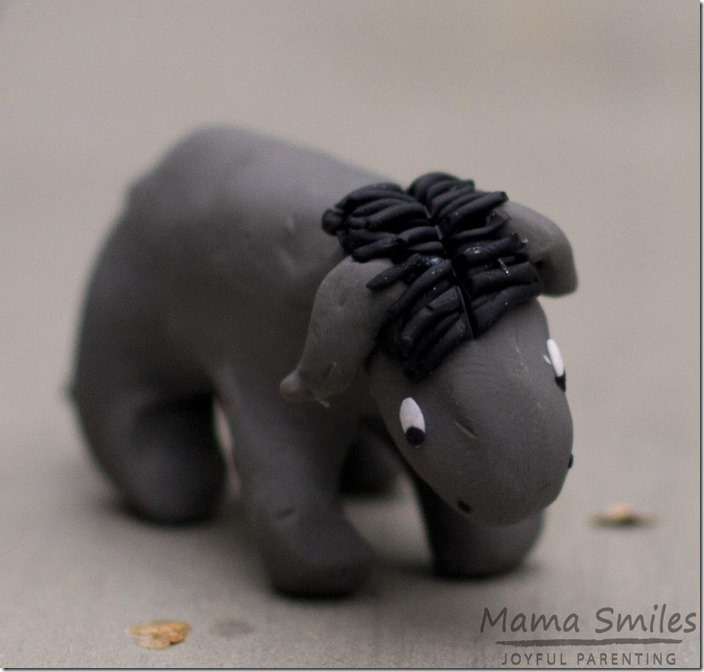 Eeyore is easier to sew than Winnie the Pooh, but I found him more challenging to make out of clay because he is harder to break into smaller pieces.

I am least happy with Piglet, whose nose needs to be more upturned, but he is still recognizable.

So far my kids have really enjoyed these figurines! Not surprisingly, they like Winnie the Pooh the best – he is the main character and I think I did the best job making him out of the three.

What should we make out of polymer clay next? 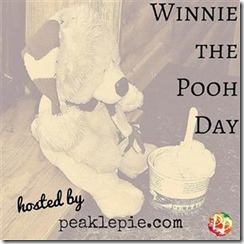 January 18th is Winnie the Pooh author A.A. Milne’s birthday, and my friend Helen at Peakle Pie put together a fun blog hop to celebrate. This post is my contribution! Here are the posts from my co-hosts:


Do you have a favorite Winnie the Pooh themed craft or activity to share? You can share photos as well as book suggestions and activity ideas on my Facebook page, or tag me on Instagram. 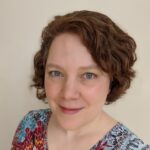