Today you get to hear from Mike (Dada to the kids) as he elaborates on the highly entertaining Star Wars bedtime stories he tells our kids every night! 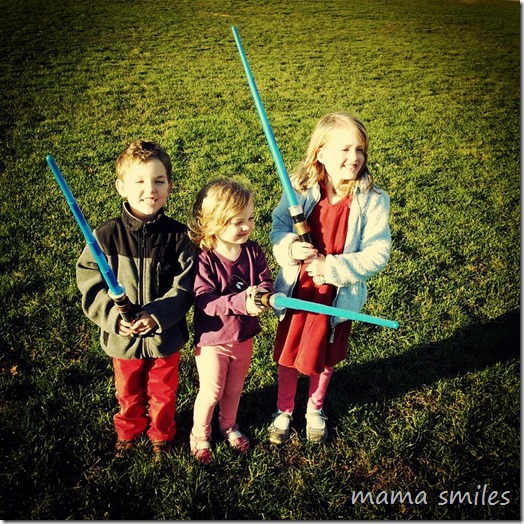 One thing that Emma, Johnny, and Lily all have in common is that they love Star Wars—which is really fun for me, since I really love Star Wars too. The story has fascinated four generations of my family and has inspired hours and hours of drawing, Legos, and play in our house.

Like most parents, we have had some difficulty in getting our kids to go to bed. But, now they are doing much better, and we have a bit of a routine. After MaryAnne plays the guitar and sings to them, I’ve been telling them a bedtime story out in the hall between the two bedrooms. They aren’t content anymore with our collection of children’s stories; they want me to create stories on-demand, ideally with themselves as the main protagonists. I feel for those cartoonists who have to try to come up with a funny storyline every day for the newspaper. It is sometimes difficult to come up with fresh, interesting stories right on the spot. But, it is made so much easier with a little help from our Star Wars friends. Here’s my strategy:

After I started telling my kids these stories, MaryAnne’s sister pointed me to Darth Vader and Son by Jeffrey Brown. It isn’t a story book, but it’s a collection of absolutely hilarious comics, and the kids enjoyed it just as much as me. The follow on story, Vader’s Little Princess is available on pre-order from Amazon and will be coming out on April 23. 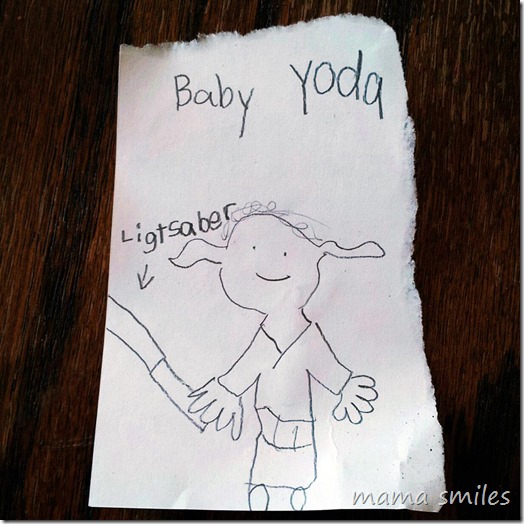 Are there Star Wars fans in your house?