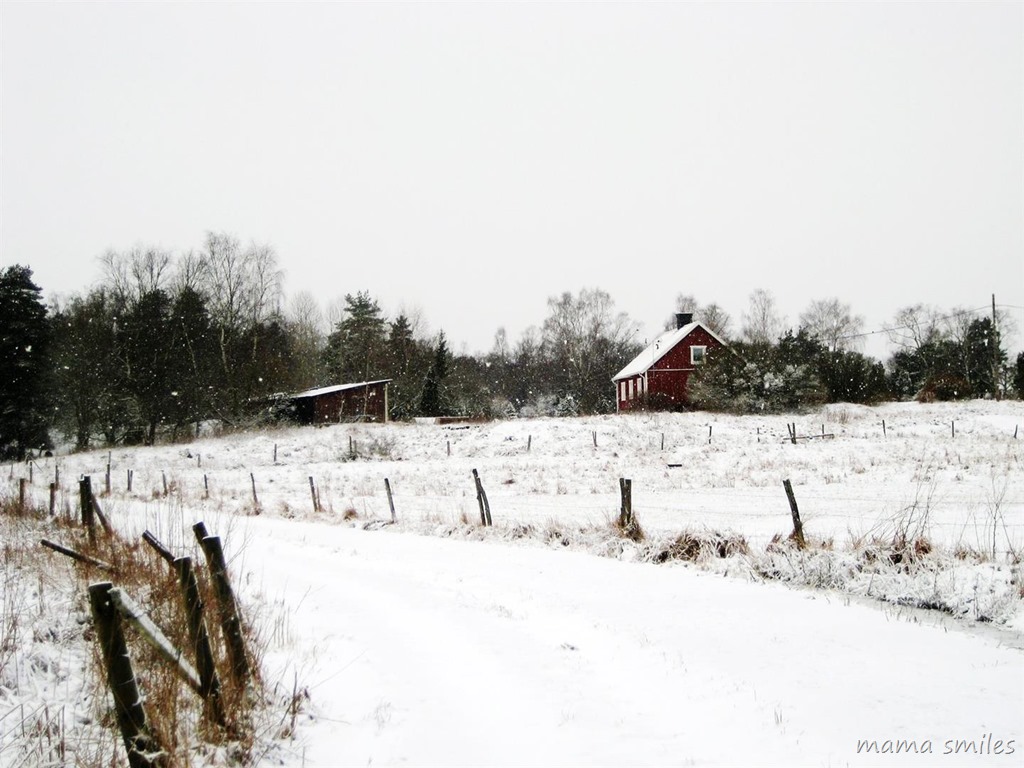 I’ve mentioned before that I was raised in five different countries. Once I left home, my parents continued their globe-trotting life, with my six younger siblings in tow. Out of everywhere they lived, experiencing Christmas in Sweden left my family with the most new-to-us Christmas traditions! I never had the opportunity to witness these traditions first-hand, but I loved hearing about them, so I reached out to my younger siblings who lived there – and went to Swedish schools, participating fully in all of these events – to write this post. All of the pictures are courtesy of K, who was 9 when my family moved there and 13 when they left. She went to school in Swedish, and was even chosen to play Lucia for her school’s Lucia concert one year! She is now in the middle of writing college application essays, and I really appreciate that she took time off from that to help me with this post – Thanks, K! Thanks to S and C for your help, also! 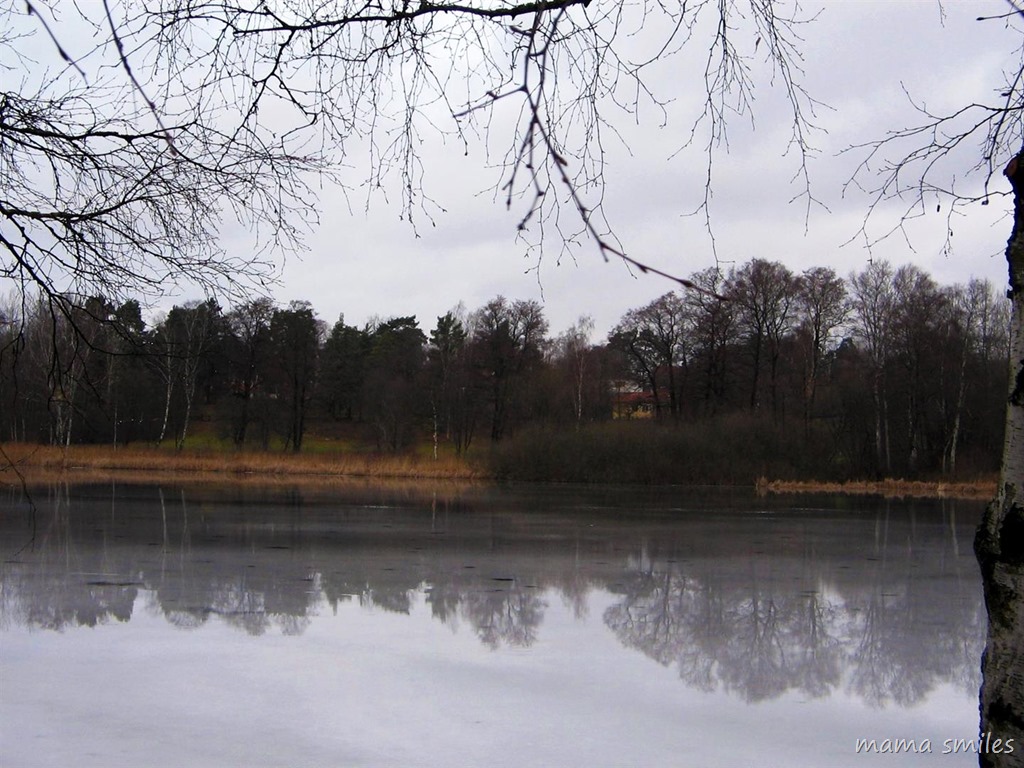 Swedish winters are long, cold, and dark, so it’s no surprise that light plays a huge role in their Christmas celebrations! My family LOVED all of the lights that were everywhere, and brought several back  that they display in their windows now. 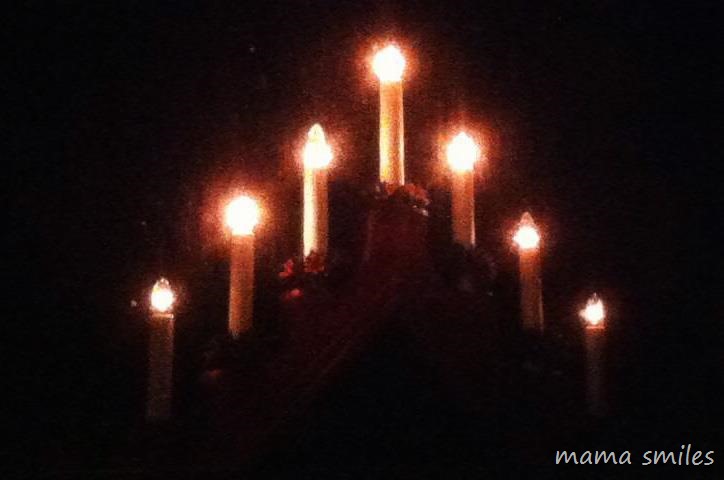 When my family lived in Sweden (in the countryside outside of Stockholm), everyone would put lights – like the set of seven candles above and the star below – in their windows in the wintertime and leave the blinds open. This made neighborhoods feel warm and inviting instead of cold and dark.

My family learned about the tradition of advent while in Sweden. An advent centerpiece contains four candles, and one is lit on each of the four Sundays leading up to Christmas. You re-light the candles from the previous weeks as well, so that on the fourth Sunday all four candles are lit. 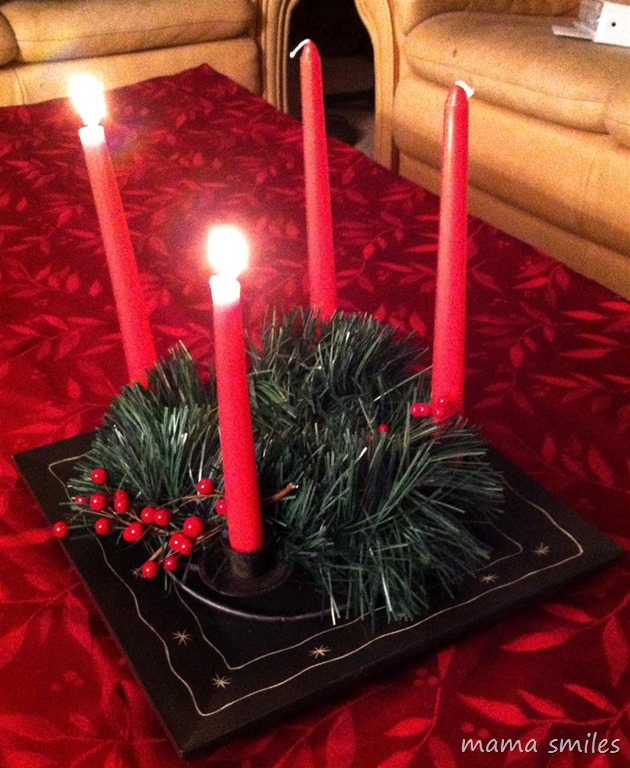 Like much of Europe, Christmas is celebrated on the 24th. One quirky tradition was that everyone watched Donald Duck cartoons every Christmas Eve at 2pm – all of my siblings’ friends would do this every year! A more well-known tradition is the Swedish Julbord feast that takes place on Christmas Eve, with fish, meatballs, potatoes, crisp bread, cheese, rice pudding, and more. 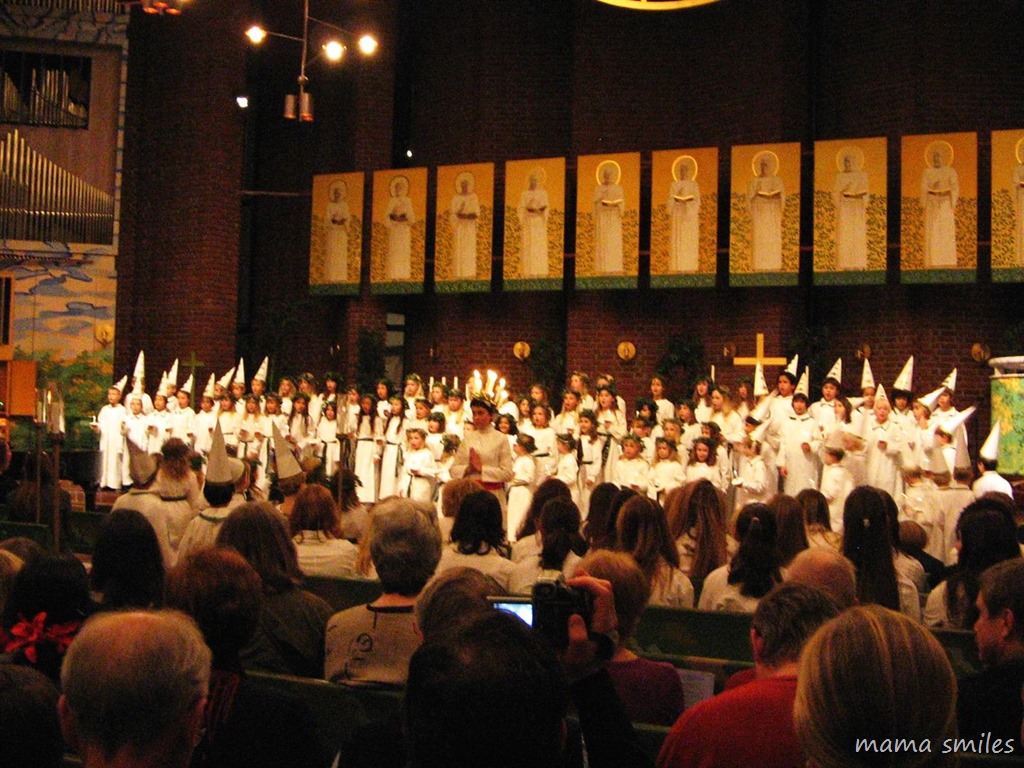 Celebrating Lucia Day on December 13th is a huge part of the Swedish Christmas season. Companies hire kids to perform Lucia concerts for them, and everyone eats Saffron rolls. One girl is chosen to play Lucia. She wears four real candles on her head, and a red sash. The other girls wear white dresses with wreaths on their heads. The boys are dressed in long white nightshirts, with cone-shaped star hats on their heads.

The focus of the Swedish winter season is on light and music – a wonderful way to cope with the darkness and cold! A lot of their Christmas music is about Lucia and light. The Christmas season also lasts until January 13th, when they all take their trees down and sing special songs. My family loved celebrating Christmas in Sweden – especially the Lucia concerts! 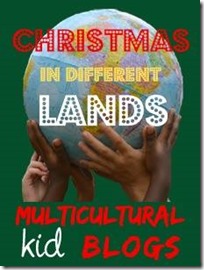 This post, along with my earlier Christmas in the USA post, is part of the Christmas in Different Lands blog hop that is being run by Multicultural Kid Blogs . Drop by this wonderful group’s site to learn about Christmas traditions from all over the world!

21 thoughts on “Christmas in Sweden”