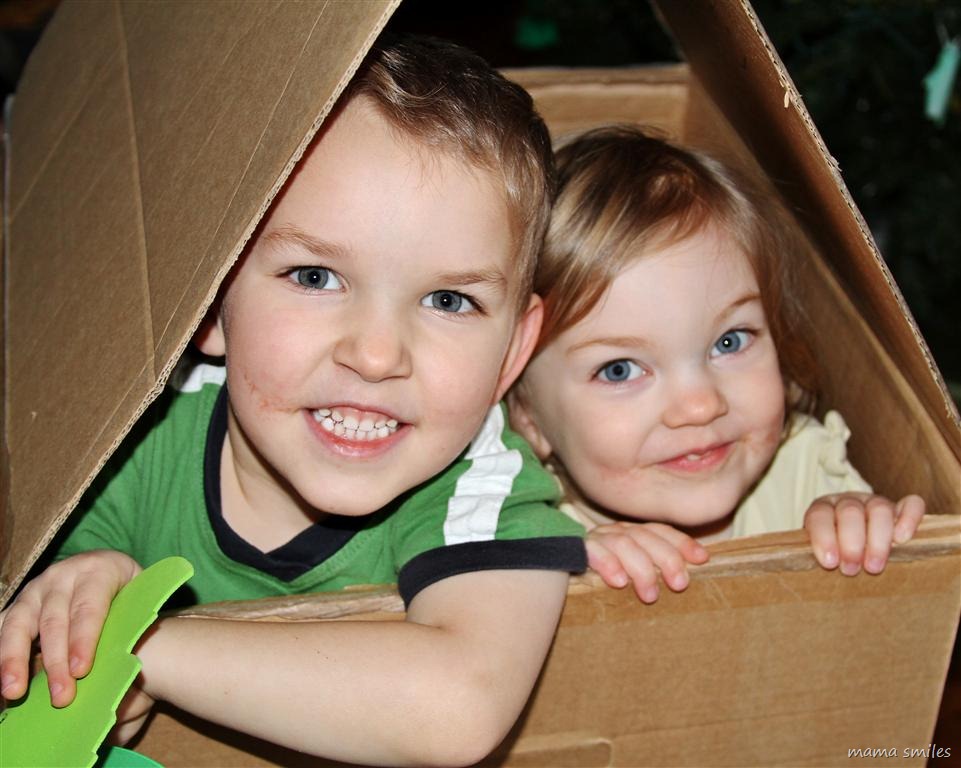 This week we spent a LOT of time playing with cardboard, courtesy of my brother’s generous gift of THREE large cardboard boxes! Cardboard makes the best toys!!! More coming on that, soon =) 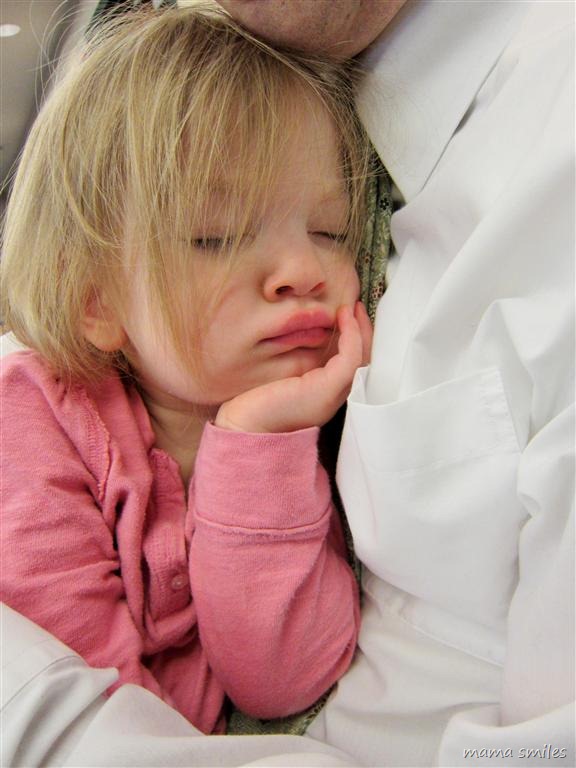 Lily took her weekly nap, which she likes to time for when we are out and don’t have a choice but to hold her. I don’t think I’ve seen her sleep in this particular pose before, though! Her hairdo is very expressive of her opinion of my attempt at a ponytail. 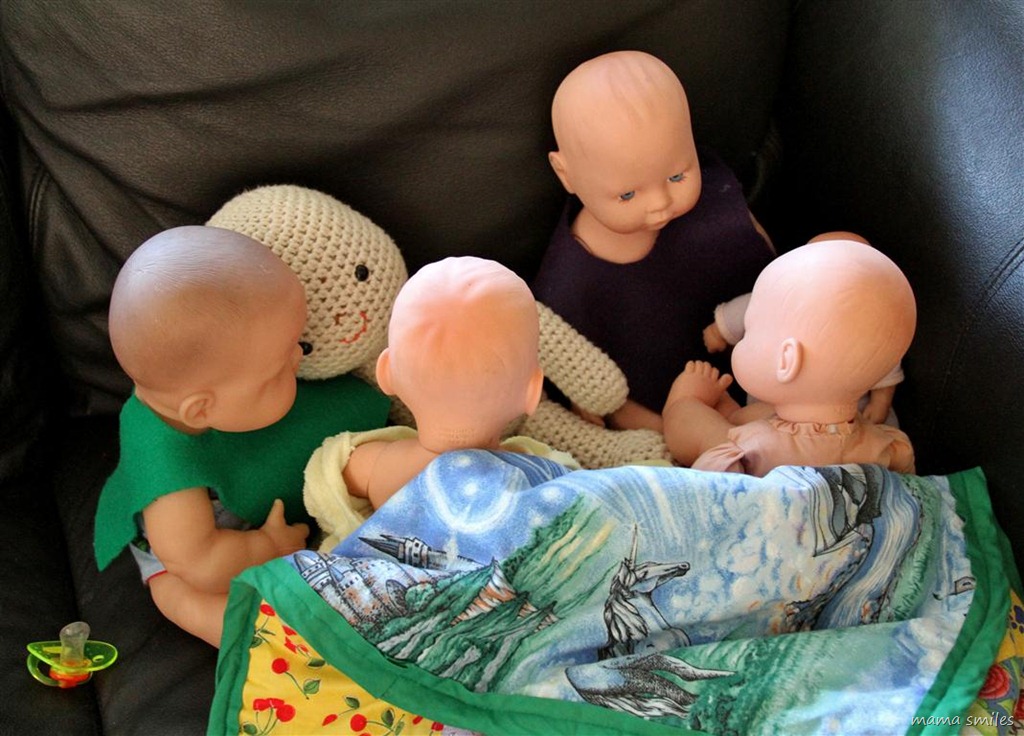 Our baby dolls saw a lot of action after last week’s photo shoot of a friend’s baby! I find it sort of funny that our little tiny baby dolls (one is on the right hidden behind the baby in the lower right corner) are called “baby babies” and the big babies are called “mommy” or “daddy” babies, depending upon their assigned gender. 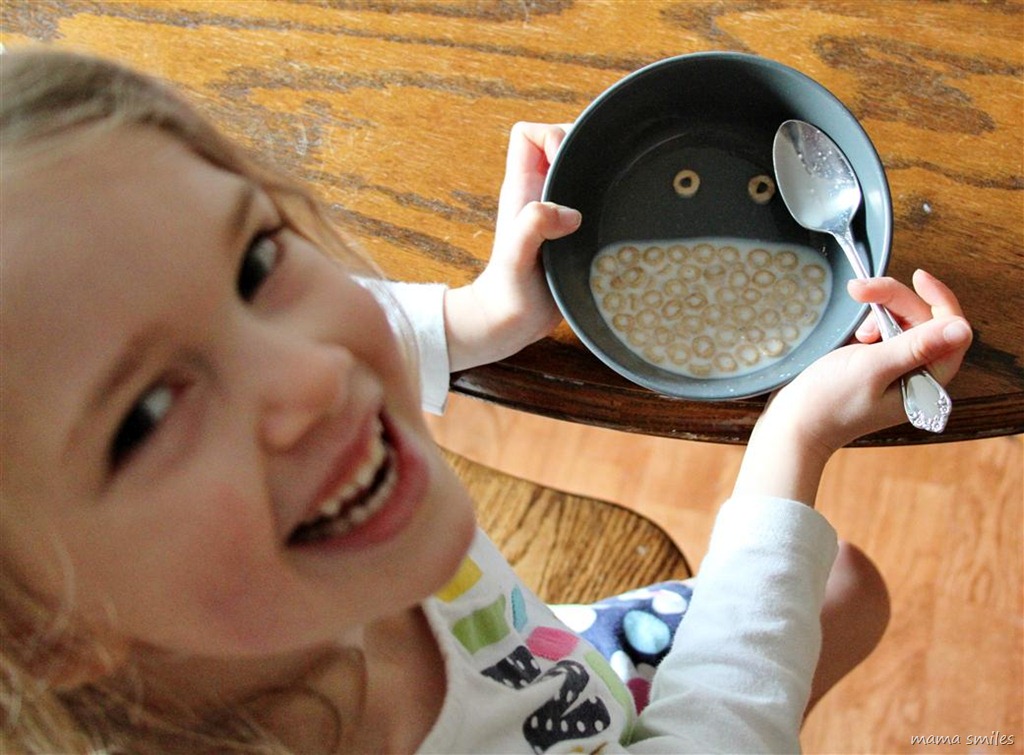 Emma discovered that she can use her cheerios to make a face, triggering much glee at the breakfast table! 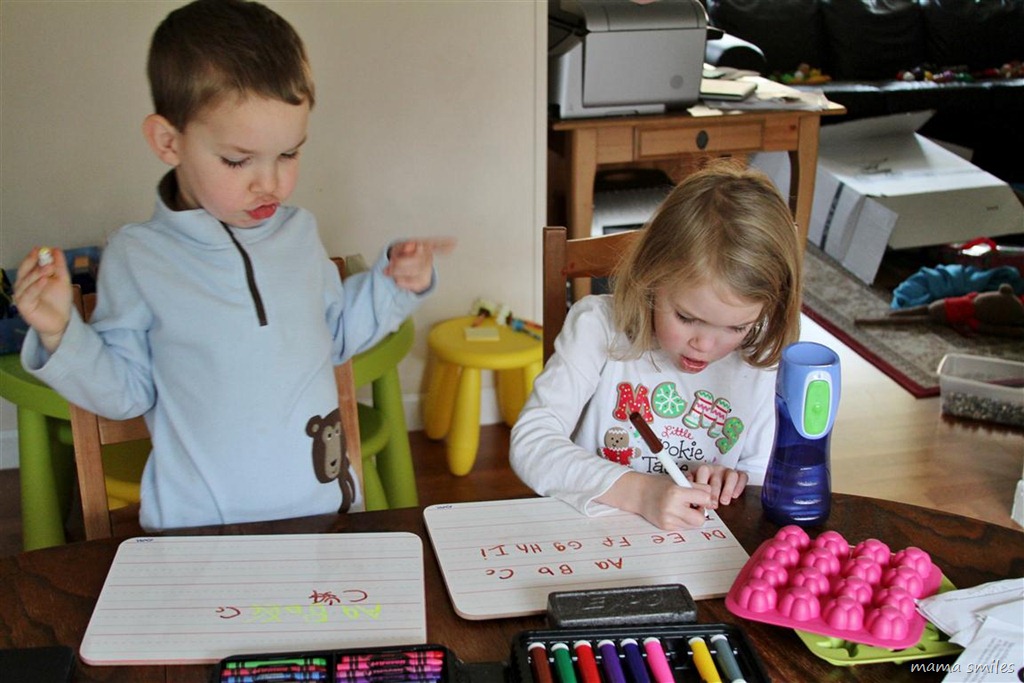 Emma is doing her best to teach Johnny how to write the alphabet in both uppercase and lowercase letters. If she has her way, he’ll be all done with kindergarten before he even starts his last year of preschool! 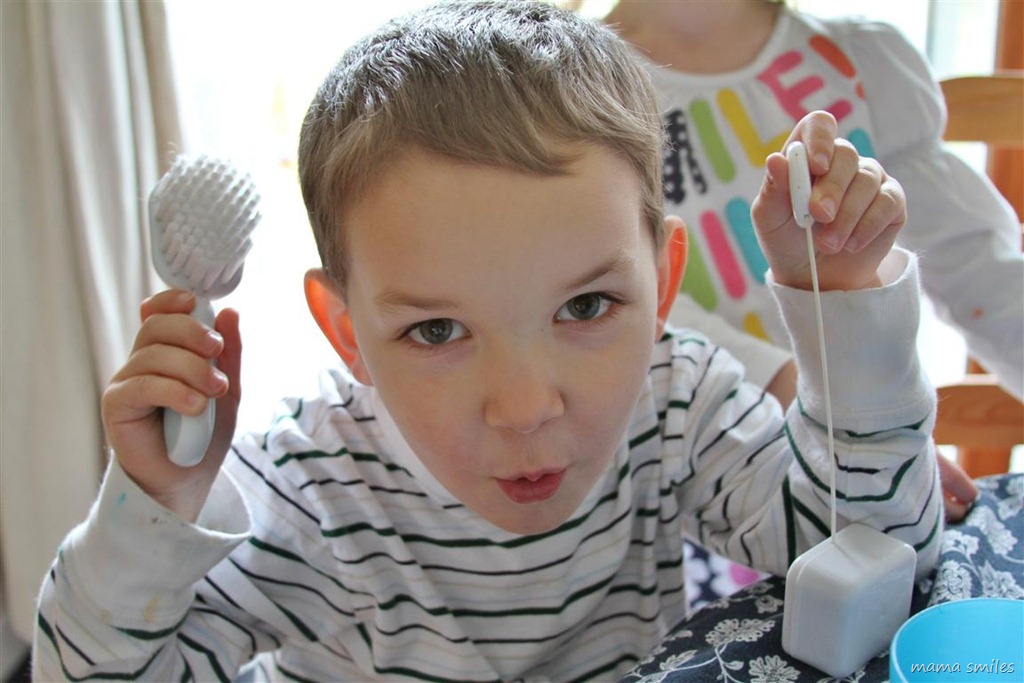 Most importantly, my favorite little boy turned four years old!!! “How do they grow up so quickly?! He was just a little baby when I started blogging! Johnny had a wonderful family birthday party, with everything exactly the way he wanted, right down to his robot birthday cake. The hit present was a very cool cardboard laptop, made by my brother B – the source of our wonderful cardboard stash!

Lily and I got to visit Johnny’s preschool as part of his birthday celebrations. He was thrilled to have us, and Lily was SUPER excited to get to participate in the class just like all the other kids. Emma was a little sad to miss visiting Johnny’s preschool, but a very cool mother-daughter blog outing to the Fashion Playtes office (complete with some serious swag for Emma) more than made up for it!

Oh, and my kids flooded the bathroom! I was letting them play with bubbles, and was saying goodbye to a friend who had come to visit. Turns out, the sink doesn’t have one of those second drains at the top (never noticed that before). I had plugged the sink (to keep their bubble water in). They turned the tap on full blast, and within minutes there were two inches of water on the floor! Luckily our house’s foundation slopes, so it all pooled at the far end of the bathroom, instead of making its way into the rest of the house. Our bathroom floor is now VERY clean. Emma would probably like me to point out that she was only involved in the clean-up, not the original mess. =)

Some links on this site are affiliate links and I may earn a small commission at no cost to you. Thank you! Learn more.
0shares
0shares
This site uses cookies to collect data about site traffic and site interaction so that we can offer better site experiences and tools in the future.OkRead more