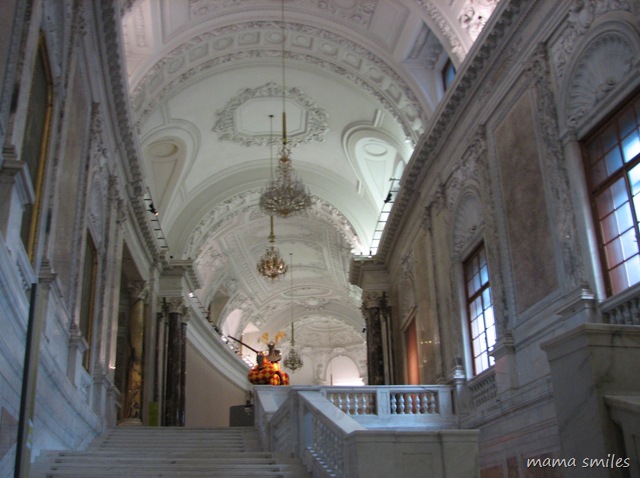 Our visit to one of the museums inside the Hofburg Imperial Palace in Vienna was one of the highlights of our trip for Emma. She called the Hofburg “Belle’s Castle”, and I must say that the name suits it well! There were even three roses braving the freezing temperatures outside.

We could only take no-flash photos, but these give you an idea of the regality of the building. The architect of this palace must have been well-acquainted with how depressing Vienna’s long, frequently sunless winters can be – there are enough windows to light the halls nicely even on this very overcast day. 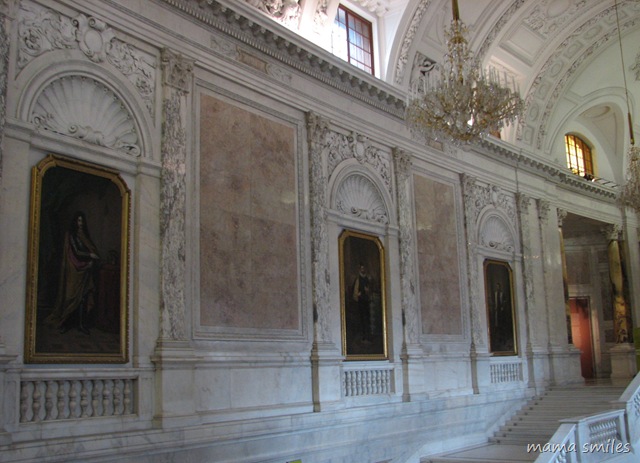 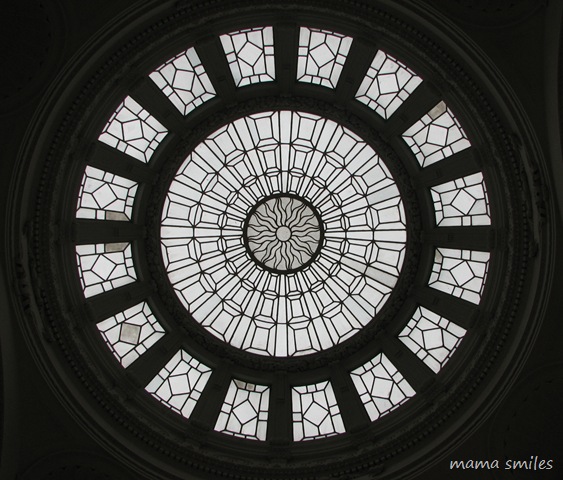 Ornate details inside a domed skylight.

Carriages waiting outside (priced way beyond our budget). 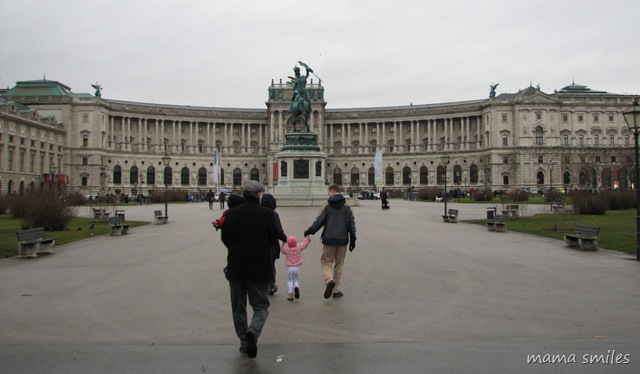 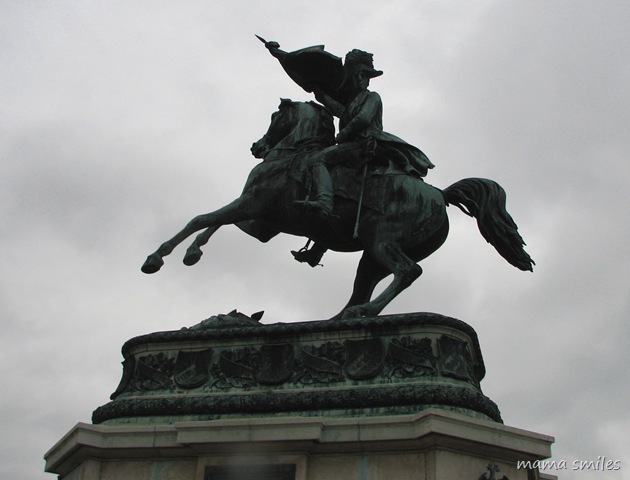 This statue of the Archduke Karl in front of the Hofburg Palace is the largest equestrian statue in the world with only two support points (the two hind legs). 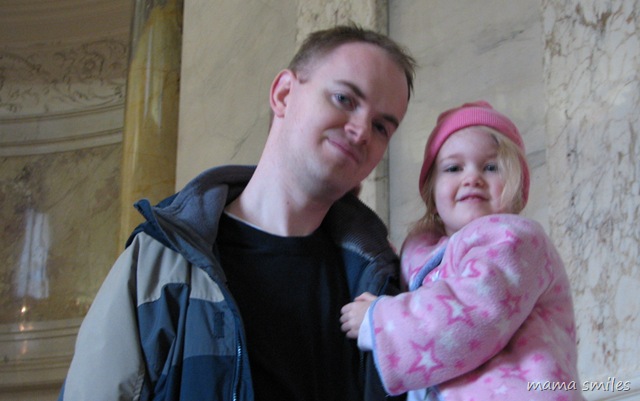