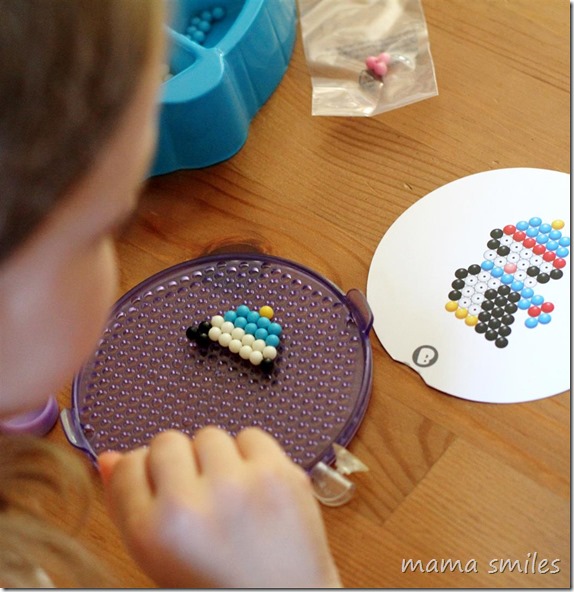 My kids love creating things out of fusible beads, but we don’t do it nearly as often as they would like because it means getting the iron out and the iron is hardly my favorite household appliance (that title goes to our washing machine, followed closely by the dishwasher). When we were offered the opportunity to try out Beados, which work like fusible beads, but are bonded using water instead of heat, I knew the kids would love it – and I was right! They spent at least six hours with these, the first time I pulled them out – building projects, and planning how to use the beads we were sent. It was a beautiful six hours, because they were happily productive, and I was able to get other things done (I did have to keep an eye on Anna while she was awake, because these beads are tiny and not for young children who might put things in their mouths. 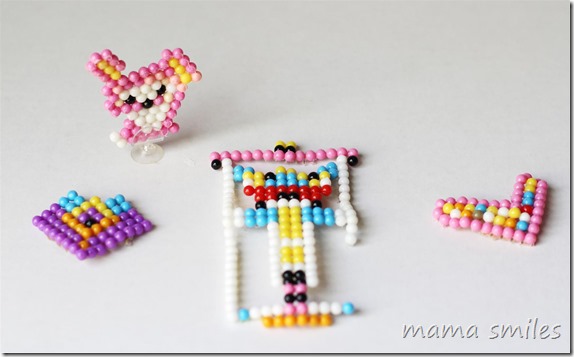 We were sent a Beados Quick Dry Station (This post may contain affiliate links which won’t change your price but will share some commission.) as well as this theme pack. The kids put in a lot of time creating projects, both using the design cards that came with the sets and making up their own creations. We had to get creative, because these designs take a LONG time to dry (think overnight, and the quick dry station, while cute and fun to watch, doesn’t accelerate the process much) and we only had two design trays. Beados recommends not spraying more than five or six times to prevent excessively long drying times, but even this many sprays took a long time to dry (and sometimes left us with beads not sticking together). Beados does recommend flipping the bead creations and spraying the other side and then letting that dry as well to create very durable creations.

Since we only had two trays, We were able to use some of our fusible bead trays, and those worked okay, although it was harder to get the beads out once dry and those trays created water pooling issues. I wish that kits came with more design trays (the theme pack did not have any trays), or that the trays could be bought separately, and possibly in different shapes (like you find for fusible beads). 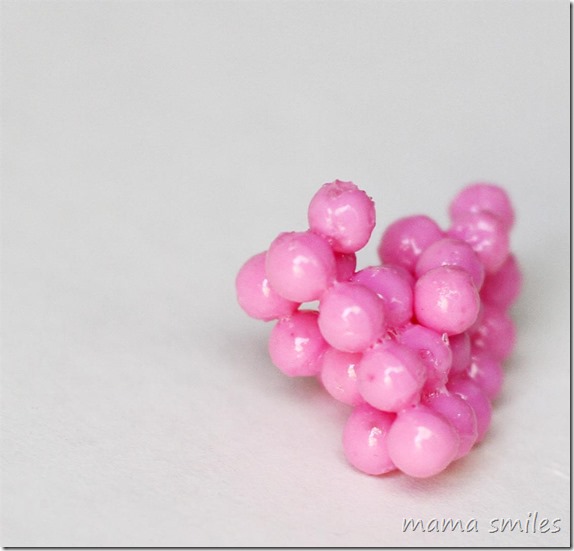 One really cool thing about Beados is that, if you are careful, you can use them to create three-dimensional sculptures like the one above! They aren’t intended to be used this way, but the kids had a lot of fun with this, although there was some frustration because the beads can be sticky when wet and sometimes they stick to your fingers rather than the sculpture. Once Beados creations dry, they have a nice rubbery texture and stay together really well!

Do you have kids who would enjoy this craft? Beados is offering Beados Starter Packs to two of my US readers! I actually think this pack is the best You can enter via the Rafflecopter form below:

a Rafflecopter giveaway
Have you seen Beados before, or played with them? Do you have another craft that you think my kids would enjoy?

55 thoughts on “Beados Review: Fuse Beads with Water, not Heat”