Children who understand who they are an where they come from thrive – family stories are so important! I have seen study after study explaining this, so I was thrilled to learn that Johnny’s second grade teacher would spend a significant part of the year exploring heritage and family stories. As part of this exploration, Johnny was asked to create an ancestry float – like a parade float – that would include symbols of who his family is and where they came from. I think this ancestry float identity project for kids is brilliant! Johnny loves to keep things simple and clean, and that is reflected in his parade float design, but he still managed to incorporating several symbols representing his family. 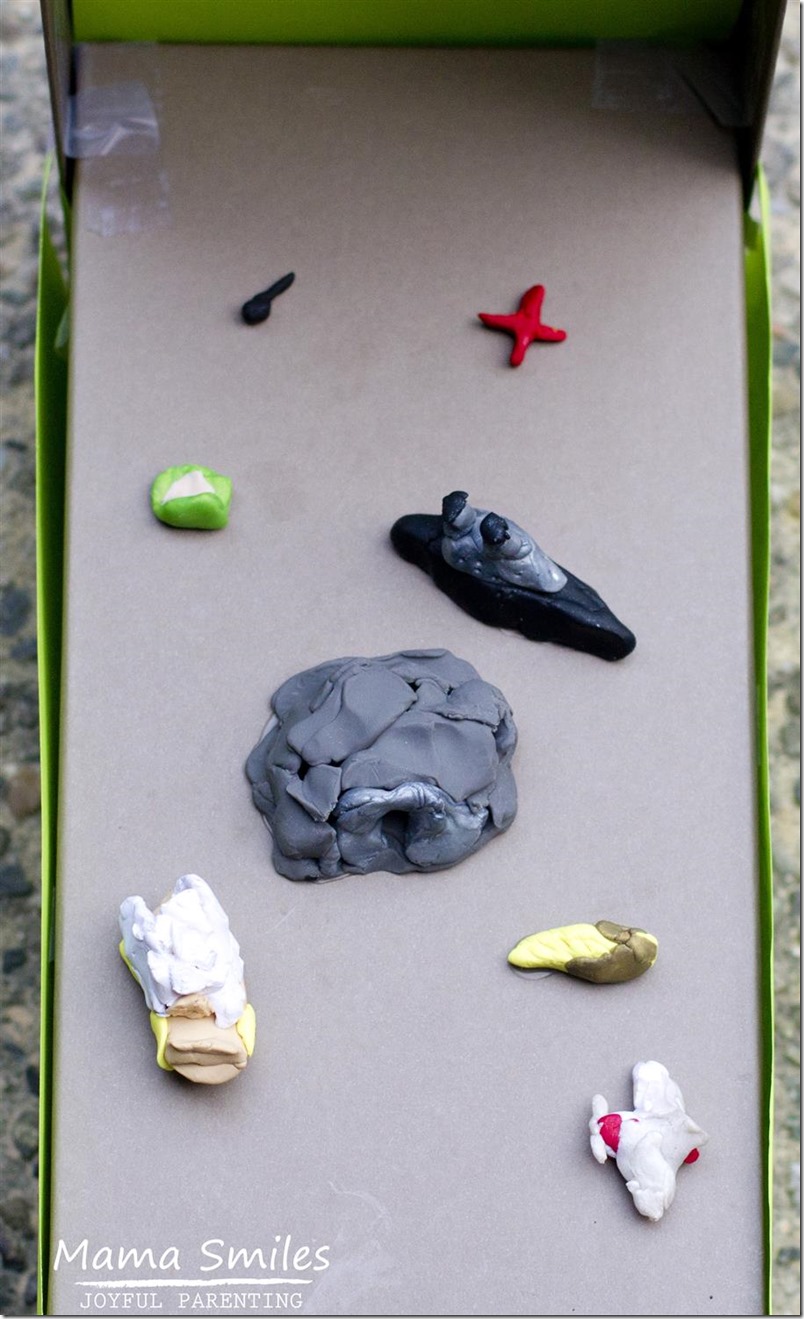 Johnny’s teacher kept this assignment pretty open-ended, and I am a big fan of kids being in charge of their own school projects. I did help him brainstorm ways to complete the project, from drawings to printing out pictures and photos. In the end he opted for Sculpey polymer clay, which is always popular in our house.

We brainstormed a lot of items that could be used to represent Johnny’s heritage. This is what he picked:

A Perler bead computer to represent his dad’s career as a computer scientist and my blogging. 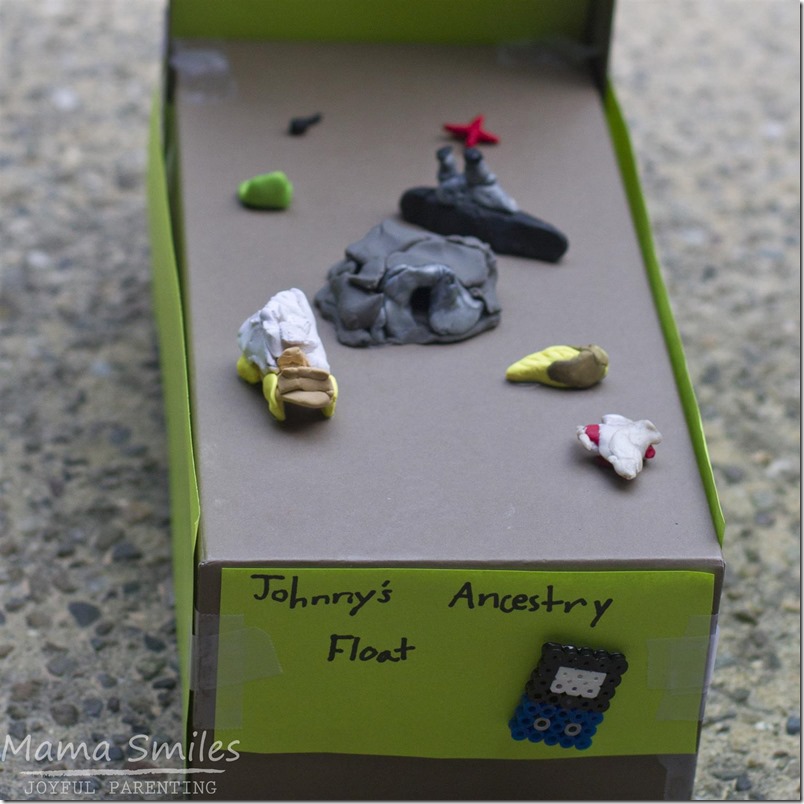 We had a list of other things to add, but some required printing and my computer and printer were all packed up (did you notice how silent this blog was?) to accommodate a new carpet installation in the upstairs of the house. That project took three times as long as it was supposed to, and then Johnny decided the project was finished. There is always more that can be added, but I think being able to say “it’s enough” is an important life skill. Johnny was pleased with the final result, and his friends thought it was neat, too – double win!

What would you put on an ancestry float?