Ordinary life with four kids, aged six and under – a day in the life of a stay-at-home mom. I purposely picked a day where we didn’t go anywhere – this is an example of what happens on those days when it can feel like there’s nothing to show for a busy day – unless you notice four happy kids! 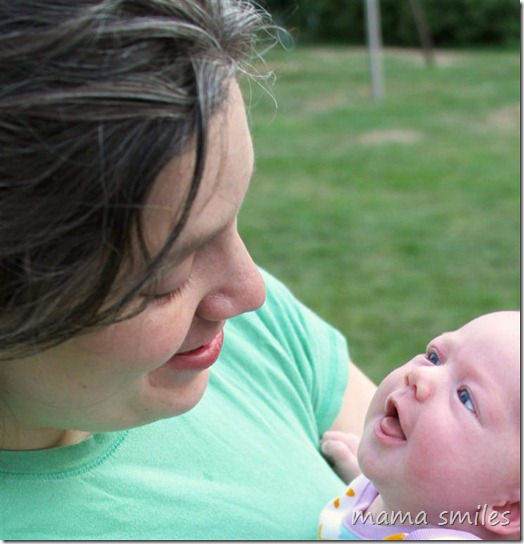 6am I hear the kids playing, mostly nicely. They come in a few times with grievances that are easily resolved.

6:30 not so easily-resolved grievance. Johnny spends some time hanging out with me. Anna is crying in her sleep. I pick her up and her crying turns to happy sounds. Johnny is feeling better and runs off to play with the the girls some more. I grab my phone and glance over email – not reading it, just finding out what will need attention this morning and deleting emails I don’t need.

7am Attempt to jump in the shower, but end up mediating a conflict over what has become (for the moment) the one spot in the house that is acceptable for both Johnny and Lily to sit. I ask Emma if she can help, she asks how, I tell her I have no idea. She laughs, thinks for a minute, then pulls out some toys and starts sketching them, successfully distracting her younger siblings. Thank you, Emma!

7:30 Anna is sleeping soundly and the three other kids are happy, so I grab a quick shower. Kids come to the door twice with problems, but nothing urgent.

8am I make the kids breakfast. I know they ate breakfast with Mike, but that was over two hours ago. They eat two breakfasts most days.

8:20 Anna wakes up. I change her diaper, and each kid gets a turn holding her.

8:35 Rescue Anna from her (overly) loving siblings, take her off to my room so she can eat in peace.

8:45 Johnny comes in, immensely proud of himself for (apparently) moving the couch to the entryway closet, climbing up it, and pulling a our advent calendar and a small wooden playset out of the top of said closet. I tell him he has to let me get things down from the closet from now on.

9:06 The kids are playing with the stuff Johnny extracted from the closet. Anna is lying across my lap making happy sounds, and I’m catching up on emails and making my to-do list for the day.

9:19 Change Anna’s diaper again. She is in a good mood. I spend a few minutes hanging out with her.

9:28 Put Anna in the wrap carrier and walk into the kitchen to find the kids pouring goldfish into the drawers of the wooden advent calendar, which they are then eating from. I take away the goldfish container.

9:40 Anna is asleep. I go to lay her down, and return to find the three other kids pulverizing the goldfish they had left in their advent calendar drawers into the kitchen floor. I’m pretty sure this was Emma’s idea, since she is holding their play rolling pin… We have a discussion about wasting food and I give them brooms to clean up. Lily dutifully starts cleaning. Johnny starts sweeping the goldfish across the floor, instead of into his bin. Emma isn’t making the mess bigger, but she isn’t cleaning either.

10:13 The kitchen is clean, and the other toys they got out this morning are put away. I can type up more of this while the kids watch videos Emma took on our camera this morning. Johnny and Lily eventually migrate over to the piano.

10:28 Anna wakes up. I feed her, and attempt to get her back to sleep, but Johnny and Lily keep waking her up. When they aren’t doing that, they join Emma looking through the cards from The Music Box.

11:20 Lunch. Emma helps me put together a muffin tin meal for the kids. I eat a pear and cheese. I have plans to make a tomato sandwich, but have to change Anna’s diaper. I’ll make the sandwich later.

12pm Another diaper change for Anna. All three “big” kids are reading books. Johnny comes in to ask if they can use some stickers. I say yes. Lily comes in and tells me she is hungry – code for sleepy and trying to eat to stay awake. She next asks to sit on my lap, but climbs down after a few minutes – afraid she might sleep and miss out on something. I help Emma read some French words, at her request. She’s very interested in French after discovering that Grandpa speaks French, too, and because Mike is headed to France for a business trip! Emma then spends some time learning a new piano song.

1:20 Anna is down for a nap, I finally got my sandwich, Emma is writing a book that she made by taping together sheets of scratch paper, and Johnny and Lily are playing together happily after a fairly significant fight over a piece of junk mail. I seize the opportunity to fold the two loads of laundry I washed but did not fold yesterday. I also start another load of laundry.

1:40 Johnny is working on a list of things he wants, and asks me to write several down for him to copy. His list consists of every character he has ever heard of followed by the word Lego set. At least I know he wants Legos! Emma’s book is apparently a fall wardrobe sketchbook, and she has moved on to cutting fabric to make said articles of clothing. Lily is cutting up the junk mail she and Johnny fought over half an hour ago (they were fighting over who would get to cut it up). Back to laundry…

2:06 I realize that Emma is gluing bits of fabric to form an outfit – on our living room rug. I have her move it to the kids’ craft table.

2:18 Laundry is put away and the kitchen is tidied up. Lily is wearing her third outfit of the day – having spilled water on her first two outfits, which in her opinion, renders them un-wearable regardless of how little water was spilled. The kids are eating bread with nutella and glasses of milk for a snack. I’ve fielded questions about the differences between boy tights (for superheroes) and girl tights from Emma and Johnny. I’ve also worked out dinner: lentils with black beans on rice, with cheese on top. Always a hit in our house. 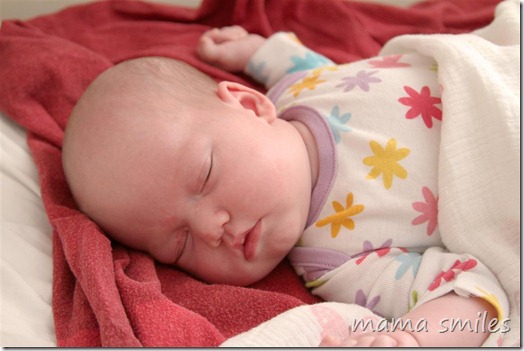 3pm Anna wakes up, I feed and change her, and relax with her some.

3:54 Anna is back asleep again. Johnny and Lily are enthusiastically finding pictures of “icky stuff” – bugs from our flashcard collection. Emma is working on her dress. Eventually she decides that gluing together an outfit is a bit ambitious, so she decides to turn it into a blanket, which she then wraps up and asks me to put away to give to Anna at Christmas. Time to start dinner prep.

5:48 Eating dinner. The kids spent dinner prep time building a play scape in their sandbox outside. Anna is still napping. 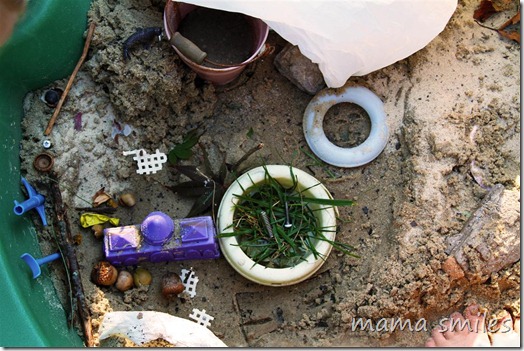 6pm-ish Anna wakes up, and Mike gets home shortly afterwards – earlier than usual! He gets to eat dinner with the kids (instead of after they are asleep, which is what usually happens). After dinner he and all the kids go outside while I clean up dinner. I join them for a while. 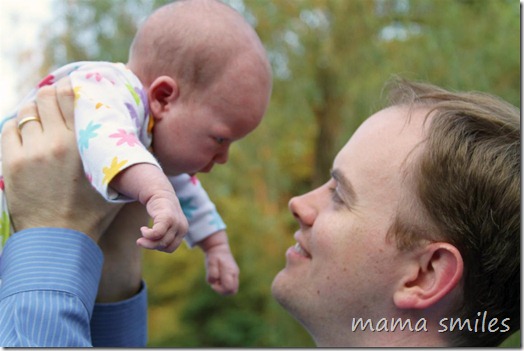 7pm Bedtime. Kids get ready, and Mike puts Emma and Johnny to bed while I put Lily to bed. Anna hangs out in her swing. Then I clean up the kitchen and tidy up the living room to a semi-presentable state. I read some emails, then hang out with Mike and Anna.

10pm We head to bed. Anna is wide awake, and pretty colicky. It’s around 11 before she and I get to sleep – but don’t feel too bad for me, she sleeps until after 3am the next day! 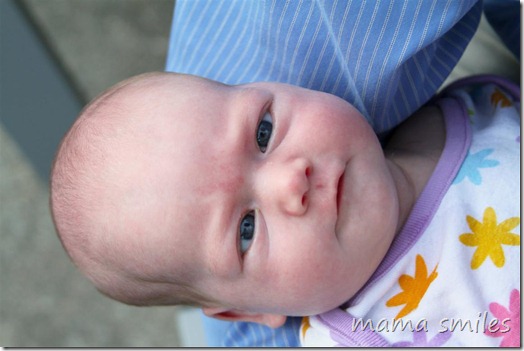 And that’s the day. Cleaning, mediating fights, feeling exhausted. Soaking up moments like those captured on film with Anna, and others treasured in my mind with my “big” kids who were much too busy for the camera. this particular day.